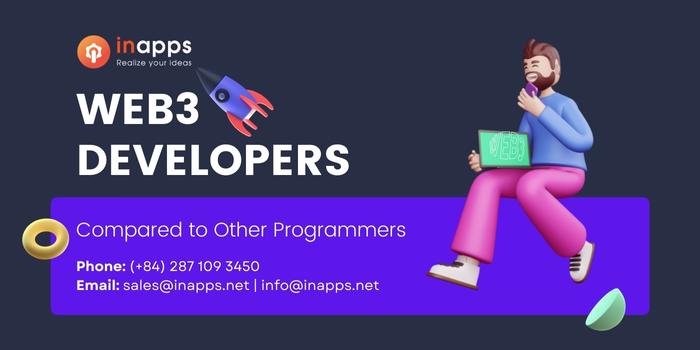 According to a report from crypto VC firm Electric Capital, there are at least 18,000 active developers in the Web3 ecosystem (available to download on GitHub). This is the number of developers who commit code into open-source crypto and Web3 projects at least once a month.

The total number of Web3 developers is likely higher because the report doesn’t count work on proprietary projects. But it’s a good proxy for how much developer interest there is in Web3.

Over 4,000 (22%) of monthly active open source developers work on Ethereum, the next highest being the 680-plus people who develop on top of the Bitcoin blockchain. Polkadot, Cosmos and Solana round out the top five blockchain projects for Web3 development.

Many new developers are also flocking into the space. 34,000 new developers contributed to an open-source crypto project in 2021 — the highest number of new entrants since 2018.

Indeed, 60% of the developers working on Web3 projects started in 2021. Over 20% of those noob developers joined the Ethereum ecosystem.

In an interview with Unchained Podcast’s Laura Shin, Electric Capital analyst Maria Shen noted that several blockchains have significant closed source aspects: Solana (one of the top five developer blockchains) is one of them, along with Avalanche, Terra, and Flow. 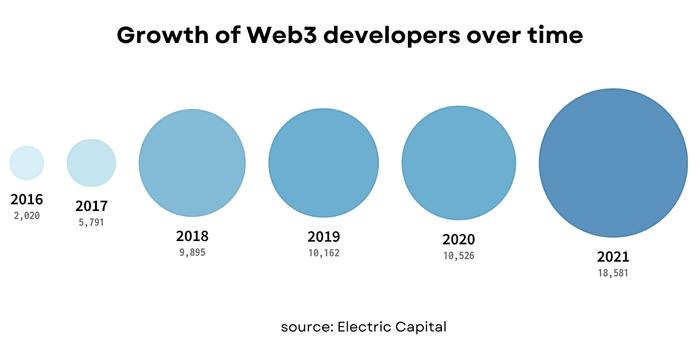 Parallels with Other Developer Markets

These Web3 trends have parallels with the broader developer open source community. Aside from Ethereum and Bitcoin, the top 200 crypto projects in 2018 have by and largely lost developers since then. This is likely because those projects have matured and don’t need as much work (it also could be because some of those projects have failed). This trend is not dissimilar to, for example, the cloud native ecosystem — where projects can shed developers once the 1.0 is delivered. 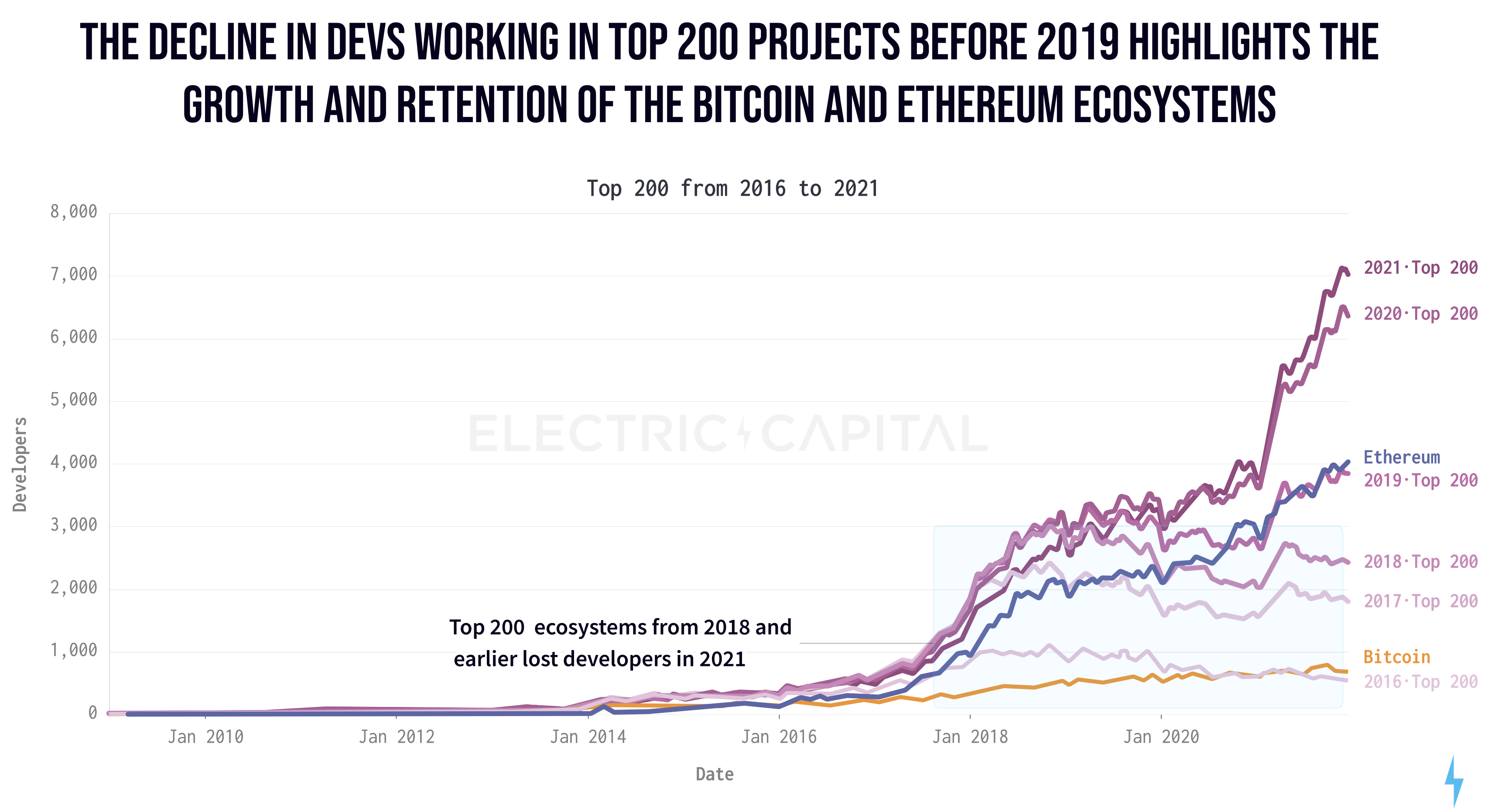 Also worth noting, the jumps in dev involvement in crypto in 2018 and 2021 happened after peak crypto valuations. That’s similar to how developers flocked to the cloud native ecosystem on the back of heavy VC investment into companies like Snowflake, GitLab and Sentry from about 2013 onwards.

As well as the increase in cryptocurrency valuations over 2021, the amount of venture capital in the crypto market has increased markedly too. VC-funded Web3 ventures likely have a long runway, which might not be the case for startups that rely solely on their coin price.

The volatile nature of cryptocurrencies makes those companies more vulnerable to developers jumping ship — whether or not their Web3 platform is open source.

Another key factor in the Web3 developer market of 2021/22 is that NFTs became very popular based on increasing mainstream fascination with the internet meme culture associated with it. That undoubtedly attracted developers, although it’s worth noting that coding isn’t as critical to the success of an NFT as it is for a full-on “decentralized app” (Dapp).

As Shen noted, “ if you look at an NFT collection, […] a lot of it is deploying a [smart] contract — and that’s most of the code. And so the amount of code that’s written is sometimes very minimal.”

Web3 Developers Compared to Other Programmers

Let’s not get ahead of ourselves though — 18,000 active developers is a drop in the bucket, relatively speaking. As Electric Capital noted in its report, “The growth of developers in Web3 has been record-breaking, but still represents a small, and rapidly expanding, percent of software engineers globally.”

The 18,000 number is tiny compared to the overall web developer market. According to SlashData, a developer research firm based in London, there were over 26.8 million “active software developers” in Q3, 2021.

JavaScript alone has 16.4 million developers, with Python the next most popular at 11.3 million.

Java is another enormously popular programming language, with 9.6 million developers according to SlashData. Given its recent growth trajectory, JavaScript is probably adding 18,000 new developers per week. 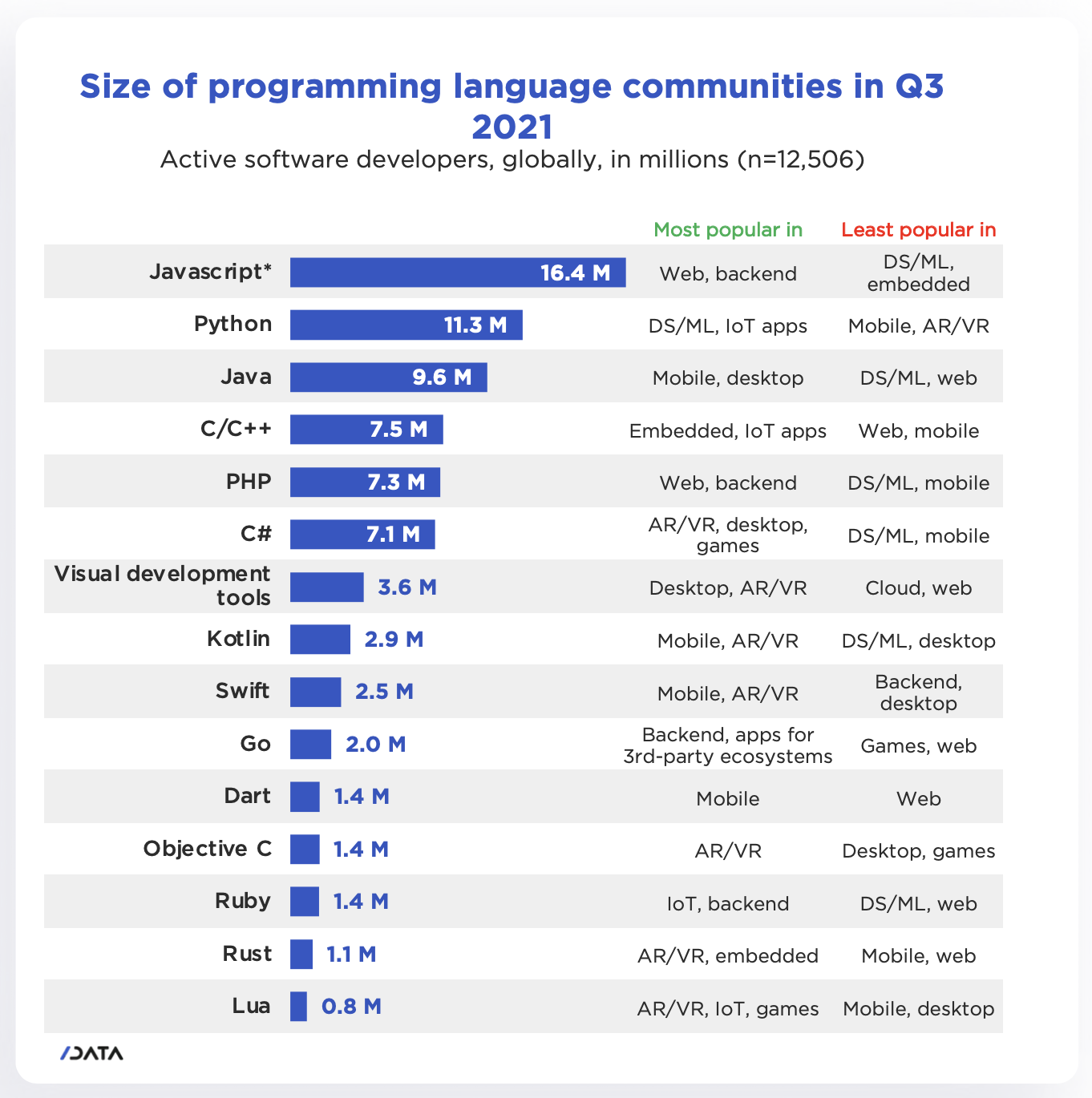 Even in comparison to the cloud native ecosystem, Web3 is still very small. According to the Cloud Native Computing Foundation (CNCF), there are 6.8 million cloud-native developers.

One of the refrains of Web3 advocates is that we’re at the early stages of this era of the internet. While that partly explains the low number of Web3 developers, another factor is that many in the wider web developer community are highly skeptical about blockchain technologies.

The latest high-profile developer to express reservations about Web3 was ​​Moxie Marlinspike, founder of the encrypted instant messaging service, Signal.

In a blog post that attracted over 28,000 likes and 10,000 retweets, Marlinspike wrote about his experiments in creating a Web3 app. His conclusion: “I don’t think it’s on a trajectory to deliver us from centralized platforms” (a.k.a. Web 2.0).”

Despite the current developer skepticism, there is a lot of interest in potential blockchain applications. For example, Dot Com billionaire and investor Mark Cuban thinks NFTs could change book distribution.

In a tweet, he wrote that by distributing a book as an NFT, the smart contract associated with that NFT would enable “the payment of royalties to the author, publisher, teacher, school, whoever.”

Like everything to do with the blockchain, it sounds good in theory to decentralize book distribution, but in reality, the current technical infrastructure is probably not up to the challenge.

But to advocates of Web3, that’s the beauty of this new framework for web applications — it’s a blue-sky field and if developers can ever get it to work, it could be very financially rewarding to all concerned.

How to become a web3 developer?

a web3 developer is someone who develops blockchain-based technologies. This person is working to make a decentralized world a reality, and it is not for the faint of heart! A web3 developer typically has an expert understanding of computer science and mathematics.

If you want to become a web3 developer, you need to understand these three key concepts:

Web3 developers must know the fundamentals of programming and how to use blockchain technology. The main languages web3 developers will work with are Solidity, Python, JavaScript, C++, and Go. Additionally, they need to have excellent knowledge of data structures and algorithms.

Need a consultation in Web3 development or need to hire Web3 developers for your project? Don’t hesitate to contact InApps. We are ready to help.