What Is the Path Forward for Novice Developers? – InApps 2022

Read more about What Is the Path Forward for Novice Developers? – InApps at Wikipedia

You can find content about What Is the Path Forward for Novice Developers? – InApps from the Wikipedia website 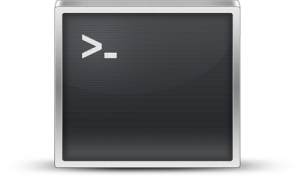 Still, I tell myself, being able to track down a bug some of the time is way better than never. Not so long ago, “never” was all I had. Since then I’ve picked up a few tools: diffchecker.com helps find syntax discrepancies, though my skillz are far enough along that, say, using a semicolon instead of a comma doesn’t much trip me up anymore. Now I need the code equivalent, some place I can plug in this irksome dispatch table and find out just why the heck it’s refusing to play nicely with all the code that came before and that USED to work. Oh, wait, that resource does sort of exist, in the form of Stack Overflow.

But what, I muse, will it take to reach the point where I am one of the people providing solutions instead of seeking help? How long does it take to progress from raw boot-camp beginner to reasonably seasoned — and, more importantly, readily employable — web dev? Most importantly, what is the best route between the two?

Bent in the Undergrowth

I’ve been at this long enough — and learned just enough — to realize that there is no best route, no well-trodden trail leading from utter n00b to code ninja. And I’m not the only one. There’s a whole world of wanna-be coders out here, newly emerged from some boot camp or online course promising to make us irresistibly employable with just weeks of work (and a valid credit card).

Even tech industry insiders are confused these days — I refer you to Jose Aguinagua’s much-circulated Hacker Noon essay, “How It Feels to Learn Javascript in 2016” which generated global howls of “hells yeah!”

Everyone else gave up, at least for now, because this shit is hard. And I totally do not blame them.

Best I can tell, the whole teaching-self-to-code-to-get-better-job process is like a snake consuming its own tail: You need the skills to get the job. But the best way to learn the skills is by doing the work — only, what work? It goes round and round and round. Once the nice boot camp people have dropped you off at the curb and wished you good luck, it’s time to build something. But what, and how? It feels kinda like being presented with all 5,196 pieces of the Lego Star Wars Ultimate Collector’s Millennium Falcon and told to get cracking, only with no instruction booklet.

So. The path is made by walking. And I’m doing my best, but my tracks must look like a snake on ice as I slip and slide from supplementary online JavaScript lessons to Wes Bos tutorials to Gordon Zhu’s Practical JavaScript to Codewars to starting a JavaScript self-study Slack channel support group with some other wanna-be web devs in the same leaky boat. This group is drawn from other recent boot camp grads from the academy where I did my front end course, and in just two months we went from fifteen to three members. Everyone else gave up, at least for now, because this shit is hard. And I totally do not blame them. If I had other options, I too would probably run with those.

But we three hardy study group survivors have the same thing in common: We’ve got no plan B. We are all mid-life professionals transitioning from other careers, some with kids and all with mortgages, and we are going to find success if it kills us. Which some days it feels like it might. The problem is, what’s the best next thing to work on? Learn React or Angular or Vue, or stick with vanilla JS? There’s a free Ruby on Rails “build an app in a weekend” workshop, is that worth going to just to show flexi skillz? If every time you build a “to do” app a puppy dies, what the hell else should you build? Attempt to build. Somehow. Please, god, let it work this time.

We are figuring out as we go, comparing notes on versions and editions and compilers and transpilers. “You Don’t Know JS” versus “Eloquent Javascript.” The most effective places to learn online, best projects to tackle for our dev portfolios, best meetups around town to go to score free beer while networking with tech types who might be looking for a junior developer. We cheer each other on, help each other figure out code snafus and, most crucially, keep each other accountable.

We made a pact to meet at a recent Baltimore NodeSchool event to Learn Us Node, only I was the only one who showed. Turns out Asa’s babysitter bailed, and Zac’s boss had called him into work with an “emergency.” (Zac works in marketing. Is there such a thing as a bona fide weekend marketing “emergency”?)  And I will be honest: I struggled with the node tutorial, even though I use node.js all the time. Those four hours felt more like four years. And there wasn’t even any beer.

More about this next time, in the Code N00b: The Continuing Adventures.