Read more about Why I Need a Tester – InApps at Wikipedia 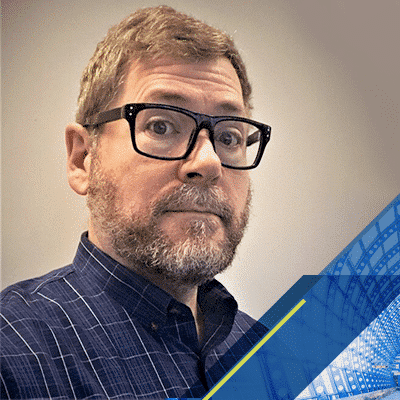 James is a consulting software tester and Technical Fellow at Tricentis. He is also the founder and CEO of Satisfice, Inc., a software testing consultancy. He is a founder of the context-driven school of testing, a charter member of the Association for Software Testing, the creator of Rapid Software Testing methodology and Session-based Test Management.

I need a tester.

Why do I need a tester? I am a tester!

Still, I should have one. I am wearing a developer’s hat today, and there are things a developer won’t do.

Last week, I wrote a lot of code on the Tricentis project I’m working on. It took me 37 hours to write and debug this code. Well, the amount means nothing, I suppose, except it feels like a lot. It’s “backend” work, a parser that scans test notes and test code and indexes them in a particular way that lets me construct a narrative of the test process.

I’m writing code because I have a vision that is hard to communicate and not fully formed. Along with my Tricentis colleagues, I want to create a very particular tool to help testers. We don’t yet know for sure if the tool is feasible, so this is R&d with an especially big R and small d. The process is something like solving a Rubik’s Cube. (Disclaimer: I have not yet successfully solved a Rubik’s Cube. If you have, it’s because you googled how to do it, didn’t you, you cheater!)

As a subject matter expert, my job is to design, not implement. But although I could describe the tool to our official developer, I’m afraid I’d drive him crazy with my constant modifications and backtracking. It’s easier to code the prototype myself and work out the design problems as they come. The result of this process will be a precise, implementable specification for a product that I will have already experienced and shown to my colleagues. We can later build the full-scale thing, after we answer the most crucial question: Do we even want a product like this?

As I write the code, I must also test a bit. Good thing I enjoy testing. Except, I don’t have time for that! I have features to add. A prototype might not need production quality, yet it must be robust enough to allow us to experiment with realistic test data. Notice the zig-zagging pattern of my words? Claims followed immediately by counterclaims. This is me pondering a tradeoff.

All developers are caught up in this tradeoff. We write instructions and quickly check them to see if we built what we think we built. There are various methods and tools for this. But all of them, I think, are intentionally shallow. By that I mean they reliably find only certain obvious bugs, not the subtle ones. Shallow testing is popular because it is non-disruptive. It’s polite. It’s not creepy. It doesn’t overstay its welcome or scare the dog.

If I want deep testing, I must carefully set aside my dainty white beaver developer hat, trimmed with velvet leaves and red berries. I must instead don my tester Fibrosport mask, gas up my tester chainsaw and go on a spree. Of testing. That is a very different sort of process, and it can be rather messy and time-consuming.

That’s why developers won’t do it. Deep testing stops development. It’s not necessarily a matter of skill or interest. It is nearly always a massive distraction.

What Specifically is Distracting about Deep Testing?

I’ve been making notes as I go. I’m watching myself do some kinds of testing while avoiding other kinds. This is what I’ve been avoiding so far:

Then There Is the Mindset…

You better believe I’m ignoring all of those things right now because I’m creating a prototype. But in the back of my mind, I’m wondering if some of my design choices are going to be unworkable down the line. In the back of my mind, a slumbering tester mutters incoherently and rolls over.

It’s hard to explain the tester’s mindset to most people, because most people don’t want trouble. Testers crave trouble. It validates us. Being a good tester is like being a good conspiracy theorist, except one that is rational and helpful. If a developer tells me, “This is a product that does…” my first visceral response is “That’s what they WANT me to think!” I hope I don’t say that out loud. But to be productive as a tester, I must approach every claim with active suspicion. I mean that. Every claim. For normal people, this attitude is exhausting. Just as with unproductive conspiracy theorizing, there’s no limit to it. Good testing can always go deeper. You could say that the urge for developers to stay in a positive mindset is the same instinct that says “don’t look down” when climbing a very high cliff. I like to think that testers look down so that everyone else can look up.

Twenty years ago, I worked with my brother Jon on software for our test project at HP. As I was coding, I would copy to a floppy disk (if you are too young to know about them, a “floppy disk” was a sort of wax tablet used by computer scribes) and literally toss it over my shoulder to him so he could test it. He stayed in the tester’s mindset: critiquing, looking for trouble. I stayed in the developer’s mindset: trusting my libraries, focused on overcoming the next obstacle. We worked concurrently. It was wonderful.

I could use a tester like Jon, right now…

InApps is a wholly owned subsidiary of Insight Partners, an investor in the following companies mentioned in this article: Tricentis.