Cloudflare’s widespread outage a few weeks ago underscored both the inherent fragility in DNS connections and the importance of building in redundancies to help ensure that such a worst-case scenario does not ever happen.

While seemingly a network operations dilemma, putting the solutions in place to mitigate such a disaster from occurring is very much a DevOps problem, involving the developer and security teams as much as NetOps, by building redundancy and other checks at the very beginning of the software production cycle.

While Cloudflare — an NS1 competitor — did have DNS redundancy built into its infrastructure, the resulting traffic drop in its network infrastructure was about 50% throughout its network and resulted in a 27-minutes outage of Cloudflare Internet properties and services, Cloudflare Chief Technology Officer John Graham-Cumming wrote in a blog post.

A router overload in the state of Georgia resulted in the Cloudflare outage. One way Cloudflare learned to prevent such an event from recurring was to set a limit on the Georgia router’s traffic for BGP sessions. This will result in the shutdown of the router thus diverting traffic away from that part of the backbone, attracting traffic from across the backbone, Graham-Cumming wrote. The fix also involved ensuring that a single router location will not attract such a magnitude of traffic that an overload will occur. 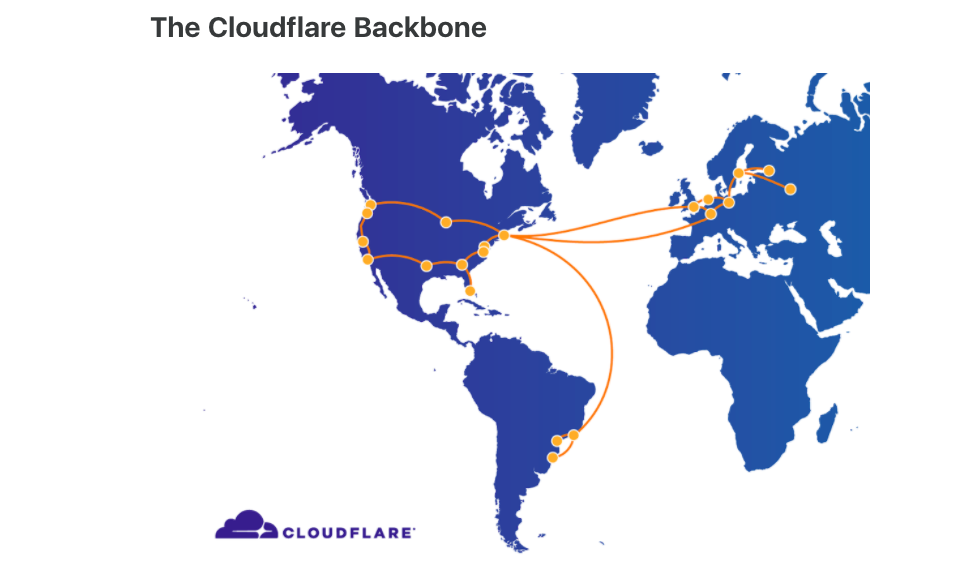 However, no network provider’s infrastructure is 100% foolproof. “If you’re interested in how to avert such a [Cloudflare-like disaster] if you’re a customer of Cloudflare, the only way around that is to have two DNS providers or two vendors,” Sullivan said.

An organization might, for example, rely on two DNS vendors, and then use middleware such as Terraform across the network fabric to take advantage of common features the two providers offer. A DNS record, for example, might point to an application stored in three different data centers or cloud environments. The record is then written to NS1’s API and to that of another vendor for added redundancy, Sullivan said.

However, in this case, “you’re a little hamstrung because you can only take advantage of features that exist in both places,” Sullivan said. “But if uptime is really the most important thing, we tend to see people” selecting two vendors for redundancy for their critical domains and then “leveraging us for other specific types of workloads.”

Another option Sullivan said is unique to NS1 is that customers can “leverage all of all of the DevOps trends,” such as adopting Terraform, for example, and “have the ability to go to a cloud provider and push a button and turn on new infrastructure,” Sullivan said. “With a vendor like us, you can have physically logically separate DNS delivery networks, and you get your redundancy and isolation.”

If NS1 were to “get hit with some massive DDoS attack,” for example, “you still have this other network, totally independent of us, that’s got all of your configs and all of the advanced traffic management capabilities and all the bells and whistles,” Sullivan said. 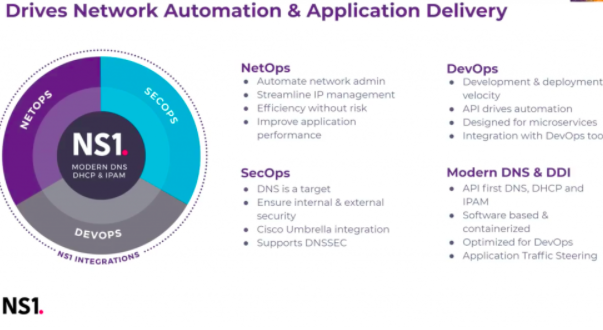 The collateral damage organizations seek to protect themselves from when network disruptions occur varies, of course. Some might just lose developer productivity when they can longer upload code remotely to a Git repository, while others might stand to lose millions of dollars in just a few hours. However, in either case, all DevOps teams, including development, security and operations and NetOps must take DNS and connectivity into account at the very beginning stages of when an application is built.

“Preventing outages is typically an afterthought because you’re so busy running and building your business and it’s ‘if it ain’t broke, don’t fix it, But from time to time again, DNS and network connections are sort of a house of cards and sometimes it’s incredible that it works at all after decades of existence,” Sullivan said. “Redundancy must be something you think about while you’re building the application — because a pull-down afterward can be really painful, and in some cases, it’s impossible without a full application rewrite.”

NS1 is a sponsor of InApps.