Read more about DevOps Efforts Improving, But Not Done – InApps at Wikipedia

The DevOps industry as a whole is improving in its ability to deliver software with speed and stability, though some companies seem to be treating it as a one-and-done project.

That’s among the findings of the 2019 Accelerate State of DevOps report.

DevOps Research and Assessment (DORA), which was acquired by Google last year, applies academic-level rigor to research on software delivery performance. Its core metrics — commit-to-prod lead time, deployment frequency, change failure rate and mean time to restore – have become the benchmark many companies use to measure their performance and part of software products such as CloudBees’ upcoming Software Delivery Management offering.

DORA uses those metrics to rank companies from low to elite performers. This year the elite group broke with the high performers and nearly tripled from 7% to 21%. The group of low performers shrank, but, in a worrying turn, the high performers dropped from 48% to 23%, while the middle group grew from 37% to 44%.

The research is totally anonymous, so no company is specifically called out. The research had more than 31,000 participants around the globe.

“[We’ve found] you don’t have to sacrifice speed for stability or stability for speed. And for six years in a row, we’ve found that technology drives business value, said Nicole Forsgren, Ph.D., a former university professor who serves as DORA lead.

“It shows that this elite performance is possible for everyone, you just have to execute. I say ‘just,’” she added, laughing. “It’s hard work, but we show you what you have to do.”

There is a small portion of the high performers who fell back into that medium-performance group, which can’t be considered a good thing.

“You can’t just sit on your laurels and say, ‘I have arrived! I’m in the high-performing DevOps group, I’m done working,’” she said, adding that reasons for this might be that the company was struggling with growing complexity, that investment was cut or short-sighted leadership.

“If technology is what is driving value for your end users and customers, that doesn’t make sense. Why would you stop investing in the technology that delivers value?” she said.

“Some organizations have in their heads that they’re going to do ‘a transformation,’ and when that transformation is done, they are done. They move to the cloud. They check off their box. They get the gold star on their forehead. Done! That’s not the way it works.”

Other key findings from the report:

The report this year has a new model on improving productivity.

You can’t measure things like output or lines of code or story points or bugs squashed as a measure of productivity, Forsgren said.

“I can write lots of lines of code, but I would have bloated software that contributes to technical debt. You can’t do story points, because you’ll have one team that refuses to help another team because that will reduce the story points,” she said. 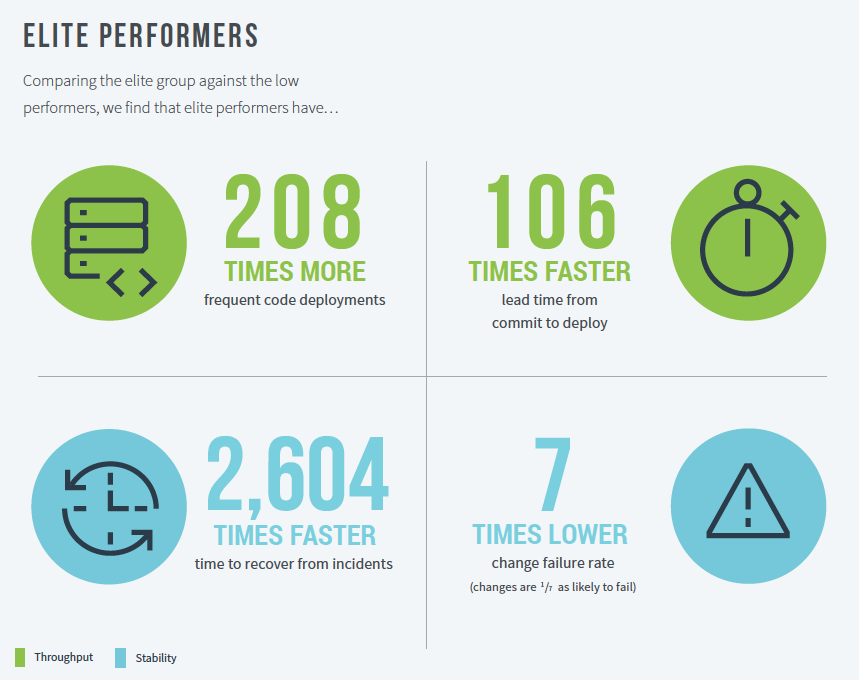 “So what we find, coming out of Google and also some work at Microsoft Research, is that the best measure of productivity is actually getting people to say, ‘I was able to get complex, time-consuming tasks done without distractions and interruptions.’ We understand if we have that type of day,” she said. “We know when we have those days.”

When you hit that zone on these kinds of days, you can go home feeling pretty fulfilled. You’re not spinning forever on the things you didn’t get done, she said. It also helps prevent burnout. We want to be productive, but we also want to have work/life balance. This is a significant problem. The World Health Organization formally recognized burnout this year, she noted.

Organizations can make smart investments to support this type of productivity. One is supporting a culture of psychological safety. Another one is investing in good, easy-to-use tools.

Traditionally, we didn’t think this was something we had to do. We think they’re experts, they can figure out any tool. But they’re doing such complex work, if we can give them useful, easy-to-use tools, they can focus on the complex work and not the tools, she said.

Internal search is also important. If workers can find the information they’re looking for, that helps speed up work. That’s an issue that projects like Lyft’s Amundsen set out to tackle. 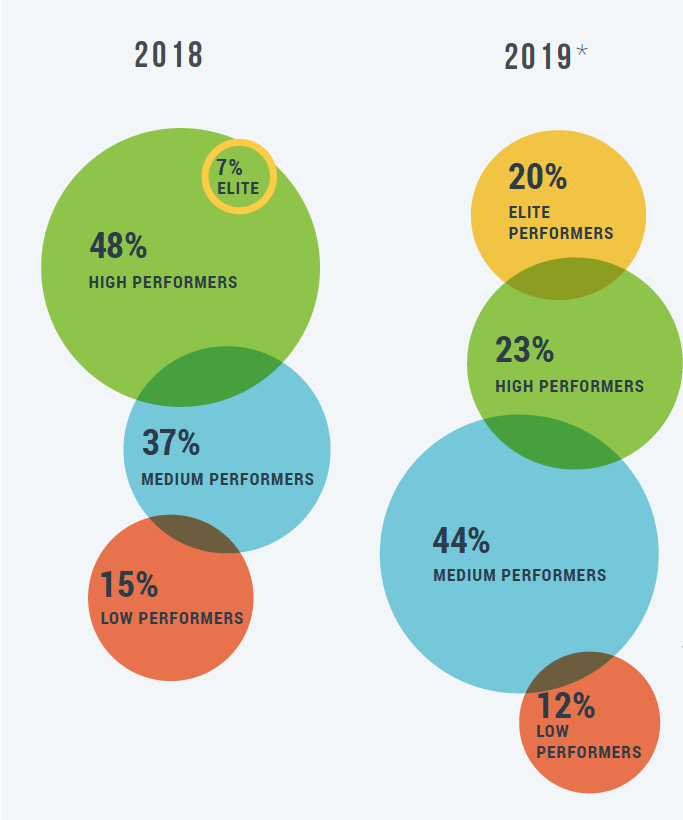 A follow-up with the highest performers found the best strategies for scaling DevOps within the organization involved building communities at all levels. That doesn’t mean dojos or centers of excellence, which only create more silos. She called dojos, “no goes,” citing a lack of evidence that such learning translates back to the worker’s “real job.”

For resource-constrained organizations, she urged finding smaller projects to which it can devote adequate resources before moving on to something larger.

CloudBees is a sponsor of InApps.