Every application does not need to be decomposed into microservices, but the conventional wisdom is that the practice is becoming widespread. DZone’s recent survey of 605 software professionals sheds light on the matter: Twenty-six percent of respondents use a microservices architecture for at least one production application. Another 27 percent use microservices in development, leaving 47 percent having no exposure to that type of architecture. 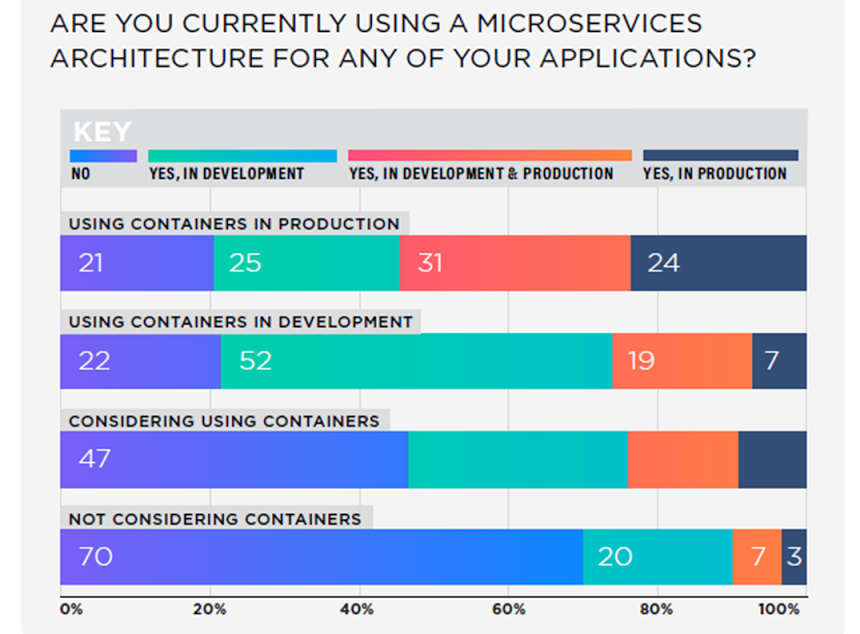 Microservice adoption is likely to continue, especially as best practices continue to evolve. Yet, with many applications not worth the effort of refactoring the progress will likely be gradual.

As a side note, DevOps and continuous delivery are 80 percent more likely to be practiced by those using microservices in production: 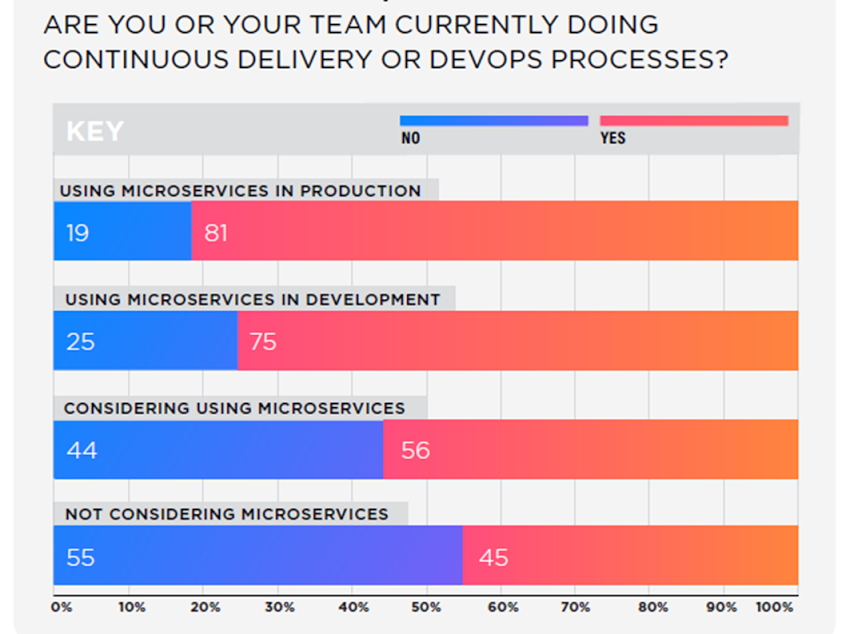