Software delivery platform Harness has released a series of updates to its Harness Continuous Integration (CI) Community Edition, which is based on Drone, the open source CI platform the company acquired last year.

With the update, Harness CI Community Edition gets an overhauled user interface alongside pipeline execution visualizations. Brad Rydzewski, CEO and founder of Drone.io and now principal manager at Harness, explained that the updates have brought the Drone user experience to par with the likes of other much more well-funded CI tools.

For the community edition, the company revamped the entire user experience, and “brought some really advanced UX features to Drone,” said Rydzewski. “Coming from humble open source beginnings, we didn’t have the opportunity to work with large design teams.”

Drone started in 2013 and, according to a Harness press statement, enjoyed more popularity on GitHub than Jenkins, Jenkins-x, or Spinnaker, amassing 21,000 stars on GitHub, as well as 50,000 active monthly users and 100 million downloads from DockerHub.

With the 2020 Drone acquisition, Harness expanded beyond its focus on continuous delivery to add continuous integration, becoming a full CI/CD solution. At the same time, Harness also expanded beyond proprietary solutions, continuing to offer Drone as an open source product. Rydzewski says that the company is now in the planning phases of further open sourcing more of its product line, with the goal to have a strategy formalized by the end of the year. 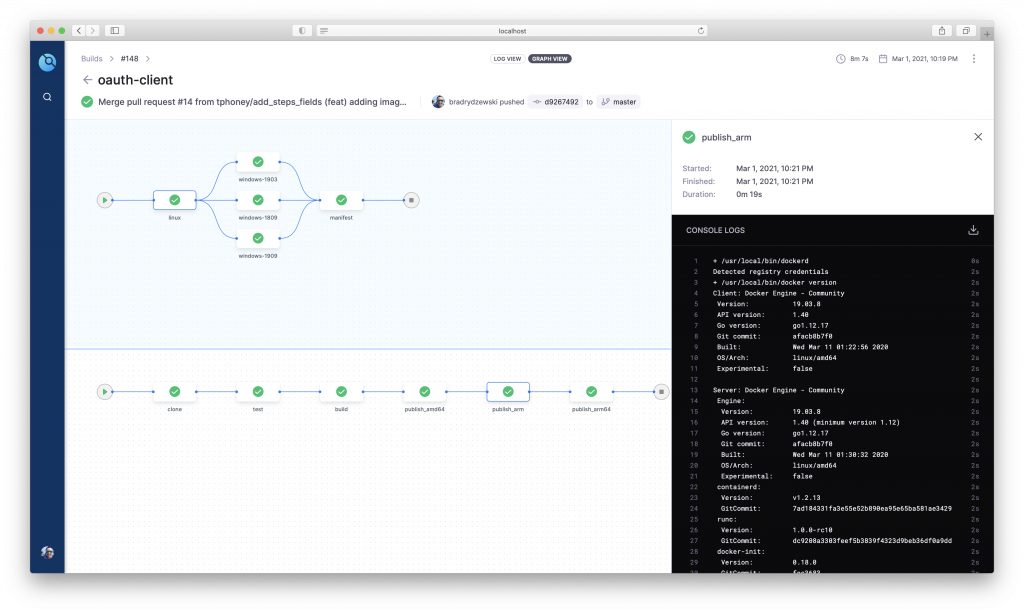 “One of the benefits of Drone is we just have a lot of experience with open source with community building. We also have experience taking open source software and commercializing it. That’s really eight years of learnings that we’ll bring to the table with Harness, and we’ll use that to kind of help guide their open source strategy,” said Rydzewski.

As for the current update, the developer experience has been designed to match that of other Harness products, and extends to pipeline execution visualizations, where developers will be able to see what steps are executing in a visual map, rather than as text in log files.

Beyond appearances, the Harness CI Community Edition will be getting live CI pipeline debugging, which offers developers the ability to remotely debug the CI pipeline and solve build failures, as well as adding the ability to add users and control access to pipelines via the interface, rather than the command line or API. Rydzewski explained that the live CI pipeline debugging allows developers to more easily access build pipelines and debug them, rather than submitting a ticket and waiting for a response.

“A common theme in CI is ‘my code worked on my machine, why doesn’t it work on the CI server?’ and developers spend hours a week banging their head against the wall, trying to figure these things out,” said Rydzewski. “And so with remote debugging, you can actually, right from your browser, remote right into your CI environment, start poking around, triaging, debugging, and running commands.”

Looking ahead, Rydzewski remarked that they hope to bring some of that same intelligence Harness brings to continuous delivery to the continuous integration experience.

“Imagine it takes your developer an hour to run their unit tests, and imagine a test fails after 55 minutes. So, you’ve just wasted 55 minutes of your time to find out your build is broken. When we talk about intelligence, could we actually use intelligence and reorder your tests so that tests with a high probability of failure execute first? Could we detect that this developer changed this part of code, and that there’s a high probability of these tests failing?” said Rydzewski. “These are the things we’re looking at around intelligence in the CI space, and it’s something very unique to the Harness vision.”