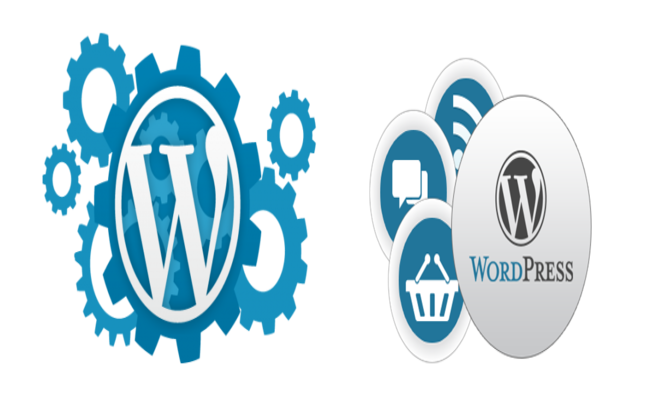 In most cases, one cannot just create a website and it would go with the flow. I’m not just talking about the WordPress sites, but other sites also. You have to manage edits, updates and bug fixes regularly. Your favorite developer will take care of these. However, in some instances, you would need a bunch of developers throughout your website’s lifetime.

In the latter case, it may be difficult for the incoming developer to cope up, especially if the previous developers failed to cater to best practices during their maintenance period.

So here are some tips you must consider in the future maintenance of your WordPress projects. Following these will reduce the workload of your developer and make them love their job. Above all, reducing your developer’s work saves man-hours and money.

This is the most fundamental task to do, even if you are not currently working on the site. You can do it manually by dragging all your files and database dump and storing them at a secure place. Or else, you can use an automated backup system, available in the form of WordPress backup plugin. You can find many of them in the WordPress plugin section. There is also a backup option available at the server level. Most hosting providers include backup options. You should confirm this with your hosting provider.

It is unproductive to shuffle between the developer’s local machine and the server after each edit. Even if it’s a small edit like a single text on your site, the developer has to navigate to the corresponding file/folder, wait for the files to upload, and hope there are no occasional internet failures. Some WordPress sites have too much data to move practically, without wasting too much data and bandwidth. After completion, the developer will open the browser and refresh the page which again depends on the network. Don’t be disillusioned by the fact that it’s just a few minutes or seconds that can be saved. If ignored, you could waste several hours due to unnecessary work.

What’s the solution? Install your site on the developer’s local machine. They will just do the edits, refresh the page, and voila! It’s done. If you are worried about sensitive data or there is some legal restriction to sharing all your data to the developer, you can prepare dummy data specifically for that. This data can also be used for future maintenance work.

Online version control is one of the best things introduced in software development. Those who don’t use it either don’t know about it, or they are lazy enough to implement it. Because the initial setup is difficult. But in my opinion, setting it up is not that hard.

The benefits of version control in file management include

You have to configure Git on an external server. Most of the time, it is pre-installed by your hosting provider. You would need someone with expertise in servers, who will initiate the repository and set up the workflow.

Keep in mind, you are not actually using Git if you are not using branches. Make at least two branches, one for development, one for production. Developers will do all the work and test the site in the development branch. If everything goes right, they push it to the production branch. Also ensuring nothing goes wrong on the live site.

It’s pretty much cliche to leave unnecessary files and plugins. But this causes trouble if left for accumulation for a long time. If your developer did not remove these files, it becomes hard to trace them and know whether they are used by any part of the site or not. It further becomes painful as you check the site’s functionality once again and ensure nothing is damaged after removal of the files.

Read More:   Update Why Bloomberg’s OpenAPI Participation Is Important for the Financial Industry

You can eliminate this issue if the respective developer who put these files and plugins removes them immediately. You should emphasize this practice to all your developers.

Apart from PHP files and plugins, unused or unwanted media files can fill your “wp-content” folder over time, which will hurdle your developers during media related functionality. There are various plugins available that can solve the issue. Also before removing any files and media, make sure you backup data as mentioned in point 1.

5. Include comments in codes

To learn how experts comment in their codes, refer to the official guide from WordPress which explains this well.

Linting is an awesome way to appoint rules to the way we write code. Also, it sometimes corrects the code formatting itself, which is useful too. Most of the modern IDEs come with linting options, we can further improve or modify the linting configurations.

For more on linting and coding standards, visit PHP standards and JavaScript standards.

After preparing the configuration, you have to enforce it. All your future and current developers need to integrate this linting configuration into their IDEs so that they will adhere to its certain rules/restrictions. Otherwise, all your efforts will go hay.

7. Naming standards for files and variables

Create a meaningful standard for naming. They include variable names, file names, code files, and media files, if they have any purpose in the template, the naming should explain that purpose.

Make sure to avoid names that are straightforward. Also, keep the names short wherever possible. It would be helpful to affix the type of file in the file name. For example, if there is a background image, you could name it as WhiteBG.jpg. You can also do this for various file types opened in multiple tabs of the IDE.

To know more about naming conventions, check out this article from WordPress best practices guide.

Debugging is an uphill task and takes a lot of time in web development. Debugging constitutes a major portion in the total time taken to develop the site, especially in editing and bug fixing. Therefore, you have to keep an eye on developers. Whether they are debugging in an efficient manner. Many of the developers do this by initiating “var_dump” in some part of the web page, which is an inefficient method. This can leave hindrances to the future developers, as this will leave junk code files here and there if the debugging code is not cleaned properly after usage.

You can find various plugins that help with the debugging task. Search in WordPress plugin repository or the internet.

In the world of web development, styling with CSS is one of the fundamental activities. Matter of fact, it is frequently overlooked and developers pay less attention to it than JS, PHP, etc. Most importantly, designing CSS improperly can cause many troubles. Especially when it comes to add or edit any feature unless your website is basic and simple. Tip: use CSS preprocessors such as SASS, LESS, and so on,

If you are interested to know why this basic styling technique is vulnerable to trouble, read this blog.

Ending on a final note and to complete the points, you can finally ask your developers for feedback. They will explain the errors and situation they faced while fixing/developing your site. They would give you suggestions to improve the site. Also, they may highlight the errors and bugs which were left by the previous developers.