Is Storage-as-Code the Next Step in DevOps? 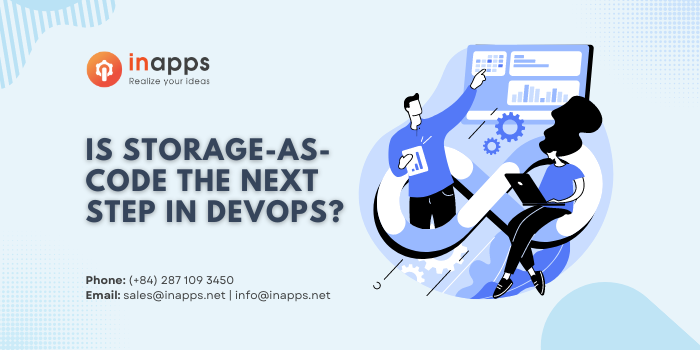 The next evolution of DevOps has arrived. Sometimes called AppOps, this move gives developers the reins over at least part of their underlying infrastructure by automating the managing and provisioning of Infrastructure as Code (IaC) — without the cognitive overload of becoming a so-called full stack developer. Or infrastructure teams burning out as they respond to tickets that increase alongside the speed of deployment.

If proper guardrails and policies are in place as code, teams are empowered to make decisions, while errors and costs are reduced. Then, both application developers and infrastructure engineers can work on creative problems whose solutions enhance business value, further delivering on the promise of DevOps.

The folks at Pure Storage contend that the logical next extension of this is what they’ve dubbed as Storage-as-Code. Storage then goes from becoming another bottleneck to another part of the essential DevOps single source of truth.

When done correctly, Storage-as-Code should embrace the agility and scalability of the cloud computing model, irrespective of the environment or who needs to access it. 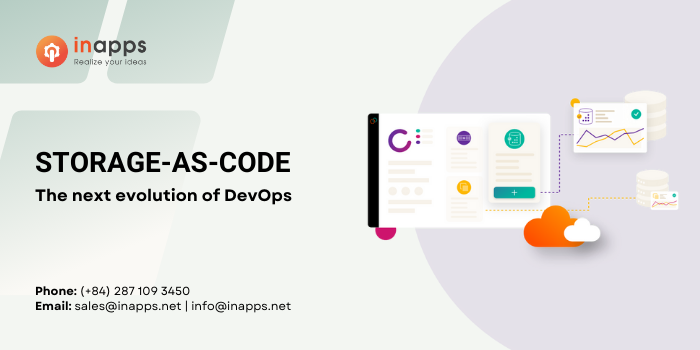 Storage-as-Code in a Hybrid World

Very few enterprises are pure public cloud. Most organizations prefer a hybrid approach, with most app modernization plans pursuing some mix of public and private cloud, on-premise and edge computing.

But in traditional on-premise architecture, these same developers are opening an IT ticket, which ensures a long discussion around provisioning and how to procure on-prem infrastructure. The latter process can take weeks or months.

The core of Pure Storage is an operating system called Purity that runs on-premise on devices in the FlashArray family and in the cloud via Cloud Block Store — but, Kogan said, though they bear different names, they are actually the same code and product, just working in different environments.

As its name implies, Pure Fusion, looks to virtualize across locations to make the cloud an operating model more than a destination. “Whether you’re running on-prem, the edge, or public cloud, you can operate in the same operating model,” he said.

Instead of cloud-versus-on-premise decision making, Pure Fusion provides a topology model with regions and availability zones, combined with policy-based provision approaches around classes of storage. The infrastructure team can determine data protection policies and host access to storage across the entire organization. 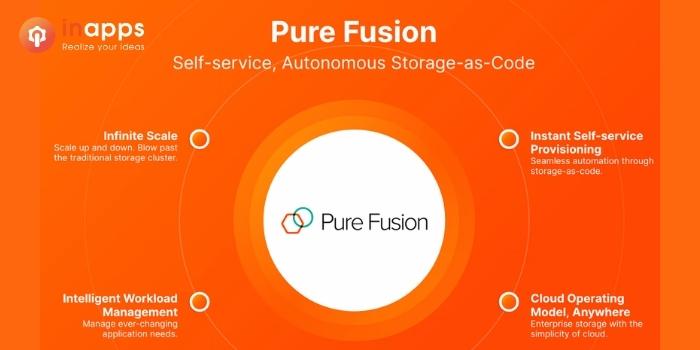 About a dozen Pure Storage customers have tested Pure Fusion, including several of the world’s largest financial institutions, building their own versions of hyper-scale clouds within their data centers.

The experience, according to Kogan, is a lot like that of the big cloud providers, even with customer-facing portals, but these large, well-regulated industries only want their infrastructural and DevOps models to mimic the hyper-scale cloud — to gain the benefits without the added cost, security and scaling challenges that can come with the public cloud.

Storage-as-Code and the Future of DevOps

It’s not a surprising next step that storage would be a part of the ever-encompassing DevOps universe.

By being able to enforce Policy-as-Code through Infrastructure-as-Code, infrastructure teams can offer a menu of services, including storage, available on-demand via an API call, as an alternative to constantly responding to the same tickets. After all, at the crux of DevOps is the promise of never doing the same thing twice, so all engineers can be collaborative, creative workers.

Anthony Ferrario, product management lead for APIs and developer experience at Pure Storage, views this as part of a trend of traditional storage specialists upskilling to move into the DevOps space and “away from being that painful, ticket-serving person.” 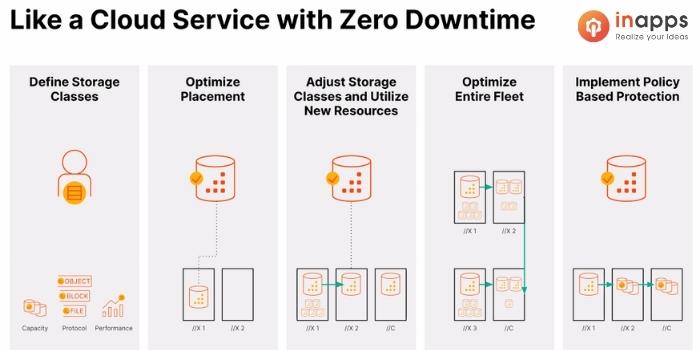 By learning through Pure Fusion how to architect the application from a topology and layout perspective, he says, these engineers are more able to define, build and provide infrastructure on demand. This is another way IT can continue to provide more measurable business value.

“Large storage teams and IT organizations are looking to move into this kind of model,” he said. “People are excited to get out of that drudgery piece and build something as code.”

And while developers aren’t the decision-makers or the budget holders for the storage market, Ferrario says, they are also a key influencer audience.

“The IT developer knows they are responsible for building and automating their own infrastructure services,” he said. “And while they don’t hold the purse strings, they are the executors.”

This is a logical trend to follow the popular Kubernetes abstraction, Ferrario said; there’s a widespread demand for infrastructure to be generic enough for everyone to access what they need to build, without having to bug infrastructure engineers all the time. Move faster, with guardrails and policy in place.

“If you look at the origin of the cloud operating model years ago, the infrastructure that you as a developer or app owner need is on-demand — and you don’t have to worry about what’s going on behind the scenes,” Ferrario said. But when it’s on-premises, the process is still manual. “You need that Infrastructure-as-a-Service in place, with policy definition and so on.”

This is because IaC and IaaS are expectations of both cloud buyers and cloud consumers. Especially in a hybrid world, Ferrario argued, the cloud practice of codifying everything should spread across environments and roles.

What is DevOps in Cloud Computing? 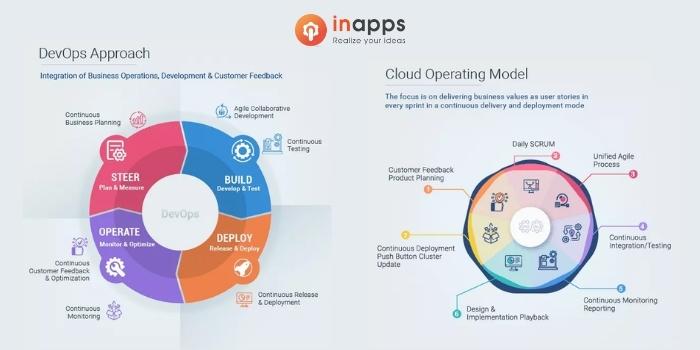 We hope this tutorial has helped you. It’s not as difficult as you think it. Just go through the entire process once and practically implement it. Also, in case of any queries, you can contact InApps. We would love to help you.

List keywords our users find our article on Google