Javascript Frameworks you must learn in 2022 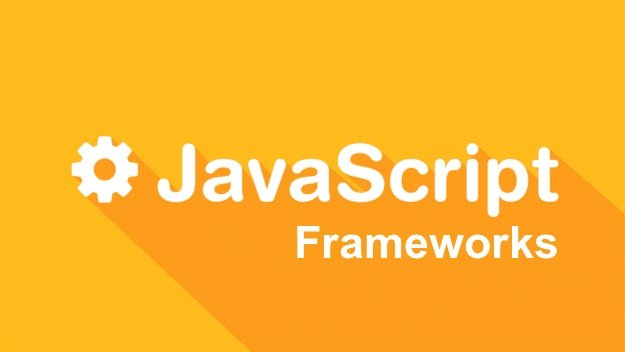 Javascript has come out to be one of the most prominent languages for the past few years, especially after the rise of NodeJS. Since Javascript is the only language supported by browsers, there is no denying the fact that web development needs expertise in Javascript.

And with Javascript being supported in the backend, this came as a huge benefit as a single function/library/utility, which can be shared across both frontend and backend. Hence development time and resources are reduced.

With an increase in the use of javascript, many people are opting in to use javascript and the language is evolving faster and bringing the best of all the world. Be it Typescript, Promises, async awaits, these features come in very handy when doing enterprise development.

Backend Frameworks of Javascript you should learn in 2021

Express JS is the de-facto for the NodeJS, a web application framework built by  TJ Holowaychuk. NestJS is the wrapper on top of the express js which has multiple other plugins that come in handy when doing an enterprise-level project. And not to forget that NestJS come out of the box with typescript support and Dependency injections.

The framework structure is very similar to that of angular 2+, so in case you know either of one, the other one would be really fast to grab.

A big difference is that though Nest js use Express under the hood, express is a callback-based framework, whereas nest mostly uses promises and async-await, so codes are pretty neat.

So, if you are going to do an MVP and need to move really fast and stick to just plain es6 or es7, I would recommend sticking to Express. But if you can give more time and compatibility with typescript, I would strongly recommend using Nestjs, as it comes with ‘out-of-the-box’ multiple supported integrations.

Here is a quick demo on how you can use Nestjs with TypeORM ( ORM for SQL Database connections). And you can clone the same codebase and remove the parts which you are not going to use.

The database is a very crucial part of almost any web or backend development. Writing queries and managing connections become really a nightmare as the project scales, and if there is any need for changing database servers, it means you have to go through all the queries and connection handling. To avoid such things and keep the code really clean, we use the ORM layer.

The two major ORMs for Node are Sequelize and TypeORM.

Though typeORM is very new, has active development, and is still, in alpha production, it is yet quite stable and can be used for enterprise-level projects.

NestJS come out pretty handy when integrating TypeORM as if they are meant to go side by side. I won’t be surprised if NestJS start using TypeORM as its default ORM Layer.

Here is a quick tutorial on how you can use TypeORM with One-to-one, one-to-many, many-to-many relationships with any SQL server using NestJS.

GraphQL was developed at Facebook and is being used intensively for data-driven web apps. Though many backend languages and frameworks support graphql, to date only NodeJS has the best integration with the apollo server.

So, if you are going to do GraphQL web development, Nodejs is generally the first preference for development for the backend.

NestJS provides a pretty clean GrapQL plugin, that can be integrated and can use to start development.

Though GraphQL is generally preferred to be used over the No-SQL database, it’s not that it is meant to be done by No-SQL only. But it can do pretty well with SQL servers and TypeORM on top of it.

Though in some cases you might need to integrate the DataLoader for optimization of queries and take that extra relational feature of the SQL server.

If you know the above three frameworks, you can do almost any kind of web or backend development

Frontend Frameworks of Javascript you should learn in 2021

There is no denying the fact that React & React-native have been in major use, but with flutter pushing flutter web and to write single code for the native as well as web apps, there is a definitive need for a similar framework that does the same.

Thanks to Necolas for starting this project, which has around 15.5k stars on Github. Though this framework is not widely used it’s going to be a breakthrough in 2021, where you can just maintain a single codebase for all your mobile and web apps.

If you already know React or React-Native, then React Native web is just a morning coffee for you, and you can directly start building apps by using its documentation.

Here you can read a brief introduction to the react-native web.

You might have to struggle a bit with some libraries, but it’s not a deal-breaker. You can read more about a happy struggle with react native web

If you know Expo and have been doing react native development on top of Expo, you can follow the guide here, Does expo support react native web

If you want to build an enterprise-level project, I would recommend going for Angular. And, the main reason angular still is the first preference for enterprise or a huge project is that it comes with a lot of juices out of the box.

The first and foremost is the support for typescript out of the box. It also supports dependency injection and the framework is very well-enabled with guards, services, interceptors, middleware that can be directly plugged in and can be taken advantage of.

If you noticed above, we have recommended NestJs as a backend framework. If you know NestJS, then the good news is NestJS is actually inspired by Angular, so if you know one of these, learning the other would be really fast and nice.

If you are looking to get started with angular, here is a quick guide on Guide To Your First Angular 5 App.