What are Resources to Become a Developer in 2022 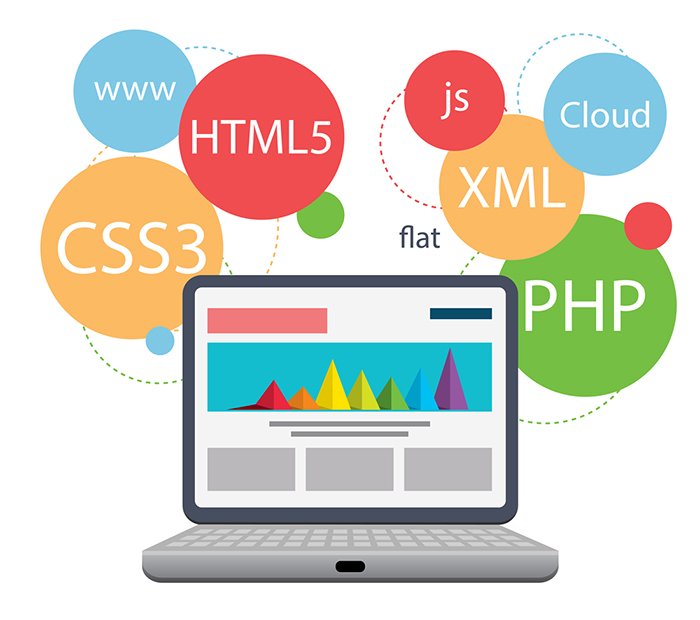 If you love developing applications and websites. Here are the major different resources that help you to become a developer. After completing your studies, what next to do now? A career as a developer is really very interesting and challenging.

Here, the article tells you about some resources which are really useful to your career as a developer.
Although, it is really important to give 100% to your work and for that, the first resource is YOU and your self-discipline.

For coders also it is not easy to handle the stress and pain of failure or rejection, but being upset with this is not good. So these resources are to build yourself to the Top coder.

Discipline is often thought of as being unpleasant. Boring, painful, and all lame adjectives are often used to term as a discipline. But actually, looked at differently, it’s not a bad thing at all. It is the act of training yourself as a developer to do your coding.

Or even design your programs according to your clients. Because most of the time there are many complications between client and programmers too. Clients may have some changes according to their requirements at that time the developer shouldn’t lose his temper. He should be calm and understands the point of the client.

Self-discipline is a must…

Discipline might show up in your life as healthy habits, like daily exercise or meditation practice, or it might mean that you hold yourself to a certain standard, like a personal code of conduct or a particular religion’s tenets. Software developers are not generally known for discipline. Many of them have unhealthy eating habits, barely move, and generally, don’t take care of themselves.

Tools to Practice Your Coding

Without practice, you cannot become a developer and these sites give you the platform to excel your coding skills. The challenges that you will face by developing an application, are like polishing your skills.

CodinGame is a technology company editing an online platform for developers, allowing them to play with programming with increasingly difficult puzzles, to learn to code better with an online programming application supporting twenty-five programming languages, and to compete in multiplayer programming contests involving timed artificial intelligence, as well as code-golf challenges.

It is a platform you actually train your coding by “automating” video games. The main difference is that you get instant visual feedback from the code you are writing. CodinGame may feel more exciting and appealing. CodinGame also serves as a recruiting platform, allowing developers to get noticed by companies based on their performance on the contests.

CodeChef is a competitive programming website. It is a non-profit educational initiative aimed at providing a platform for students. Or young software professionals to practice, smooth their programming skills through online contests. Apart from this, in the CodeChef there are coding programs that aim to reach out to young students and inculcate a culture of programming.

CodeChef hosts three programming contests every month and this makes it more effective and impactful. And for this, you have to sign in first. In which they provide their users to participate and compete for prizes and stand on the contest leaderboard.

The Long Challenge is a ten-day-long contest featuring 10 questions of varying difficulty. Or if you are familiar with CodeChef, so you have heard about The Long Challenge commences which is on the first Saturday of every month. And the other contest is The Lunchtime contest that primarily started for school students to improve their programming skills.

How to Improve Your Computer Science Principles

As there are many sites to enhance your coding skills, likewise there are many sites where you learn coding. And improve your basic computer science. Developers have to face many renders while coding which is really hard to find out and solve.
The sites below actually help you and tell you where you find the solutions to coding. And you should learn the proper coding to become a coder. Coders are the ones who invent something new for their clients in the form of applications or websites and enhance their basics CS.

To a better understanding for the developer that how algorithms work Visualgo is good for dedicated developers and coders. It is easier to see the process in action because it is a clean, interactive site with pleasant to look at. And quite easy to play around with.

You can generate random data structures, and then see how algorithms handle the data. It helps the developer to learn Algorithms and build an application according to that.

Networking is about creating a shared bond with someone, having similar goals, values and interests even skills also. As well as this can be professional goals and learning, shared sports and social interests, or anyone you find yourself spending any significant amount of time with. But developers are neither so social nor use the network but still, it is really important to be social and learn from it.

Even nowadays networking sites are so progressive to everyone and for every field. As a developer how networking is useful to you? This question usually comes to your mind but there are so many ways which are mentioned as well. There are many websites that are really useful to the developer to code and learn new things.

Yes!! it is important for every coder or developer to learn software design patterns, for example, Wikipedia, and many other sites. But if we only consider Wikipedia there is a simple design of their website which is really looking good and clear to the readers. It looks interesting and the design is to attract the readers.

The software design pattern is a general, reusable solution to a commonly occurring problem within a given context in software design. It is not a finished design that can be changed directly into the source or machine code. It is a description or template for how to solve a problem that can be used in many different situations. Design patterns are formalized best practices that the programmer can use to solve common problems when designing an application or system.

Open Source Society University is a solid path for those of you who want to complete a Computer Science course on your own time, with courses from the best universities in the World, for free. For the developers who want to succeed in their lives.

In their curriculum, they gave preference to MOOC (Massive Open Online Course) which is a style course because those courses are created with their style of learning in mind which is creative and to judge the skills and abilities of the developer. The main requirement of the OSS university is that the developer should be creative and have rational thinking or think out of the box.

Appery is a cloud-based mobile app builder that you can use to create apps for Android or iOS, as well as it includes Apache Cordova, Ionic, and jQuery Mobile with access to its built-in components.

Since the builder runs in the cloud, there’s nothing to install or download, and it’s easy to get started quickly. The Appery app builder includes a visual editor using drag and drop components to build the UI. Appery auto-generates the code for any components you drop in. You can connect to any REST API and use it in your app, and instantly add a cloud database and backend to your app if you need to store data.
You can add powerful functionality with the Appery plugin catalog. Or create your own custom private plugins to use in your apps. If you’re working with a team, you can easily share your project with them and collaborate in real-time for an extra fee.

TheAppBuilder gives a suite of apps to suit employees, clients, events, and brochures, with two different approaches available. This might be the platform to go with if you are designing an app as an intranet for a company. You can build the app using the online toolkit, either the training provided or TheAppBuilder itself will work with you to define. And build the structure of the app and populate it with fundamental content.

Using the given AppLibrary, you can also provide your users with a window into multiple apps. And even customize it with your own branding. You can protect both public and private apps with usernames, passwords, and distribute them via the app store.

AppMakr is a DIY app creation platform that was founded in 2009. It lets anyone craft iOS, Android, and HTML5 apps, with no coding knowledge required. As well as unlimited updates, and utilize a number of features, including push notifications, high-resolution photo galleries, live updates, music.

Also, video streaming, chat rooms, Google Maps integration, shared events calendars, in-app shopping, and much more. It is easy to use for trainees or newcomers who learn to code and to improve their creative learning by developing an application in it.

You can also go through the topic: 10 Steps to Become a Top Coder.

There are above many resources that help you to become a top developer. As well as several platforms where you can learn and build your own applications. Becoming a developer is not an easy task, lots of hard work should be needed to prove your developing skills. The resources mentioned above are like the techniques which are really important to polish your coding skills. As well as help you to become a top developer.

A developer is the one who invents some new applications and websites which are useful to common people. As well as it’s in trend to work remotely or as a freelancer. So nowadays there is a lot of demand for remote developers in the market.

As long as you grow and you want to improve yourself is the best resource to become a developer. You should give yourself time and get better at the field that you are good at. Even no one is the same, and everyone has their own strengths as well as weaknesses. As a coder, you might find some things easy while others find them difficult, and vice versa.

Hire a coder
or
Apply a coder

How is self-discipline important?

Self-control permits you to remain fixed on your objectives. It empowers you to remain in charge of yourself and of your response to any circumstance. The absence of self-restraint can cause low confidence.

How to build coding proficiency?

Nowadays, there are a greater number of structures than there are modifying dialects, henceforth, you might have to explore which one you should begin with, in light of what you wish to accomplish with the language.

Difference between coding and programming?

Coding is the demonstration of changing and composing code starting with one language then onto the next, though writing computer programs is the most common way of building executable programming that can be utilized to make machine-explicit blunder-free results.