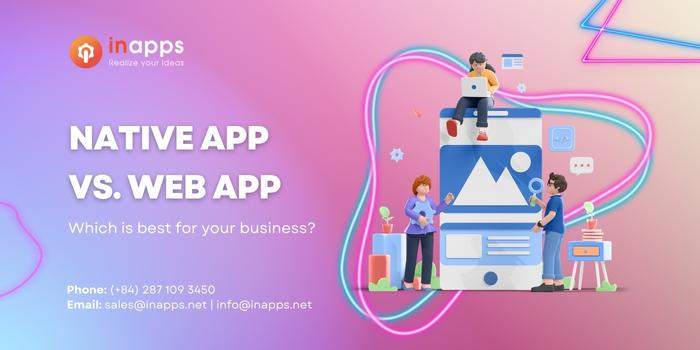 Mobile App Development is a complex process requiring much research and planning. The stages of making a successful app begin with an idea. Then the idea goes through a thorough analysis followed by designing, developing, testing, and launching. It is then marketed to reach your target audience.

In the analysis phase, there is one question where most people get caught up, whether to go with a platform-specific app or not.

A platform-specific app is nothing but an app developed for individual platforms like iOS or Android exclusively.

These are more popularly referred to as Native apps. Web apps, on the other hand, are applications that are accessed via a web browser.

Native mobile applications are the most common type of applications. These are built for specific platforms and are written in languages. For example, Swift and Objective-C for native iOS apps and Java or Kotlin for native Android apps.

Apple and Google app developers have their own development tools, interface elements, and SDK. Most companies will invest in native mobile app development because of the many benefits offered compared to web apps.

The initial cost of native app development may be higher than other options but this development approach will save money over time. Native Apps offer a great user experience, better performance, and accessibility because of that native apps are able to offer users a more personalized product.

A web app loads in Web browsers like Chrome, Safari, or Firefox, and doesn’t need to be downloaded from app stores like native mobile apps. Web apps also don’t take up storage on the user’s device.

If your goal is to offer mobile-friendly content to a wide range of users, a web app might be the appropriate development path. Web apps are a cost-effective way to put your product in the hands of a lot of users. keep in mind, users have incredibly high user experience and functionality standards that web apps sometimes can’t deliver.

Things to consider when choosing an app type

The path you will take when it comes to native and web apps will depend on many factors, and two businesses will rarely answer these questions the same.

Before we get to the factors that will affect your decision, let’s first cover some key differentiations between native and web applications.

Before we get deep into it make sure you know the answers of all the following questions :

Native App vs Web App: Which is best fit for Your Bussines?

If you have answered the questions about what matters to you when developing your app, you should now have a clearer picture of which app type might suit your app needs. They vary in cost, Time and resourcing, as well as their abilities to fulfill different business needs.

The time takes to develop an app is the shortest for web apps and the longest for native apps. Native apps take extra time because of two separate development processes for iOS and Android.

Another factor that may affect time to market for native apps is the app store approval process, so it’s crucial to account for this early in development and optimize to ensure a smooth and quick launch.

Who you are targeting makes all the difference. Based on your audience’s preferences, context and pain points, some app types will fulfill their needs better than the others.

For example, if your app needs a frequent update – and your audience counts on it, web apps will work better than native apps.

On the other hand, if you know your audience will need the practicality of downloading an app and accessing it offline, native is the way to go.

Features Of The App

A huge role in this decision-making process are the key features you want your app to have. First of all, there is a clear distinction between web and native from their ability to use device’s native APIs.

Some apps may be perfectly functional without relying on native phone features, but others may be unusable in that case. Knowing what functionalities you need at this stage will make your decision easy.

Another element you need to focus on is the device’s ability to run the app with all its features and layers and any future capabilities you may want to add to it later on. This way, you can make sure to allow yourself space for growth and not restrict yourself because of an app type.

The development cost primarily depends on the programming languages and the desired time frame. Native apps are by far the most costly as they require hiring experienced developers and a longer time to develop. The costs may double because of two platforms and, most often, two developers or developers team.

If other factors indicate that a web app will be good enough to accomplish your app’s aim, it is a good path budget-wise.

Your marketing strategy may largely affect your app type choice because of your app’s ability to be organically discovered. While web apps are not present in-app stores, they are easily shared as websites using email, social and any other channels that have proven successful for your business.

On the contrary native apps live in apps live stores and can be optimized for search and app store rankings because of descriptions, reviews, screenshots, and more. Web apps are deprived of that opportunity and their distribution heavily relies on classic digital marketing.

If your app needs to execute more heavy-duty tasks and its speed and performance are the key to its success, native apps are your ideal choice and worth the time and the budget you will invest. This definitely includes games or any apps that rely on the use of photos or videos.

Or if you want your app to work in real-time and be straightforward, easily updated and isn’t performance stressed, web apps are the way to go. They don’t require access to the native layer and are quick and relatively cheap to develop, allowing you to reach your mobile marketing goals sooner while fulfilling your user’s needs.

These two app types each carry their own benefits and downfalls, and the choice you make will impact the course of your growth. This is why the key to this process is understanding your assets and limitations and using them to get the best return in the form of your app.

And after you have considered your options and made your choice, you must work with developers who can visualize your idea and bring it to life on your budget and according to the core goal of your business.

It is important to work with a team that is knowledgeable and experienced in the exact technology that supports your choice so your app can achieve its full potential.

Being a software outsourcing company with 6 years of experience in Vietnam, InApps has helped a lot of start-ups, SMEs from multiple areas to build their apps. Let’s contact us to get a free consultation from our IT experts!