Released as a beta earlier this year, Puppet’s event-driven automation tool Relay promises to help organizations to automate the increasingly complex management of hybrid environments through scripts, APIs and other tools. The company plans a full release in early 2021.

“Relay is a workflow automation platform that pulls together all the tools and technologies you need to effectively manage cloud and hybrid environments,” Puppet Chief Technology Officer Deepak Giridharagopal, said during his Puppetize Digital 2020 keynote. “It works by listening to events from the tools cloud providers and apps that you already use and then triggers workflows to orchestrate actions that you want to take in response.” 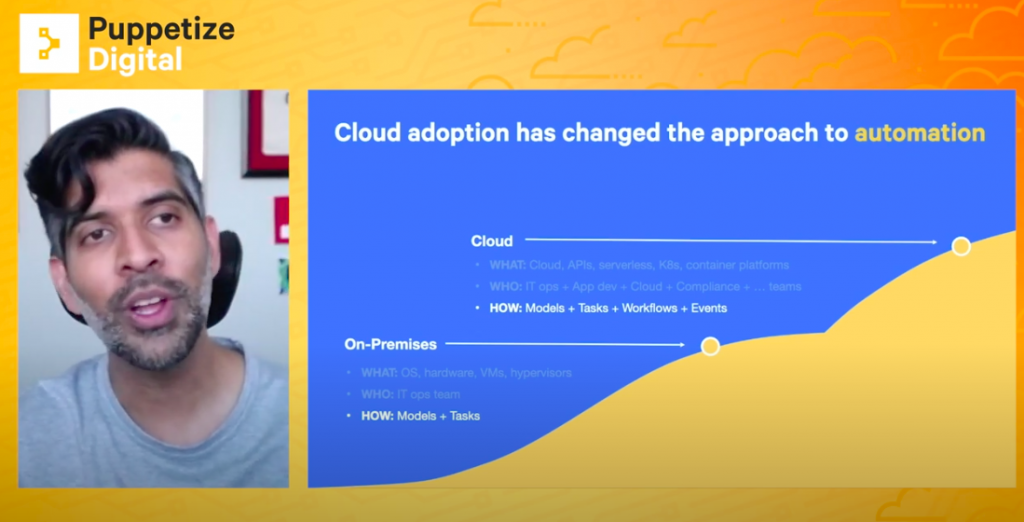 Giridharagopal described how Relay can now be used to optimize costs in Amazon Web Services (AWS), Microsoft Azure, and Google Cloud Platform by doing “things like making sure you have secure configurations for cloud resources like protecting access to S3 buckets or removing lingering compute nodes or cleaning up volumes of sensitive data on them,” Giridharagopal said.

Also during Puppetize Digital 2020, Kenaz Kwa, director of product for Puppet, described how Relay’s event-driven automation can now be integrated with Puppet and Puppet Enterprise. 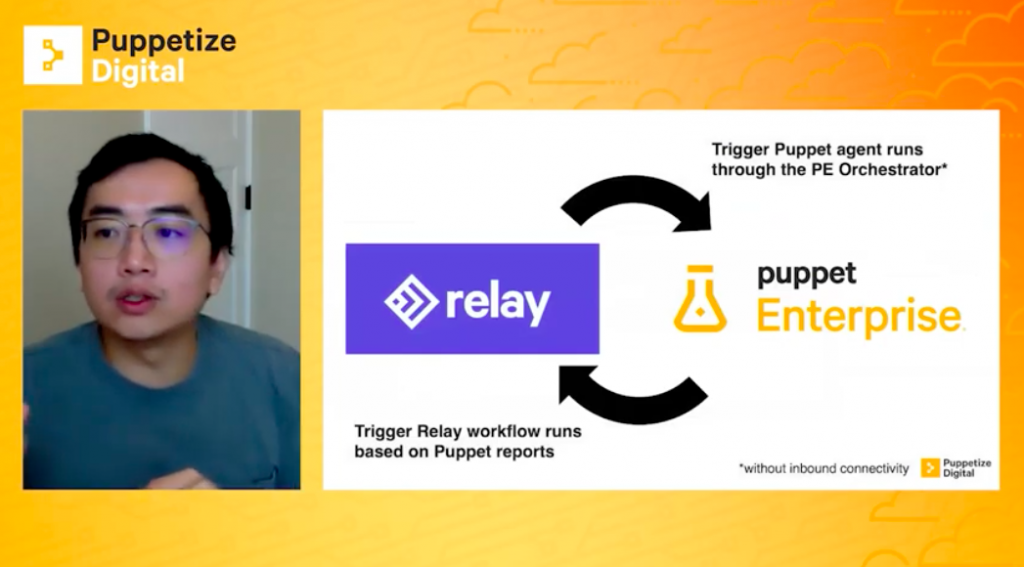 In his talk “Building The Future of Hybrid Cloud Automation,” Kwa said organizations can, among other things, connect open source Puppet and Puppet Enterprise to the tasks that Relay manages. An event that occurs can be triggered by changes in a file “that shouldn’t be changed,” Kwa said. 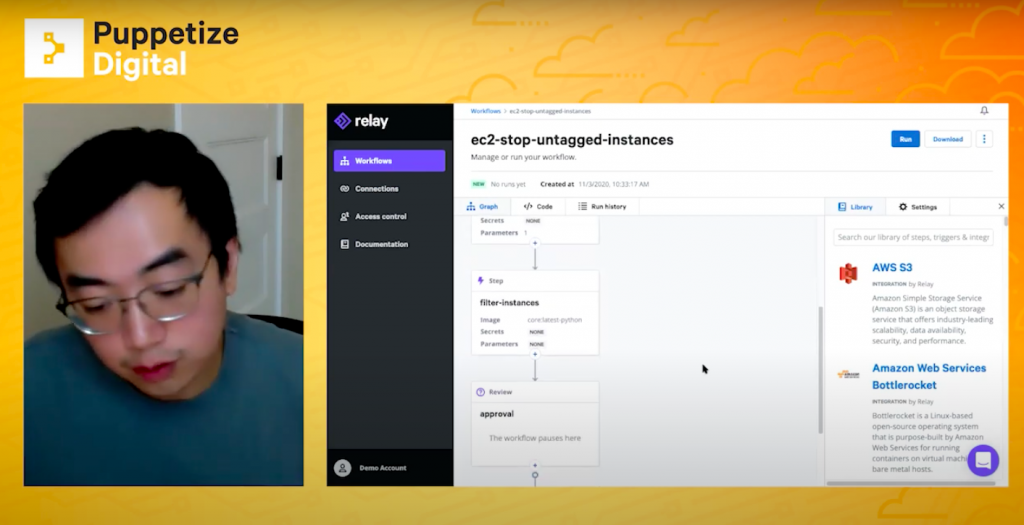 Consequently, a run can be triggered in enforcement mode following a Puppet event. In the case of a security or compliance breach, an EC2 instance could be automatically shut down pending a security analysis. Puppet events can also be communicated by Slack or Microsoft Teams. Triggering an agent run is also “done without inbound connectivity, without actually opening up your firewall and allowing the Relay service to talk to your Puppet Enterprise solution,” Kwa said.

During the past three months, Puppet has formed Relay partnerships with DataDog, PagerDuty and VictorOps. Relay, in addition to those partnerships, can be integrated with dozens of cloud providers tools and APIs “that your team probably already uses,” Giridharagopal said, “alongside an open source ecosystem of steps and triggers that can be composed into more sophisticated workflows.” 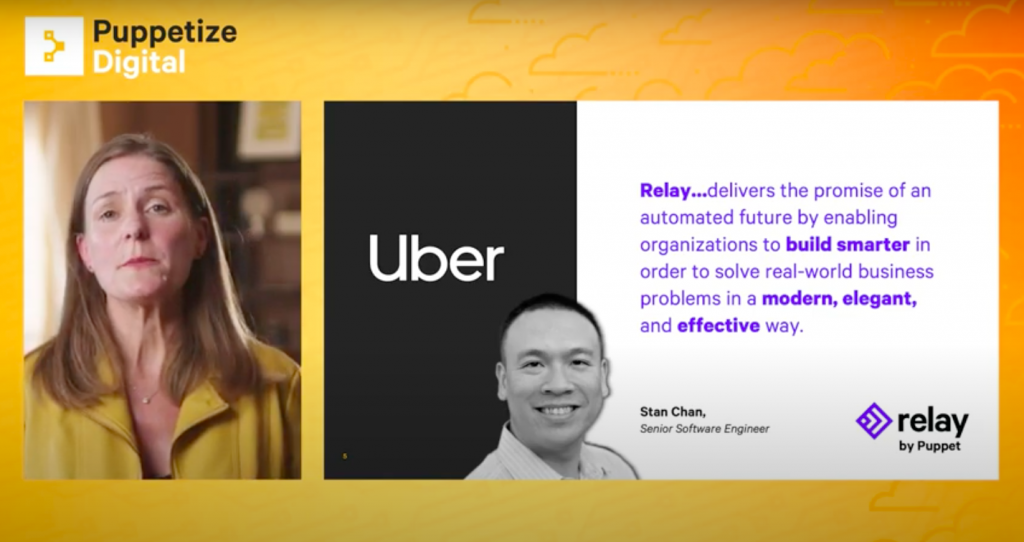 “What Stan loved about Relay is it allowed them to build smarter workflows to solve real-world problems in a modern, elegant and efficient way,” Wassenaar said. “What Stan experienced is just the starting point of what will be possible.”

Amazon Web Services (AWS) is a sponsor of InApps.