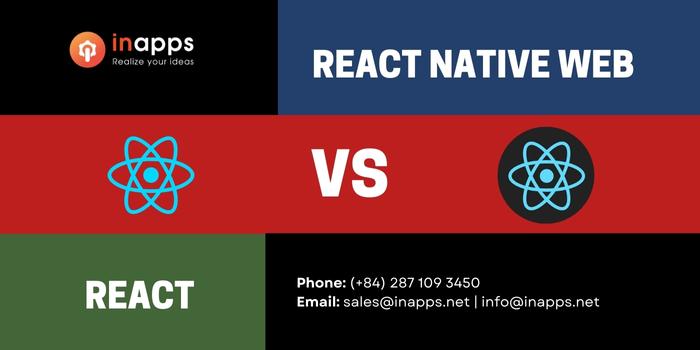 Often many of you are wondering isn’t React already existed for many years now and what is the point of the react-native web? Also, some people think that React native web vs React are the same thing?

Let’s check this comparison guide for 2022 for React native web and React and find out how “React-native for web” makes it possible to run React Native components and APIs on the web using React DOM.

React is a JavaScript library developed by Facebook to build interactive user interfaces. React is available as open-source software under the Apache License for use in both personal and commercial websites, client-side web applications, and server applications.

It is as simple as that. So, if you have an app and you want to build a web version of it, you should definitely learn React Native Web.

React is the most popular library in the JavaScript landscape, and it’s being used by big tech companies like Facebook, Instagram, Netflix, Skype, and many others. The goal of this guide is to compare React Native web vs React so that you can choose which one to use. 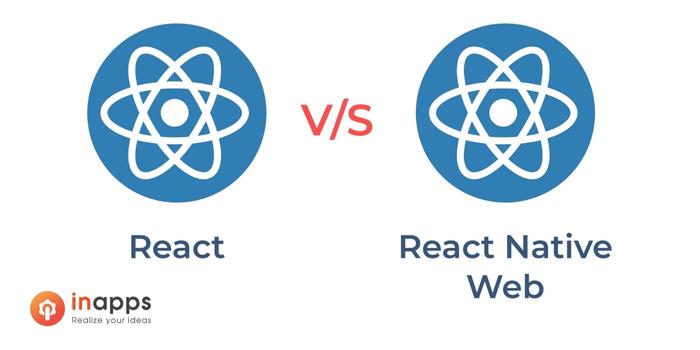 We all know that React is a popular JavaScript library for building user interfaces. It’s been used in the production of many well-known webs and mobile apps such as Instagram, Facebook, and Netflix.

Recently, there has been a lot of chatter about React Native Web and whether it offers an alternative to React. Let’s take a closer look at this framework and figure out if it could be the right choice for your next project.

React web came before react native and much before React-native for the web.

React Native is a framework for writing real, natively rendering React components for mobile. One of the main benefits of React Native is that because it renders natively, your code can run faster than if you were to render in a browser.

React Native Web on the other hand is a new framework that will compile JavaScript code into the virtual DOM for React Native., i.e. Write jsx and convert the code into java and objective c under the hood. And that’s how React Native was born.

Now many users will have the question, how did this lead to the creation of React Native for Web?

So the correct answer is that developers thought of simplifying the code writing process by writing one code instead of two codebases. This way you have to write just one code and let it get converted into HTML, java, and objective c under the hood. And that’s how React native for the web was born.

Is React Obsolete now or can React Native Web And React Together? 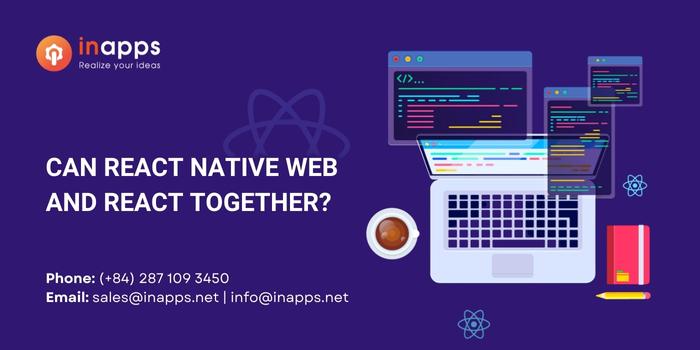 React Native Web is a project that brings React to the browser. It uses the same principles of React in its component-based approach to building user interfaces in JavaScript, but it is compiled into HTML, CSS, and JavaScript instead.

React Native Web is a new technology that allows you to build web apps with React. It’s simpler than the standard way of building websites in React, but is it better?

Although react native web is a great way to build your website, we will say to use it only when you have plans to build both web and app versions together, or if you already have an app in react-native and are planning to launch the web version.

When it comes to building a website for your company, the best approach is to build both a web version and an app, but instead of using two different frameworks, you can use one by building on top of React Native.

React is a JavaScript library that makes it painless to create interactive UIs. If you’ve ever used React, then you’ll know that while React Native and React are similar in concept, they’re different in their implementation. React Native Web is released as an open-source project and has been used by companies like Walmart, Jiffy Lube, and others.

So, If you are looking to build only the website, then React is the way to go.

Here is the list of Advantages that makes React more compatible and accepted in the development environment in comparison to React Native Web. Let us know about them:

There can be some advantages of React Native Web as well. Since we know that, React Native is a cross-platform mobile app development framework.

The good thing about React Native is that it supports the same design tools for both iOS and Android, and a developer can use it to create a web application in JavaScript. Let us see these advantages over React:

As the community is driving towards using styled–components everywhere, slowly it is going to be quite similar development efforts to use react-native-web and react.

Fundamentals of the React-Native Web 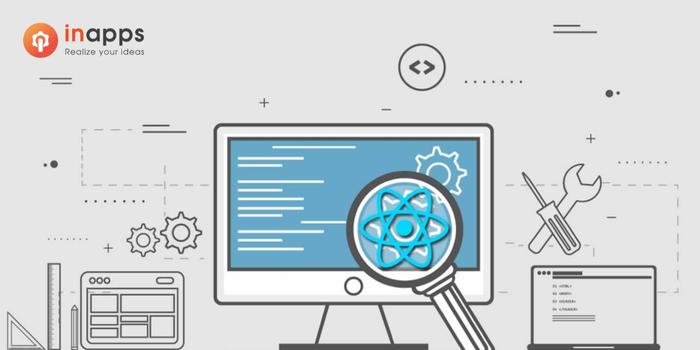 Now, Let’s have a look at the fundamentals of react-native-web:

Every frontend framework needs to have a few things to make it usable.

With the expo kit, you get hot reloading and other great development benefits and experiences. Its been seen that changing styles sometimes get difficult with react-native-web when you are coming from an HTML background and don’t’ have much experience with react-native.

Since react native web is a recent technology hence it doesn’t have a community as big as react. But you’ll for sure get a lot of help on the web. You can file issues on the official Github repo https://github.com/necolas/react-native-web, ask questions over StackOverflow, reach out to InApps.
If you are looking for a react-native-web developer to build your app and web all in one go, you can try our 2-week  free trial services.

Both Reactjs and React Native are key foundations for app and web development, and they’re gaining traction with each passing day because of their versatile capabilities and a growing ecosystem of libraries.

While Reactjs is just a JavaScript library and React Native is the full framework, the former is the core of the latter and the two operate in tandem.

If Reactjs is best for developing apps with a lot of functionality and complicated computations, then React Native is best for giving your mobile apps a native feel.

Every technology or framework in the developer world has limits, and Reactjs and React Native are no exception. As a result, it is recommended that you map the benefits and drawbacks of each of these technologies before making an intelligent selection based on your goals and projected outcomes.

We hope InApps has been able to deliver informative content to help build your knowledge base. Keep reading and we promise to keep updating and enlightening you with such zeal.

1. What is react native web?

React native web is one of the best websites developing a library for UI developers built by Facebook, which is also used to run an application on phones or browsers just using a single codebase.
React Native for Web make all the possibility to run its components and APIs on the web by using React DOM.

2. Is React Native good for the Web?

React Native supports the web from version 0.60 upwards. You may already know that, with React Native, developers are able to build cross-platform mobile apps which support both Android and iOS. Their apps will render correctly on the web and perform just as well as they do on mobile devices.

3. Are React and React Native the same?

React Native is for mobile applications while React is for websites(front-end). Both are frameworks invented by Facebook. React Native is a cross-platform developing framework meaning one could write almost the same code for both IOS and Android and it would work.

4. Is React Native easier than React?

React Native comes with all the advantages that React. … If you know JavaScript, React Native will be easy to pick up, allowing most front-end web developers to be mobile developers. All you need to know is JavaScript, platform APIs, some native UI elements, and any other platform-specific design patterns and you’re set.

5. Why use React Native instead of React?

React Native is great for mobile apps. It provides a slick, smooth, and responsive user interface, while significantly reducing load time. It’s also much faster and cheaper to build apps in React Native as opposed to building native ones, without the need to compromise on quality and functionality.