Many might believe developers are living in a period they could only have dreamed of just 10 years ago. With the explosion of open source tools, the only thing between the software engineer and access to many new and exciting ways to create, deploy and manage code, are always-improving Git repositories. They also often share how ongoing improvement to DevOps, with these new tools, translates into production pipelines that are having a profound effect on how all companies, as software companies, are created and run.

Your day-to-day life as a developer is likely not that Renaissance-esque as some would think. Sure, you might have some great science projects going on at home or at work, but the company you are working for and the DevOps structure — that is, if your company even has a working DevOps — might foster an ingrained culture with often clueless business leaders preventing developers from applying their creative magic to allow the enterprise they are working for to offer great things.

However, the developer still has the power to make a difference, even though it may not seem that way oftentimes. You might, for example, feel just “doing your job” and staying out of trouble is the best you can do before going home at night to sit in front of Netflix as you hammer out code for a great open source project you are contributing to in your free time. But, regardless of how dismal things might seem at work, there are always rays of hope.

Maxine, the fictional character in Gene Kim’s latest book “The Unicorn Project,” likely shares your plight as a developer. She should also be of interest to any DevOps stakeholder including, of course, the business leaders. In this edition of InApps Technology Makers podcast, Kim, who is also the co-author of the seminal and now classic DevOps guide “The Phoenix Project,” discusses Maxine’s daily struggles and — without disclosing spoilers — successes and how they reflect developers’ lives today. 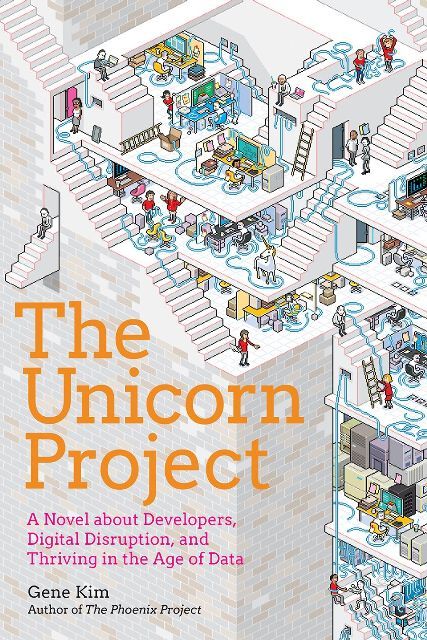 Maxine shares the developer’s modern-day angst in this paradoxically open source and DevOps Renaissance. While her plight is fictional, Maxine shows how developers, with management’s backing, can transform an enterprise’s DevOps with this from-the-front-lines fictionalized case study with human drama to spare.

And, of course, it is never easy, whether you are trying to convince management to back you or your team to implement DevOps — or if you are Maxine in “The Unicorn Project.” In the first third of the book, Maxine is stranded on an island and “everything requires a ticket — not one ticket but like 30 tickets,” Kim said.  “She’s having to pester people to get even license keys or environments,” Kim said.

Kim also discusses a number of other themes in speaking about how DevOps has changed during the past five years since the publication of  “The Phoenix Project,” which, with “The Unicorn Project,” should absolutely be must reading for anybody involved in DevOps. This holds true whether you are a developer, a team manager or a business stakeholder who might be clueless about programming, but is at least curious about how becoming a technology company is crucial for any enterprise’s survival.

In other words, a key takeaway for business leaders who do not necessarily “get it” when discussing DevOps or what is involved, should be aware of the consequences.  As Kim tries to convey in “The Unicorn Project,” for the DevOps team member, it is no fun to “when you can’t do anything for 30 days right and every little mistake is punished,” he said. “Everyone’s oversubscribed — no one has time to help you get on-boarded and learn the tools, or even get the tools to you,” Kim said.

“It’s the opposite of what we want work to feel like. And so I think most business leaders really care about workplace engagement and the feeling that you’re on a mission that you want to be on with work, you can get joy out of,” he said.