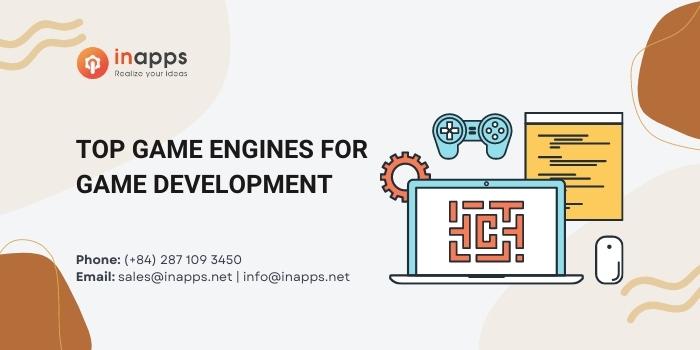 Who doesn’t love playing games? I mean, it’s the best way to pass time and keep ourselves entertained at the same time, right? We all play some type of game sometimes, whether it is an Open-world like GTA San Andreas or a first-person shooter like Counter-Strike or Call of Duty. But has anyone given a thought about how a game is made and what it is all about? Read more to know regarding the game engines and its role in game development and find answers to these questions as well:

Before going on to discuss the top game engines, let us have a brief description of what a game engine is all about

What is a Game engine?

A game engine is software that is used to design games quickly. In other words, it is a framework that brings all the essential tools required for building the games together. The main reason for using it is to reduce the cost, time, and complexity required in the development of the game.

Most of the time, It is observed that whenever there is a lag, crash or frame drop in a game, people immediately blame it on the engine. However, it’s not true. The lagging and the frame drops are caused because of the poor programming in the code.

Most of the big gaming companies have developed their own gaming engine whereas some open-source engines are also available. 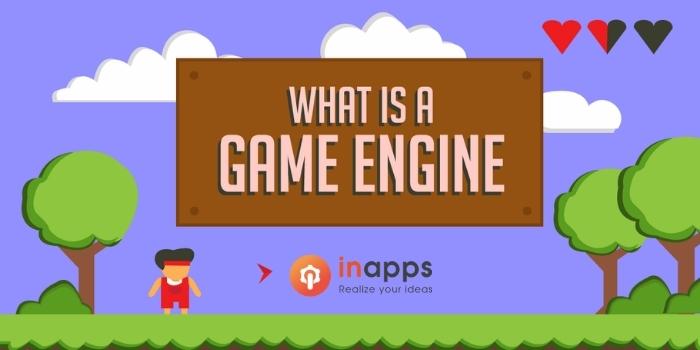 Now that we have discussed the engine, let us discuss Game development in short.

Game development is the art of creating video games that are used to describe the design, development, and release of a game. It can be made by a big publishing house or a solo group of developers. It is often considered an easy task but it involves a lot of patience, algorithms, programming, and many tests before reaching the user. 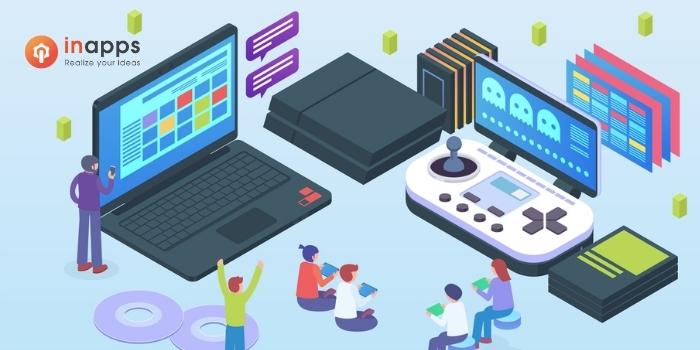 The game requires an architecture according to which it has to be built and it requires tools for it. Gaming engines provide both of them by saving time and money. It makes the process easier and allows the developer to reuse lots of functionality.

Along with this, the gaming engine provides graphics and sound which leaves the development team with more time to do something else.

For instance, Rockstar’s worldwide-hit game, GTA V(Grand Auto Theft 5) was built on their own gaming engine knows as RAGE. Thanks to RAGE, they had their graphics, sound, and AI done.

There are many instances in the gaming world where two games published by the same company were very different from each other. In such cases, the difference is created because of the programming and the setting in which the game is set up.

When we talk about gaming engines for beginners, there are a lot of options available out there like:-

Buildbox is a No-code development program that focuses on game creation without programming, coding or scripting. It is a cross-platform software that can run on both Windows and iOS. Its important features are the image drop wheel, asset bar, options bar, collision editor, scene editor, monetization options and sliders that change the physics within the game.

RPG Maker is used in multiple game genres. It is good for designing the game and has a very simplified code. It is better suited for those who have little experience in development.

This code engine supports both 2D and 3D but is mostly used for 2D animations. It is great for animators and easy to learn. Along with that, it has many tools and resources useful for designing.

It is one of the simplest gaming engines to master for a beginner. It allows you to make a 3D game by joining fragmented pieces and pretty easy to use thanks to its visual editor. The only con is that it has outdated graphics.

Unity is a cross-platform game engine developed by Unity Technologies. It can be used to create 3-D as well as 2-D, Virtual reality and Augmented Reality games. It was launched in 2005 and it is programmed in C++ and C#.

A lot of developers find it easier to use because of its functionality, ease of coding and the ability to be used for any sort of game.

Since it is also a cross-platform engine, it is supported by Windows as well as macOS and can run on consoles like Playstation and Xbox.

Some of the famous game titles made by using Unity engine are:

Unreal is a game engine developed by Epic Games which was first showcased in 1998 in the first-person shooter game Unreal. Developers love working on it because its code is written in C++and ease of use it offers.

Its latest version Unreal 4, is said to be the easiest engine to use as it creates very good graphics. Just like Unity it is a cross-platform engine and supports consoles like Playstation, Nintendo, and Xbox.

Some of the famous game titles created by using the Unreal engine are:

CryEngine is a game engine developed by German developer Crytek. It has been used in all of their titles. It has also been used for many third-party games under Crytek’s licensing scheme and has beautiful graphics. Along with it, the characters made with it are life-like.

To learn how to use CryEngine, there are a lot of free resources. Since it is programmed in C++, C#, and Lua, it is easy to code and supports platforms like macOS and Windows and consoles like Playstation and Xbox.

Some of the famous game titles developed on CryEngine are:

We tried compiling the best list for the top game engines in game development and most of them provide more or less the same gaming experience. What you like will completely depend on your experience you had while playing the game designed on that engine.

In case of any queries, you can contact InApps. We would love to help you.