SQL vs NoSQL – Which One Is The Best For You? 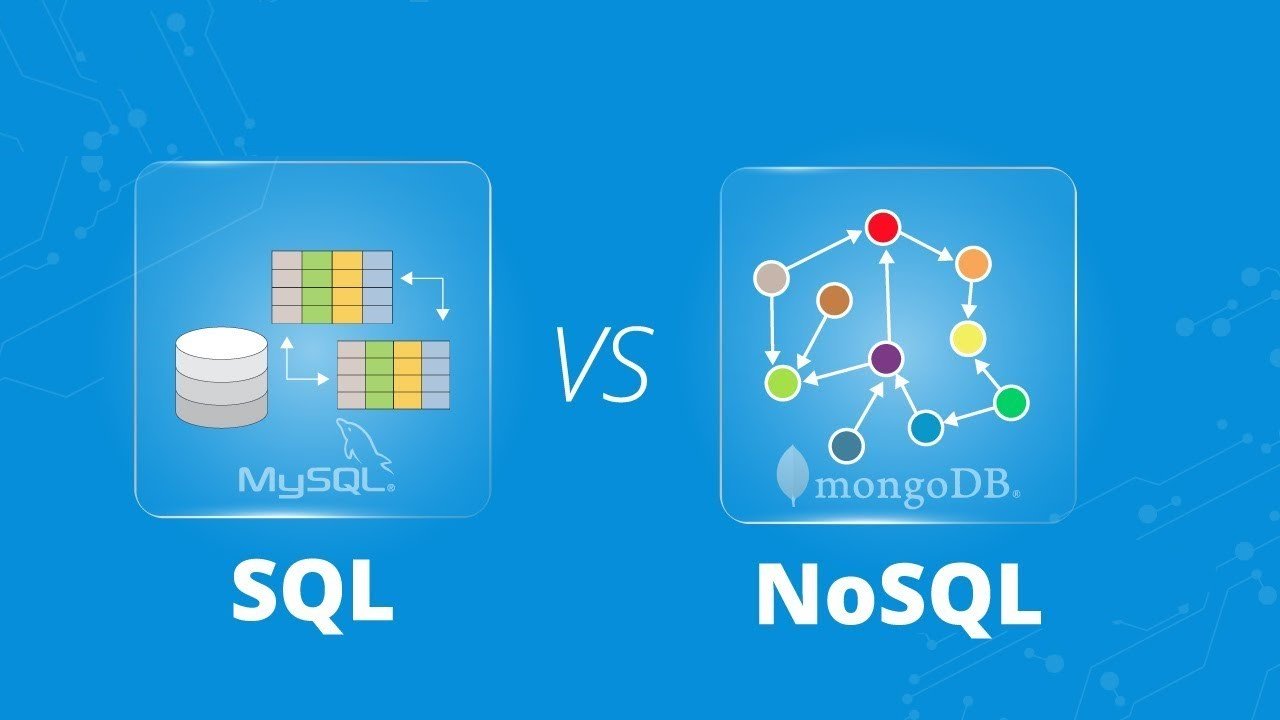 SQL database is a domain-specific programming language used for managing, and designing data stored in a relational database management system (RDBMS). Also, it is used for stream processing in RDBMS. Relational databases use relations (typically called tables) to store data and match that particular data by using common characteristics within that dataset.

Here’s A Beginner’s Guide To SQL for you to go through!

SQL often pronounced as “S-Q-L” or “See-Quel” is the standard language for dealing with Relational Databases invented in 1974 and is still going strong with their latest released version in 2016.  It is particularly useful in handling structured data which is data incorporating relations among entities and variables.

A relational database defines relationships in the form of tables and SQL is effectively used to insert, search, update, delete database records.

A Schema in SQL is a template/pattern that describes qualities regarding the information a database will store.

SQL provides an organized and systematic approach to accessing information through various methods like:

Although the SQL database is essentially a declarative language, it includes procedural elements also.

A few examples of relational databases using SQL are:

ACID is a concept that is generally used by database professionals for the evaluation of databases and application architectures in the SQL database model to ensure that data is stored in a safe, consistent and robust manner

A- Atomicity -Atomicity is an all-or-none proposition. During such transactions between two information either all is saved or none is saved.

C- Consistency The data saved can’t violate any of the database’s integrity.  Interrupted changes are rolled back to ensure the database is placed in a state prior to the change.

I- Isolation – The transaction does not get affected by any other transactions which are happening at other places, this avoids “mid-air collisions.”

D- Durability– Once the transaction happens, any failure or system restart returns the data in an absolute correct form.  Regardless of subsequent system failure, its state remains unaffected.

For a reliable database, all these four attributes should be achieved.

Usage: Which jobs use SQL?

SQL statements are used to perform tasks such as updating and retrieval of data on a database.

Interactive language SQL is used to communicate with greater ease in answering complex queries in a database.

Along with some benefits, the SQL database comes with certain limitations/ disadvantages:

The average salary of SQL Developer:-

The average annual salary for any SQL developer in the USA is $84,328.

NoSQL is a non-relational database management system, that does not require a fixed schema, avoids joins, and is easy to scale. NoSQL database is used for distributed data stores with humongous data storage needs.

NoSQL stands for “not only SQL,” or “Not SQL” an alternative to traditional relational databases where data is placed in tables and schema is carefully designed before the database is built.

A NoSQL database is self-describing, so it does not require a schema. Also, it does not enforce relations between tables in all cases. All its documents are JSON documents, which are complete entities and one can readily read and understand.

A NoSQL database system encompasses a wide range of database technologies that can store structured, semi-structured, unstructured and polymorphic data.

‘NoSQL’ refers to high-performance, non-relational databases that utilize a wide variety of data models. These databases are highly recognized for their ease of use, scalable performance, strong resilience, and wide availability.

According to Wikipedia “A NoSQL database provides a mechanism for storage and retrieval of data that is modeled in means other than the tabular relations used in relational databases.”

NoSql is a cloud-friendly approach to employ for your applications.

The formal definition of a database schema is a set of formulas or sentences called “Integrity constraints” imposed on a database.

NoSQL databases are horizontally scalable, which means they can handle increased traffic needs immediately, simply by adding more servers to the database. ‘NoSQL’ databases have the ability to become larger and more powerful, making them a preferred choice for larger or constantly evolving data sets.

Presenting here a list of top 4 NoSQL Databases with their uses:

‌NoSQL relies upon a softer model known as the BASE model. Here BASE stands for (Basically Available, Soft state, Eventual consistency).

Basically Available: Guarantees the availability of the data.

NoSQL is used for Big data and real-time web apps.

No SQL provides ease in availability with rich query language and easy scalability. The following are the main advantages of NoSql databases.

RDBMS might not scale out easily for commodity clusters, but the new versions of the “NoSQL database” are designed to expand transparently to take benefits from new nodes.

To combat the growing needs of the volumes of data that are being stored, RDBMS capacity has been increased to match these massive volumes. But with transaction rates, constraints of data volumes that can be practically managed by a single RDBMS is getting difficult to handle by organizations/ enterprises worldwide. NoSql systems provide a solution to all this by handling bigger data needs as displayed in Hadoop.

Every database has certain advantages and some disadvantages as well, listing here a few of the major NoSql limitations:

The average annual salary for a NoSql developer in the USA is $72,174.

To understand which is the best data management system between Sql Vs NoSql databases for your organization, we must identify the needs of our business and then make an informed decision. In database technology, there’s no one-size-fits-all solution, so it is recommended to analyze SQL Vs NoSql and then decide.

Many businesses rely on both relational and nonrelational databases for different tasks, as NoSQL databases win in speed, safety, cost, and scalability, whereas the SQL database is preferred when the highly structured database is required.

One of the key differentiators is that NoSQL is column-oriented, non-relational distributed databases whereas RDBMS is the row-oriented relational database. Also, they are differentiated on the basis of built, type of information they store, and how they store

The major point of differences in SQL Vs NoSql databases are:

3. Community– Because of SQL’s advanced and mature useful features in database management, it has a much stronger, huge, and developed community as compared to ‘NoSQL’. Although NoSQL is growing rapidly its community is not big enough and well defined in comparison to SQL, because it’s relatively new.

Read More:   How AppSec Can Keep up with Increases in Release Frequency – InApps 2022

4. Structure– Finally in SQL vs NoSQL differences, an important difference in their structures. SQL databases are table-based considered a good option for multi-row transactions like in accounting systems or legacy systems that are built on relational structure. NoSQL databases are key-value pairs, wide-column stores, graph databases, or document-based in structure

One of the most important decisions for your businesses is what database to go for as per the requirement. Many times it so happens that businesses require both databases at various stages of an application. The onus is on the developer to recognize the right database for a certain application and deploy it as per the need on the basis of query and scalability needs.