There are a lot of misconceptions about archaeology and how it’s done. Contrary to popular belief, archaeologists aren’t always digging for dinosaur bones, and not all archaeologists are adventure-seeking treasure hunters sporting dashing hats and bullwhips. Often, real archaeological work is painstakingly tedious. There’s a lot of careful and slow scraping away of soil with trowels and dustpans, while the artifacts being studied are not particularly glamorous: typically that includes everyday objects of the past and an inordinate number of pottery shards — also known as “potsherds” in archaeological parlance.

Not surprisingly, identifying these potsherds can be a time-consuming endeavor, considering that a typical archaeological excavation can produce hundreds — if not thousands — of pottery fragments, which can help experts map out the chronological timeline of a site, and learn more about the cultures that once occupied it. The trouble is that the expertise needed to distinguish between various types of potsherds can take years of training to develop, and even then there can be differences in professional opinion.

Fortunately, a team of experts from Northern Arizona University has now successfully shown that some of that work can be automated with machine learning, using a kind of artificial neural network known as a convolutional neural network, or CNN, which relies on an AI technique known as deep learning. Deep learning AI models like CNNs are designed to imitate the structure and functioning of a biological brain, with CNNs being used in a variety of tasks like image and video recognition, image classification, and medical image analysis. 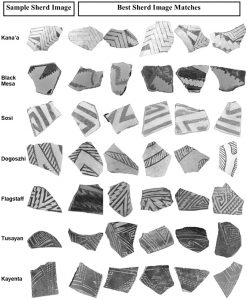 In particular, the researchers focused on images documenting a specific kind of painted pottery from the American Southwest called Tusayan White Ware. Originating from a region that is known today as northeastern Arizona, and dating back to a period between 825 and 1300 CE, these hand-painted wares were used by the ancient Pueblo peoples to store food and water. The team specifically chose this pottery typology as it features darkly painted geometric patterns that contrast strongly with lighter colored surfaces, which ensured that a high percentage of the images analyzed in the experiment were actually usable.

“Our results show that when properly trained, a deep learning model can assign types to digital images of decorated sherds with an accuracy comparable to, and sometimes higher than, four expert-level contemporary archaeologists,” explained the researchers in a paper recently published in the Journal of Archaeological Science. “The technique also offers novel tools for visualizing both the importance of diagnostic design elements and overall design relationships between groups of pottery sherds.”

To start, the team enlisted the help of four specialists in Tusayan White Ware to classify an initial set of 3,000 photographs of potsherds. Out of these, the analysts unanimously agreed upon the classification of approximately 2,400 images, which were then used to build a “consensus dataset” to train the convolutional neural network and to boost its potential accuracy in identifying this distinctive typology. To make sure that the machine learning model could sufficiently deal with image variations, some of the analyzed photographs were randomly rotated or resized.

The team’s convolutional neural network was based on slightly modified versions of VGG16 and ResNet-50, two previously developed CNNs that were chosen because they come pre-trained, and don’t require too much computational power to run. This kind of so-called transfer learning — where a pre-trained model is re-purposed to perform a second related task — helps accelerate the training process.

One interesting feature of the team’s approach is that in the process of classifying pottery pieces, the model can produce color-coded “heat maps” of images that ‘explain’ how it classified an image. For instance, it can show which pottery patterns of the photograph highly correlate as being distinctively Tusayan White Ware (shown in red), or less so (coded as blue). Ultimately, in comparing the performance of the CNN with the four human experts in classifying sherds, the team’s experiments demonstrated that the CNN did as well as two of the specialists, while outperforming the other two.

While the team admits that this machine learning-based approach would not work with plain potsherds with no significant decorative identifiers (or “plainware”), they note that AI will no doubt help accelerate the sorting and identification of certain types of ceramics, particularly in cases where there’s a massive number of specimens to process.

In the future, the researchers hope to increase the accuracy of such models via larger datasets for training, and to combine it with human analysis in order to help identify more ambiguous artifacts that defy simple classification.

In the end, the team said that its long-term aim is to develop an automated program that would assist experts, not replace them, and free them up to perform a broader analysis beyond mere identification, which would help to advance the field immensely.

“Machine learning models are potentially powerful tools for improving the objectivity, replicability, speed, and efficiency of ceramic design classification. We envision a ceramic analyst submitting a sherd to a CNN model database and getting back not just a predicted type, but a set of sherds that closely match in appearance, along with additional information on the context and geographic location of the sherds.” 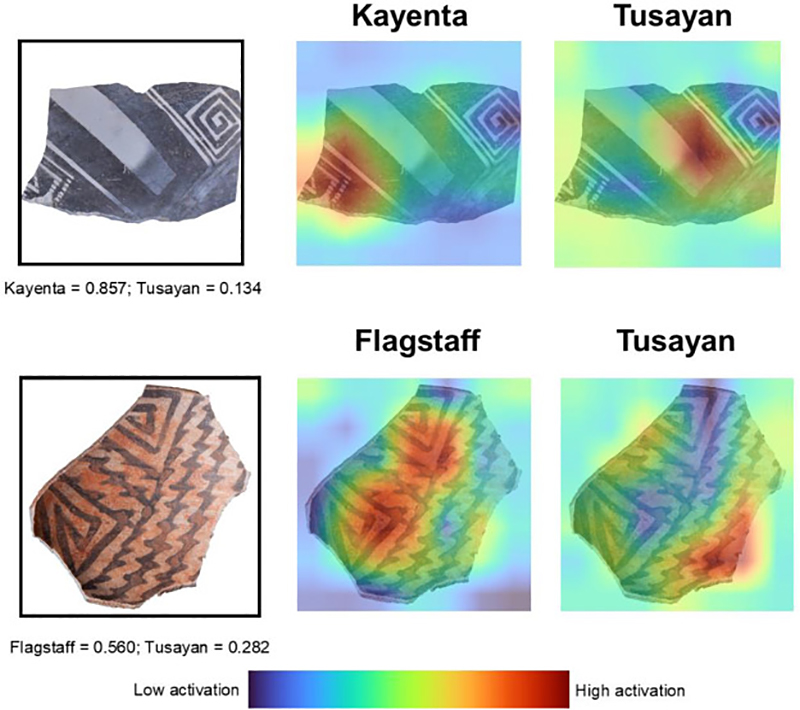 Read more in the paper.