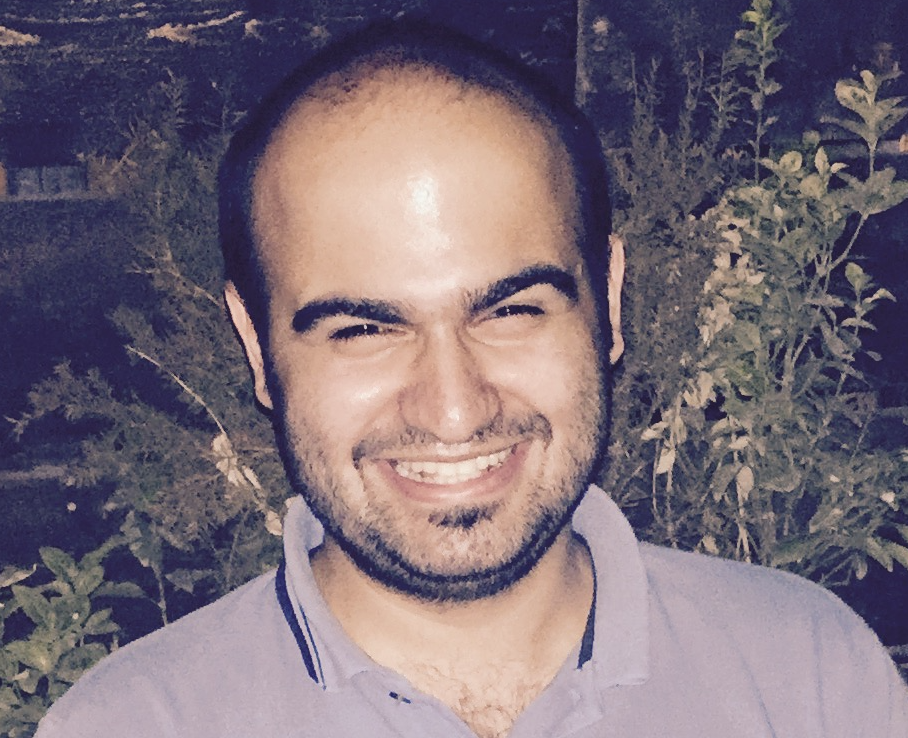 Reza Ramezanpour
Reza is a developer advocate at Tigera, working to promote adoption of Project Calico. Before joining Tigera, Reza worked as a systems engineer and network administrator.

Kubernetes operations (kOps) is one of the official Kubernetes (K8s) projects. The kOps project allows for the rapid deployment of production-grade K8s clusters on multiple cloud platforms. By leveraging YAML manifests, kOps delivers a familiar experience to users who have worked with kubectl. Similar to K8s clusters in popular cloud platforms, kOps helps set up self-managed clusters to easily deliver high availability. Given its ease of use, it is a popular choice when users want to deploy self-hosted Kubernetes clusters.

With the recent release of kOps v1.19, support for the Calico eBPF dataplane was added to the utility. In addition to the above-mentioned features, the latest kOps update offers an effortless way to autodeploy K8s clusters using Project Calico for networking and the Calico eBPF dataplane. Calico eBPF dataplane implementation replaces kube-proxy and delivers equivalent functionality. It also leverages the most optimal datapath for traffic. These changes deliver a network performance boost and source IP preservation to your cluster.

In this blog post, we will showcase the steps required to deploy a cluster that uses these newly available features.

eBPF is a virtual machine embedded within the Linux kernel. It allows small programs to be loaded into the kernel and attached to hooks, which are triggered when some event occurs. This allows the behavior of the kernel to be (sometimes heavily) customized. While the eBPF virtual machine is the same for each type of hook, the capabilities of the hooks vary considerably. Since loading programs into the kernel would otherwise be a security risk, the kernel runs all programs through a very strict static verifier. The verifier sandboxes the program, ensuring it can only access allowed parts of memory and ensuring that it must terminate quickly.

In a default networking setup, kube-proxy pods are in charge of routing inbound (ingress) traffic to target pods using network address translation (NAT) technology. NAT might be a good option to deliver packets. However, in the process of delivery, NAT replaces the original client source IP address, making troubleshooting and security implementation difficult since packets do not represent their original source.

Calico eBPF dataplane mode is an alternative to our standard Linux dataplane mode, based on iptables, that pushes the performance limits further. In eBPF dataplane mode, Calico leverages eBPF programs to process packets rapidly and efficiently without ever leaving the packet-processing context of the Linux kernel. The efficiency achieved by this method is close to natively compiled code in the kernel. 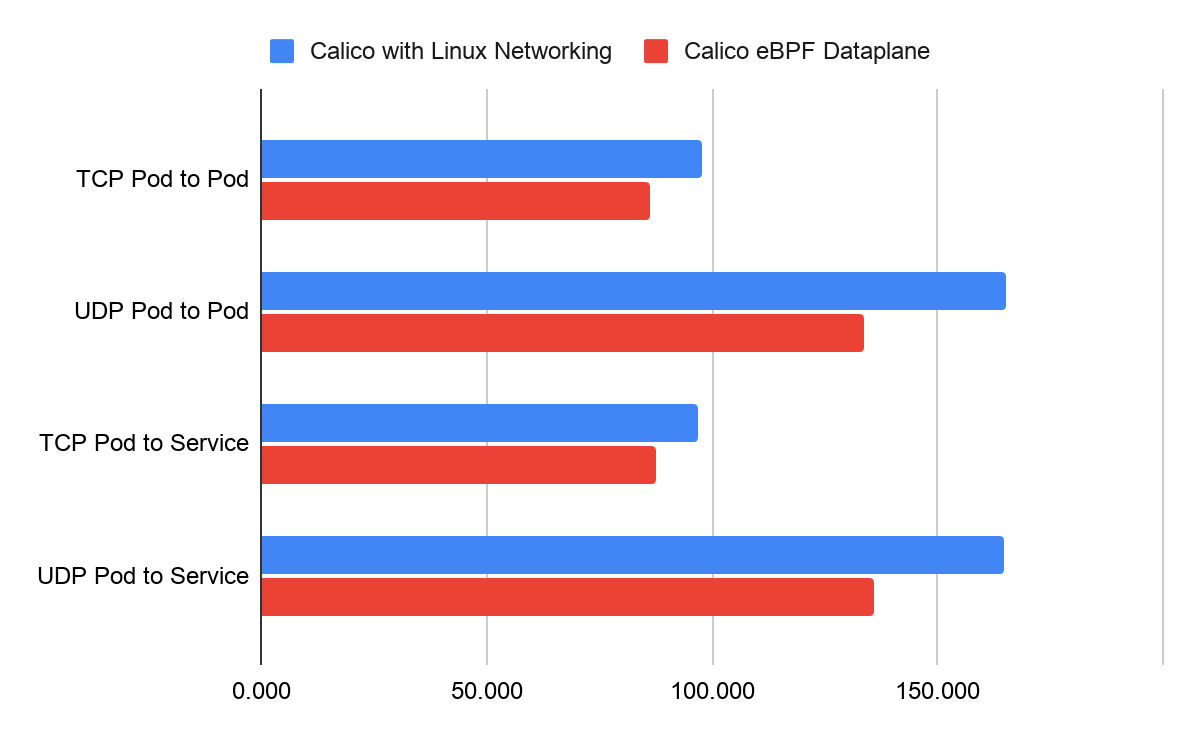 Calico’s eBPF dataplane attaches eBPF programs to each Calico interface as well as the data and tunnel interfaces. This allows Calico to spot workload packets early and handle them through a fast path that bypasses iptables and other packet processing that the kernel would normally do.

The differences in performance are most noticeable if you have workloads that are particularly sensitive to network latency or if you are running large numbers of services. You can read more about these performance advantages and find a range of different benchmark charts comparing kube-proxy performance with Calico’s native service handling in this blog from the Calico team. 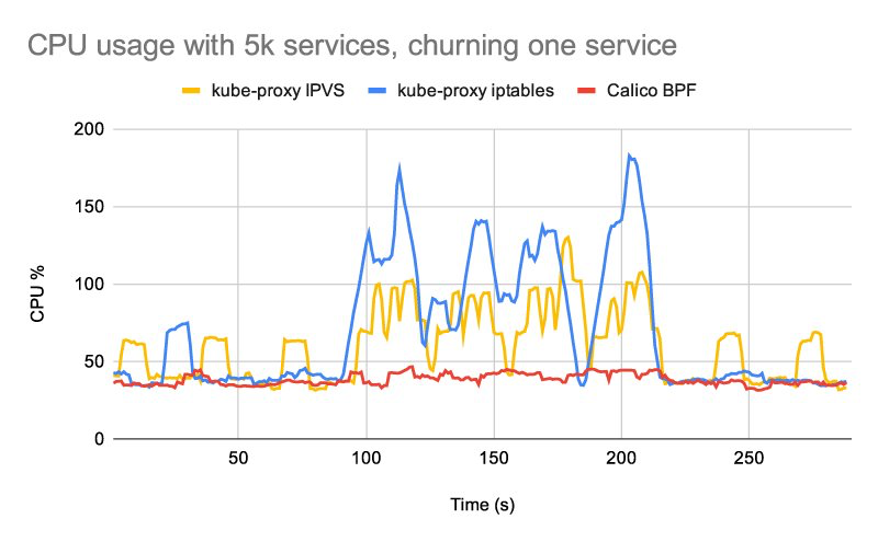 Before We Begin: Install aws-cli and kubectl

To populate a cluster in the AWS public cloud, kOps uses aws-cli command line capabilities. Therefore, it is a requirement to install and configure aws-cli on your machine before following the below how-to section. You will also need kubectl to interact with your K8s API server. If you are not sure how to install these requirements, check out the following links:

kOps can create self-managed K8s clusters without hassle in a matter of seconds. There are a few configurations required to successfully deploy a kOps cluster.

You should see a result similar to:

After creating the S3 bucket, we will need to store the name in an environment variable for kOps to use, using the following command:

If you are following this demo in Windows, please use the following PowerShell command:

If you would prefer not to create an environment variable, use the --state argument to define your S3 store name.

Read More:   Update Unstructured Data Will Be Key to Analytics in 2022

Then, use the following command to create the required configuration files in your S3 bucket:

Let’s go through some of the parameters that were used to create the cluster.

By adding the following line to our configuration, we disabled kubeproxy pods and prevented them from being installed on our cluster, given that we are going to implement Calico in eBPF mode to take on the responsibility of directing our network traffic flow.

The networking section in kOps declares which container network interface (CNI) should be used in the cluster.

We can configure Calico using parameters available in kOps. For example, turning on the eBPF dataplane is as easy as setting the bpfEnabled parameter with a true variable and appending it to the network section of the manifest.

We can also customize our installation further with parameters such as:

Now that we have created the cluster, we need to provide an SSH public key. Note that kOps and AWS can only import RSA keys, not other key types:

Use the following command to create the cluster resources:

After issuing this command, EC2 and other required resources will be created in AWS. This will take some time.

Since cluster creation can be time-consuming, you can use the following command to find out when creation is complete:

After some time, you should see a result similar to:

That’s it; now you have a self-managed K8s cluster equipped with a Calico eBPF dataplane.

If you would like to remove the resources we have just created, use the following commands:

As we have established in this blog post, running a self-managed K8s cluster equipped with Calico using an eBPF dataplane is an easy task using the kOps deployment tool. kOps abstracts away much of the complexity, but still supports eBPF and Calico for excellent performance. The resulting cluster not only outperforms vanilla cluster networking but offers additional features.

Did you know you can become a certified Calico operator? Learn Kubernetes networking and security fundamentals using Calico in this free, self-paced certification course.

InApps is a wholly owned subsidiary of Insight Partners, an investor in the following companies mentioned in this article: Tigera.