Update The Power of Graph Technology for Marketing Medicine 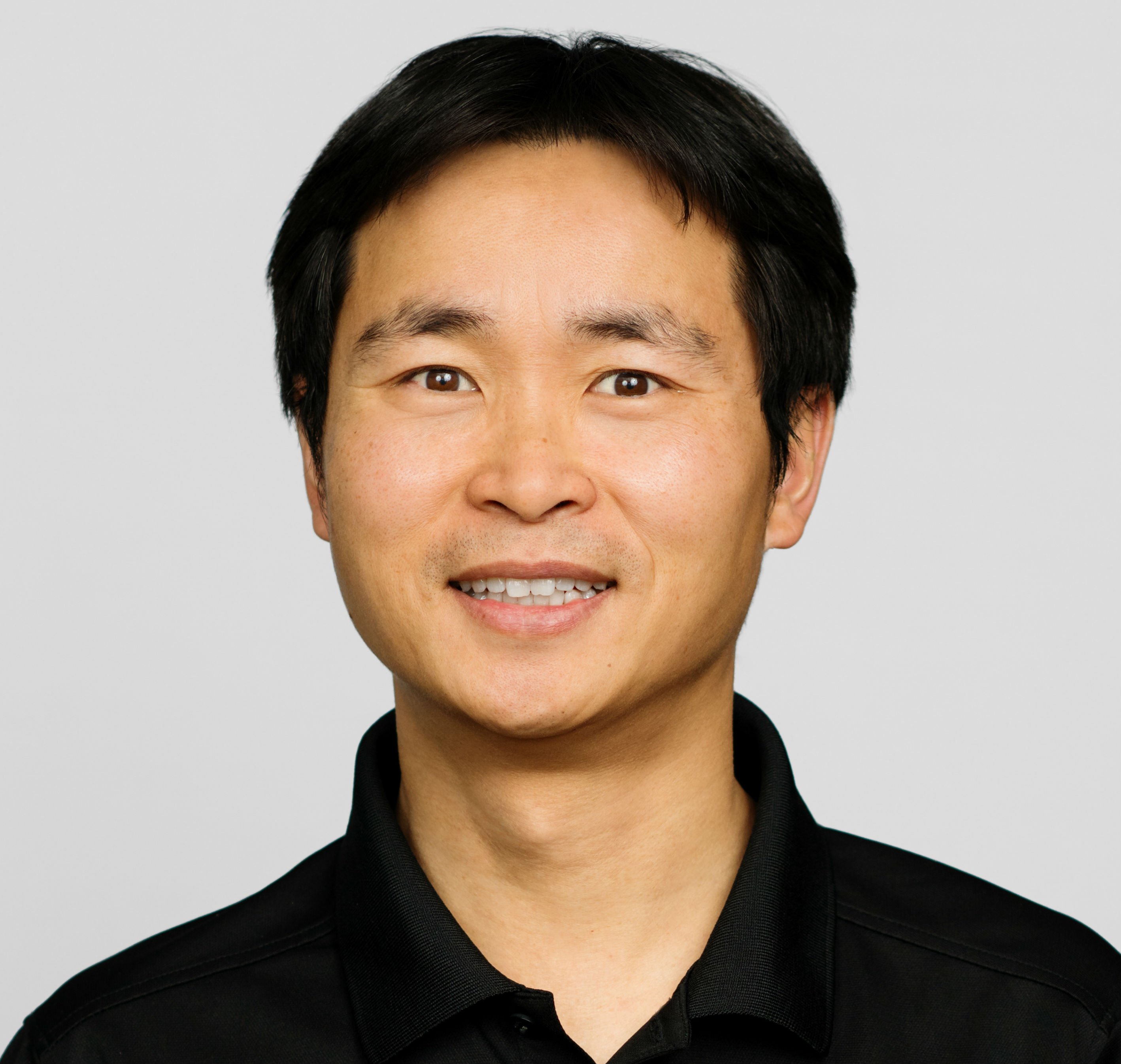 Dr. Yu Xu
Dr. Yu Xu is the founder and CEO of TigerGraph, the world’s first native parallel graph database. Dr. Xu received his Ph.D. in Computer Science and Engineering from the University of California San Diego. He is an expert in big data and parallel database systems and has 26 patents in parallel data management and optimization. Prior to founding TigerGraph, Dr. Xu worked on Twitter’s data infrastructure for massive data analytics. Before that, he worked as Teradata’s Hadoop architect where he led the company’s big data initiatives.

An oft-quoted study by the Tufts Center for the Study of Drug Development estimates the cost of developing a new drug, from R&D to approval, is about $2.6 billion.

Influencer marketing is often thought of in a consumer context, such as Netflix extensively using social media platforms to attract millennials. However, similar marketing strategies can influence a decision to, say, switch to a new cholesterol or blood pressure management drug because your trusted cardiologist recommended it over the current one due to higher efficacy.

The main challenge is identifying these hubs of influence, understanding the community attached to each hub and prioritizing the marketing activities to effectively launch the new product or service through the hubs.

Finding hubs of influence on Instagram, YouTube, Twitter, Facebook etc. are well understood, and there are many tools that can identify the hubs, characterize the communities or audience attached to each hub, and rate the relative value of each community for consumer product marketing.

For more complex products such as new pharmaceutical drugs, medical equipment or healthcare treatments, identifying hubs of influencers among physicians and other healthcare providers requires deep analysis of patient claims data to uncover the referral relationships.

Graph technology makes uncovering referral relationships much easier, as the patient, prescriber and claims data is pre-connected in the graph database.

Amgen quickly ran into problems scaling with its original graph database. Loading the data took too much time and, once it was loaded, calculations were very slow or didn’t complete at all.

With the latest graph technology, the company can scale its analysis of these relationships and derive new, hidden insights.

Uncover Inferred Relationships among a Group with Graph Database 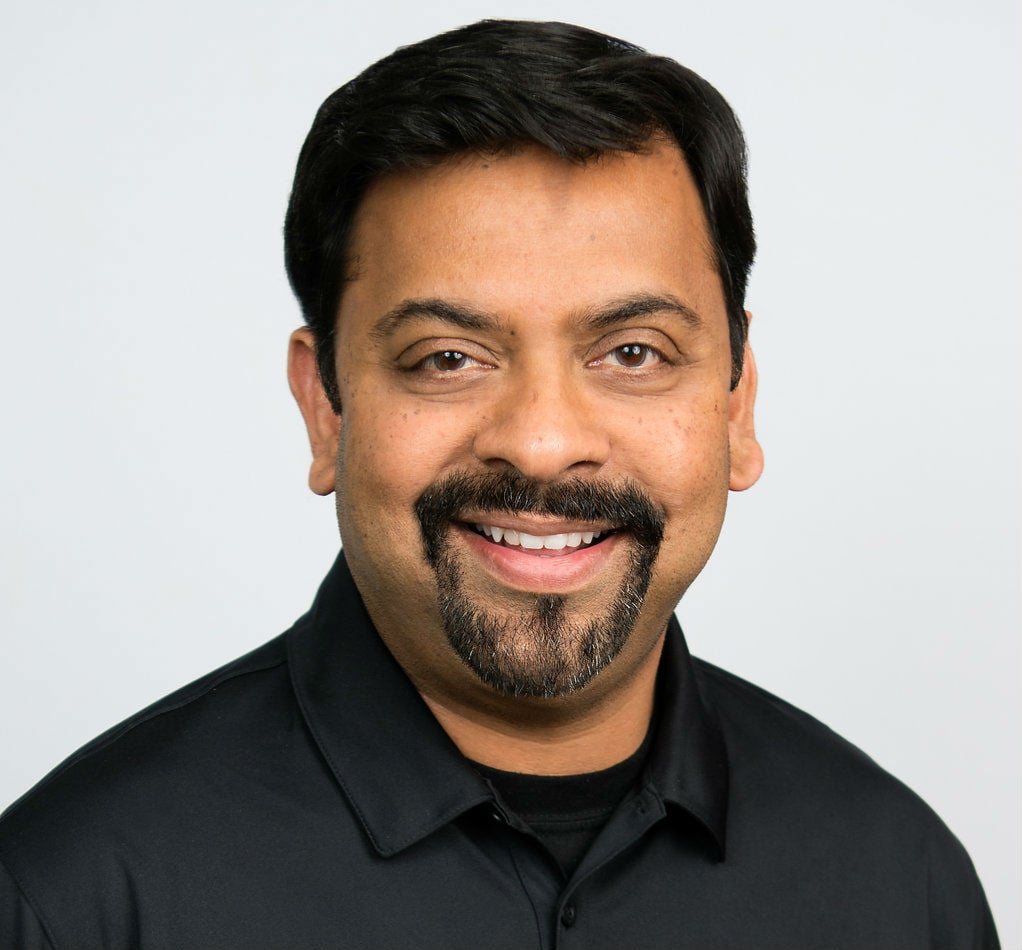 Gaurav Deshpande
Gaurav Deshpande is VP of Marketing at TigerGraph. He’s a seasoned technology executive focused on building winning teams to create new products and industry solutions, establish new markets and dominate the marketplace. Prior to TigerGraph, he spent 15 years overseeing marketing for IBM’s Artificial Intelligence, Blockchain and Cloud portfolios for the Banking and Financial markets, Telecommunications and Retail.

Consider another example: A general practitioner sees a patient for shortness of breath symptom resulting in an insurance claim. The same patient sees a cardiac specialist the next week for cardiac catheterization or angiography and again a week later for an angioplasty operation.

Graph technology visually shows all of these claims connected with the patient and the prescribers so that data analysts can understand the relationship intuitively. It also links them based on a time window to deduce referral relationship.

In this example, the claims occurring within three weeks are considered for establishing a referral relationship. It takes four hops or steps for traversing from the referring physician to the referred specialist via relevant claims.

A referral edge or relationship is established between the two doctors and the relationship edge carries important information such as the number of patients referred, healthcare condition groups related to the referred patients. 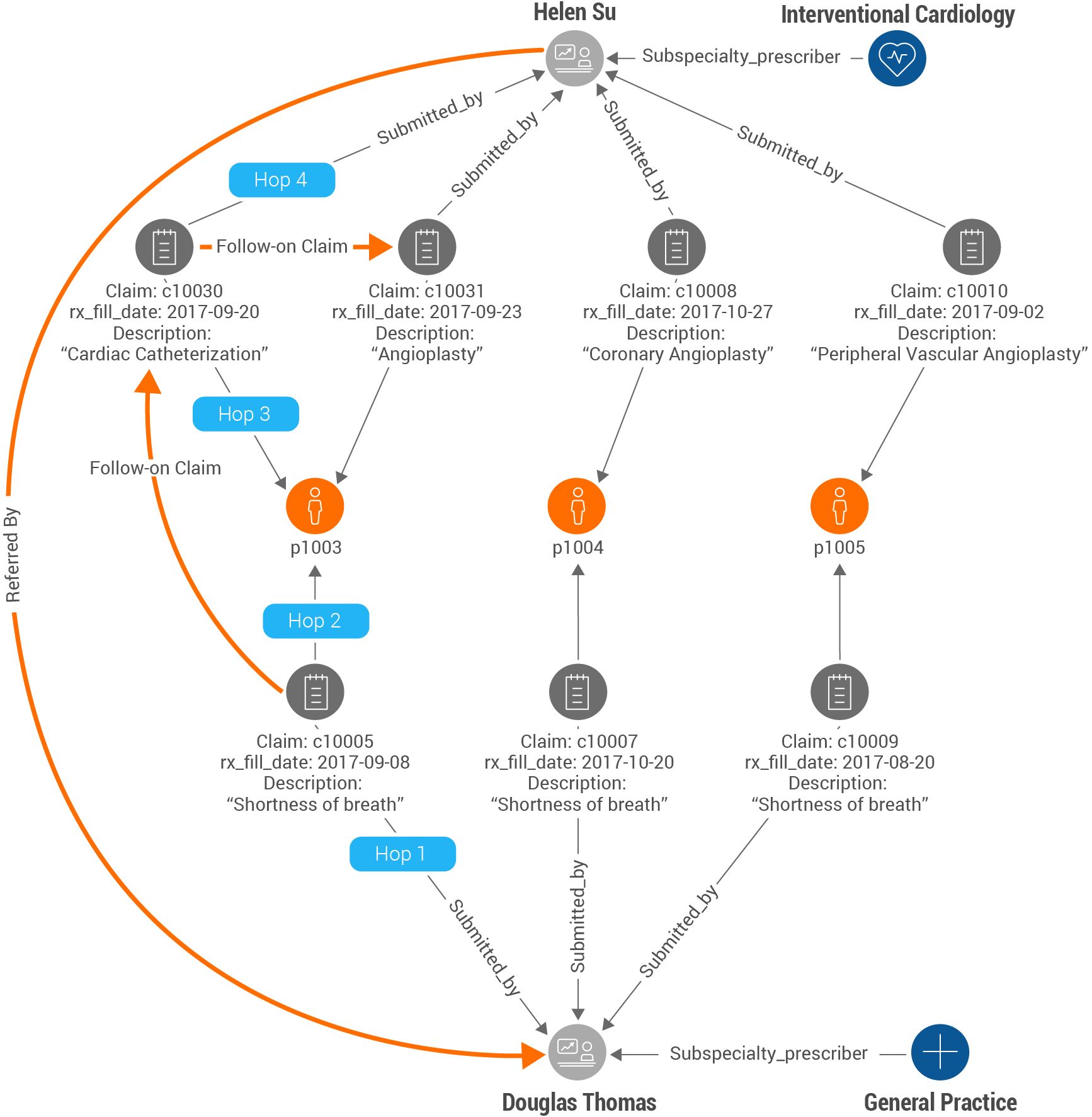 The prescription claim data can be added in, to provide specific drugs for cardiac care that are frequently prescribed by both physicians. Armed with these insights, pharmaceutical companies producing cardiac care medication and the medical equipment manufacturers producing stents and other products for cardiac surgery can market those products to the doctors and their networks.

After establishing the referral relationships among influencers or trusted product or service providers (such as prescribers or doctors in case of pharmaceutical and healthcare industry), the next step involves identifying the most influential hubs driving most activity such as healthcare claims for a specific condition such as cardiac care or diabetes management.

After identifying and ranking the hubs for their influence, the final step in the product and service marketing driven by influencers is to identify the community around each hub and evaluate the market opportunity to determine the relative importance of each community.

The technology includes the community detection algorithm to identify communities around each hub. 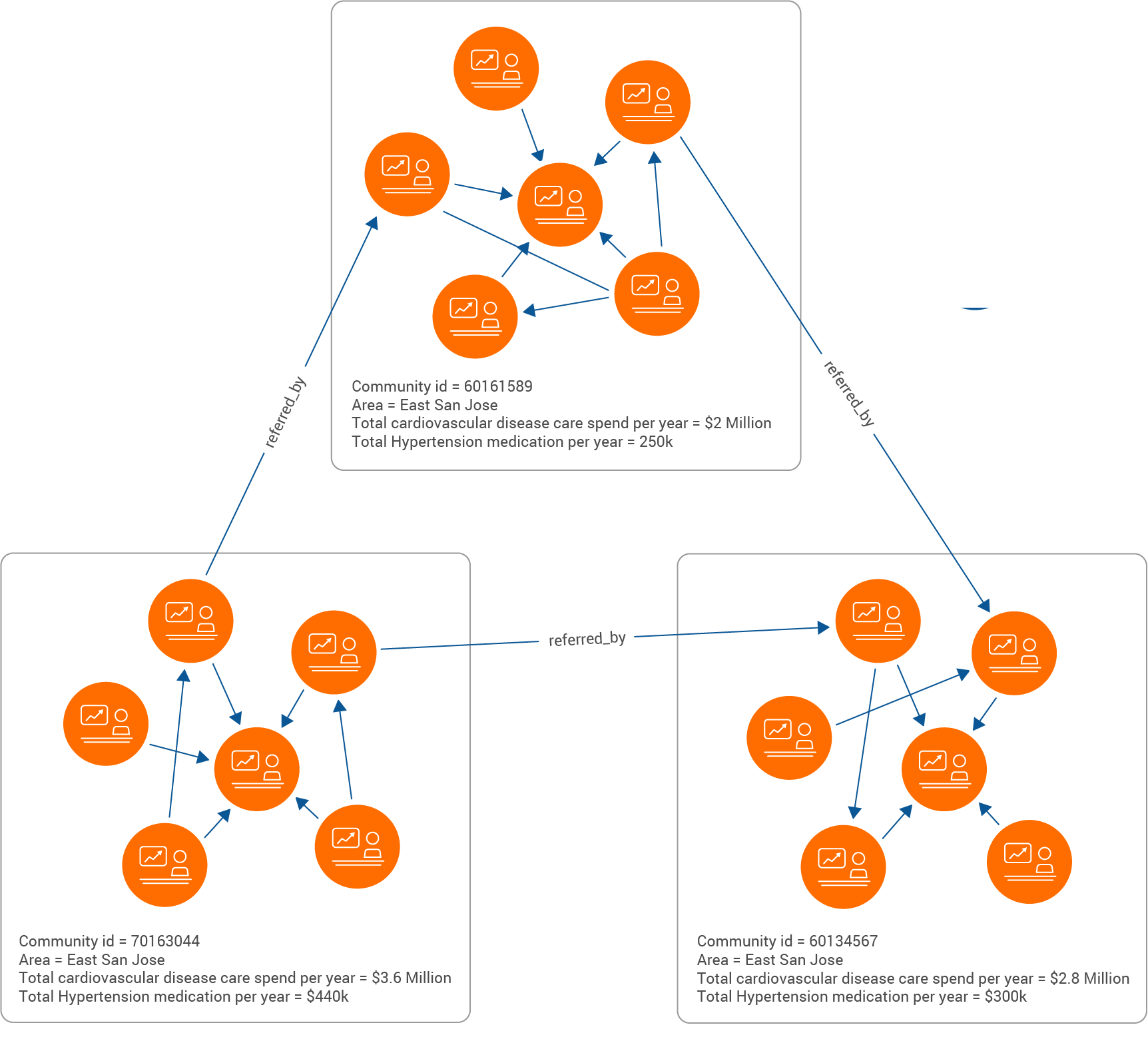 Consider an example where there are three communities of connected prescribers and patients identified for the eastern part of San Jose, California, for treating cardiovascular disease and providing preventive care with hypertension medicines.

Armed with these insights, pharmaceutical companies producing the medication and the medical equipment manufacturers producing stents and other products for the cardiac surgery can prioritize visits to the most influential hubs in communities with the maximum spend on those products or services in the Raleigh healthcare market.

This delivers the new innovations in medicine as well as healthcare instruments and procedures to the community that is likely to benefit most from it while delivering maximum revenue uplift for the producers of these products and services.

Determining hubs of influence is a powerful tool for marketing in a medical context.

Feature image by rawpixel from Pixabay. Other images provided by TigerGraph.