Dotmesh gives the capability to capture the stateful parts of your application during development and testing, said CEO and founder Luke Marsden in this episode of InApps Technology Makers podcast. By saving the state, Dotmesh is positioning itself as a platform to do more tests earlier and decreasing the number of bugs in production.

A developer will use version control for code, Marsden said. The same idea can be applied to capture data and development states across multiple microservices. The model can be applied in different use cases such as detecting security vulnerabilities by monitoring the state of behavior across multiple data stores on different microservices. The idea is to enhance developer collaboration, continuous integration and better documentation through snapshots of development states earlier in the process. 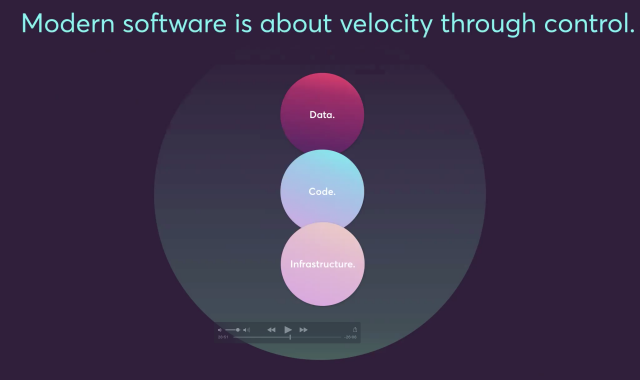 Marsden is one of a leading group of technologists who are building the fundamental platforms for developers to more easily develop, deploy and manage microservices. He’s part of a scene in London that is rich in talent, where people work in communities that will often overlap, join and then separate.

Five years ago Marsden was part of the early Docker and container community, building and thinking about how container technologies were used with data volumes. Flocker was the open source container storage environment that Marsden led and which became the foundation for ClusterHQ, one of the early container storage businesses. He then went to work with Weaveworks, which is now focusing on the opportunity to think about continuous delivery through GitOps, which was described to us in another Makers podcast by Weaveworks CEO Alexis Richardson as an iteration of DevOps as applied to cloud-native and in particular Kubernetes.

Dotmesh uses a model for capturing state that has a likeness in concept to the projects at Weaveworks. Dotmesh employs what it calls a mesh with a hub in the middle.

The data mesh has a data hub in its center that allows for collaboration by capturing state across multiple microservices. Developers can store these states in the data hub. These states are called“data dots,” stored versions of captured state.

Marsden’s views are well-captured in the demo he provides us and his descriptions about developers who he says are essentially always looking for clues. They are trying to figure out how the system got to the state it is in. Data dots, those state captures, are what Marsden sees as the clues. The goal is simply to get the clues faster to resolve problems at a faster pace and more consistently, thereby achieving what developers want. And that’s velocity with control.

3:37: A quick recap of the Dotmesh introductory demo video.
14:28: Kubernetes immutable infrastructure design and how it was not originally developed for state.
20:04: When would one put this state on a shelf?
27:18: What has been the challenge of doing this over the years that now makes it possible?
31:18: How storage and data can be more effectively used.
32:24: A demonstration of the Dotmesh hosted tutorial.