Diary of a First-Time On-Call Engineer 2022 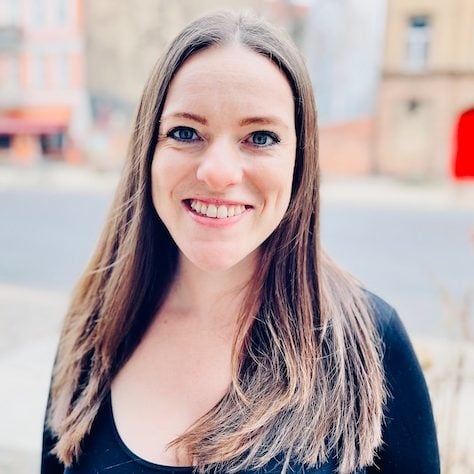 Anna Baker is a software engineer at LaunchDarkly, where she has spent the past few years advocating for inclusive processes and bridging the gap between product engineering and site reliability. She is also a part-time graduate student pursuing an M.S. in computer science at Georgia Tech.

There is a clear business need for having engineers on call. One of the best ways to retain and gain customers is to deliver excellent, world-class service and a product they can rely on. Developing skills that drive business value not only will help engineers in their current role, but can prepare them for any role or level they may want in the future. Volunteering for on-call rotation can help the individual and the company.

While taking on a new opportunity is exciting, it also comes with nerves. Maybe you have commitments outside of work like grad school classes or family obligations. Maybe you enjoy your evenings and weekends. What do you do if an alert comes in about a service that you’re not familiar with?

Change can be scary, which is often why processes don’t change within organizations, but as companies grow, they may need to rethink their on-call rotation. Last year, LaunchDarkly modified our on-call process for engineers, as we had outgrown our previous model.

As we grew, we adopted the squad model. Each squad has an engineering manager, a product manager, a designer and five to seven engineers that work on a subset of our features.

After some time, the squad model evolved and adopted service ownership. Each squad became responsible for a subset of our backend services. However, we didn’t change the engineers who were on call in a substantial way. They were almost exclusively engineers who were at one point, or would have been, on the defunct Backend Services team. We decided a new process was needed.

There were multiple discussions internally about what the new on-call process should look like. We needed to make sure the rotation was equitable and that we had appropriate coverage. In the end, we decided on the following:

If you’re considering changing your on-call rotation, have open conversations to get various perspectives on what works and what challenges might be encountered.

How to Onboard New Engineers to the On-Call Rotation

One of the most important aspects is to have an engineering culture that fosters learning and psychological safety. On-call engineers need an onboarding process that sets them up for success, knowing that they will have help, that if something goes wrong, they won’t be blamed. Feeling safe to learn and explore means knowing it’s OK to make mistakes.

Be clear with people who are thinking to join an on-call rotation about what the expectations are.

I received the following message from my manager when I was thinking about joining the rotation.

“In general the expectation is to try your best with what you know, and if you don’t know how to address the issue, escalate. Over time the people that are being escalated to will think ‘hmm, next time if I don’t want to get a page, I should arm the virtual squad with whatever it needs to handle this.’”

In the weeks leading up to an inaugural shift, consider the following:

Manager: Was this your first time being paged?
Me: Yup
Manager: Did your heart skip a beat? At least 10 years into on-call, I still sort of jump when I get an alarm 🙂

Diary of a First-Time On-Call Engineer

While the above advice may sound good in theory, you may be wondering, in practice, how do things go for new on-call engineers? I signed on to join the inaugural Virtual On-Call rotation, and below is my log of my first week on call.

At around 8:30 p.m., I was at home in my jammies playing “The Sims 4” when I got my first legitimate page. It was thrilling! I hopped on my computer.

Within minutes, I got another notification that a colleague on the other rotation had been paged for something related.

We both hopped online. I suggested that we start a public thread in the virtual squad Slack channel instead of direct messaging so people could learn from our mistakes and help us improve the onboarding process.

We spent about 45 minutes looking at the alert catalog, the runbook for the services and trying to fix the underlying problem. After getting more information, we realized it was not affecting customers and could wait until the team that owned the service came online.

I spent another 30 minutes updating the Captain’s Log, the log we use to communicate about events that might affect backend services, and notifying the squad that owned the service.

Ironically, the cause for this alert was the remediation for Monday’s alert

We realized it was an alert for a piece of system architecture due for retirement and no longer serving customer traffic. We throttled the offending service and silenced the alert until the morning.

At 9 a.m., the alert from the night before unsnoozed itself and let me know that I need to figure out what to do about it. Note that typically I would not have been responsible for on call during business hours, but I had set up the alert to unsnooze then since I knew I’d be at my computer.

I created a thread in my squad’s on-call channel since the alert was for a service my squad owned and within minutes, it was clear that we could delete the alert and permanently wind down the service.

This was by far the most eventful day.

Now wide awake, I spent some time on Google reading documentation about the service that had paged me before eventually going back to sleep.

I dared to venture to a park nearby.

I brought my laptop and my cell phone with tethering capabilities and was prepared to run home if needed.

Of course, Murphy’s law, I got paged.

I pulled out my laptop, tethered my phone and popped online. Sitting at a playground picnic table, I re-ran the test that had failed and alerted me. It passed.

I was on standby but able to enjoy the rest of my day.

I woke up and thanked PagerDuty for no 5 a.m. alert.

The rest of Sunday was quiet as well.

At the beginning of the week, I was prepared to have to declare multiple incidents and getting paged constantly.

Instead, most days were quiet. I was surprised by how few alerts there were, especially low-priority alerts, which I thought were going to be incessant. I attribute this to LaunchDarkly’s commitment as an organization to scalability and investment in making our services production-ready.

Perhaps I got exceptionally lucky this week, but overall, it was enthralling, and I’m glad I volunteered. It gave me an incentive to Google things I wouldn’t typically research, read the alert catalog and service runbooks, and I learned a bunch.

If you’re interested in learning more about incidents, sign up to attend IRConf, a virtual event dedicated to all things incident response.

The New Stack is a wholly owned subsidiary of Insight Partners, an investor in the following companies mentioned in this article: LaunchDarkly.