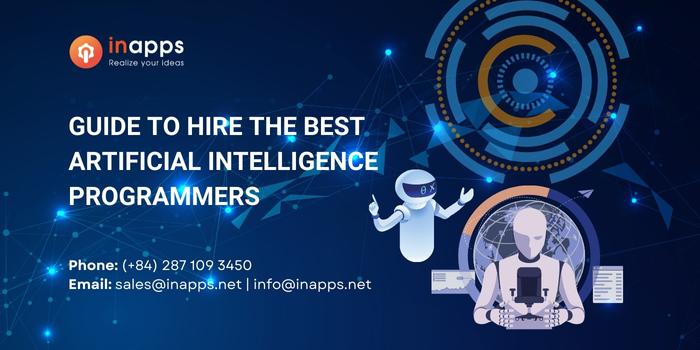 Artificial Intelligence programming is very innovative, challenging, and creative. This field has many applications in business, healthcare, finance, education, aviation, etc. But before we start hiring AI developers, let us have an overview of artificial intelligence.

Why is it crucial to hire artificial intelligence programmers?

Okay, so why is it crucial to hire potential artificial intelligence developers?

First of all, as we know, computer science and other technologies are flourishing rapidly in 2019. With that, many opportunities in this field have been created.

One important substream is artificial intelligence.

With more AI developers onboard, this field’s scope will improve further. This field is already revolutionizing the startup culture and tech giants. It is expected that in the next ten years, the job scenario will completely change in this field. Artificial intelligence will make our lives easier.

What is artificial intelligence? 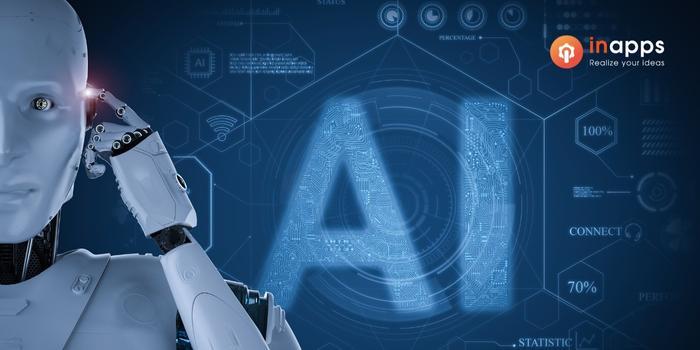 As the name suggests, it is the intelligence that machines show, which is different from humans’ natural intelligence. In day-to-day use, this term is used for computers/machines/robots that imitate human cognitive functions, such as problem-solving, response, and learning.

Artificial intelligence can be categorized into three systems:

The primary goals of AI research include:

General intelligence is one of the field’s long-term goals.

Artificial intelligence was invented as an academic discipline in 1956, and this field has gone through several ups and downs.

AI is a field of computer science that demands forward-thinking. It mostly works on cutting-edge technology. This is why it is important to have an optimum hiring process for AI developers.

Keep a fact in mind. Many engineers want to shift their focus to artificial intelligence. While new and unique creative approaches to software development sound exciting, we won’t be talking about the existing services. Our main concern will be hiring AI engineers who can develop such services in the first place.

We spoke to some of the best clients and recruiters in this field about how they hire competent developers. So, here I present to you a comprehensive guide towards hiring awesome artificial intelligence developers:

Some common yet popular ways to hire AI engineers include local advertisements (digital), word-of-mouth networking, or sharing your problems on social media.

As I said previously, it is easy to find candidates who can apply AI services, but it is hard to find who can design one. This situation is similar to hiring a Linux kernel hacker compared to hiring someone who uses Linux as their OS. Both job profiles have different skillsets and experiences. But when you look deeper, both employees are very different. Those involved in the hiring process (recruiters, HRs) should be able to understand this distinction.

Let us look at an example of how you should write a job description for an AI engineer:

“As a team member, you are expected to build highly perform real-time, end-to-end, responsive request/recommendation engines powered by natural language processing and other machine learning techniques.”

There’s no room for mistake here. If an applicant tries to fudge their way into such a job, it should be very clear at any step from your background check through interviewing that they are not up to the task. Asking your most critical questions upfront at each stage – ideally, your candidates will be returning the favor – will also help.

Job descriptions like the above will also shield you from applicants who perhaps have the skill level but not specific expertise. This may or may not be what you want, though.

There may be several areas under which you want to hire an artificial intelligence engineer. Two fields: machine learning and natural language processing, are very important.

Keep one thing in mind. You should be concerned more about specifics. For instance, “data scientist” and “machine learning scientist”, both are generic. Whereas “computer vision engineer” is a specific profile.

You don’t want to lose top talent in the long run. This can happen due to some categorical differences. These can be sorted out in the problem-solving section in the interview process. Meanwhile, you can decide whether your candidate has the right mix of personality and skills.

Finally, your specificity depends on your urgency and the in-flow of applicants. You always have the liberty to change/modify your description.

Commonly, developers will have a degree. Many will have written and published post-graduate research.

But the irony is that it is not always necessary to consider those having open-source projects in their resume. If someone has them in their resume, well and good. Otherwise, it is not mandatory. After all, soft skills matter, too.

Read More:   [GUIDELINE] HIRING INTERNATIONAL TECH TALENTS: WHY, WHERE, AND HOW?

So, remember this, to attract the best candidates for your team, respect their commitment to personal time. Their interest in artificial intelligence may drive them to work happily, but essentially it will create a culture of balance. 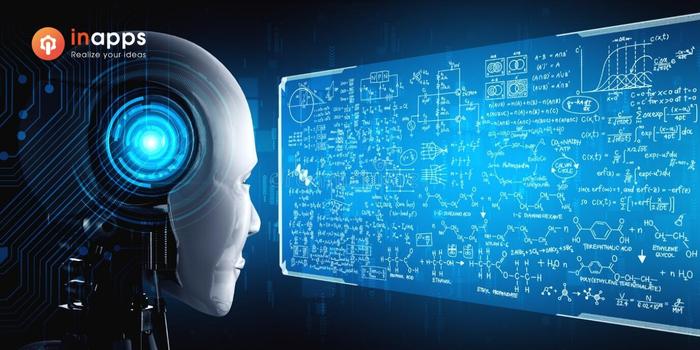 Now we know that artificial intelligence is very popular. Hence, taking the candidate’s math skills into account is crucial.

Having sufficient math skills helps us differentiate between a experienced developer interested in artificial development and a truly effective developer.

One good indicator of whether the candidate will be a good fit or not is how much he/she is good at math (specifically linear algebra). While mathematical competence is critical to the role, it does not necessarily mean aptitude in putting that knowledge into practice.

Hence, create consistent questions for the interview and don’t forget about math skills.

Some questions based on artificial intelligence/deep learning

Steps for the AI developers

This purely depends on the team size.

On a small team, employees expect conversations. When leading a small team, it is important to consider technical and soft skills.

If there is a large team, the hiring manager’s main concern is whether the candidate is embracing the company culture or not. The hiring manager can take care of this aspect by including the CTO. Usually, CTOs begin the conversation and interact with new developers.

The initial conversation would last about ten minutes. If the candidate is successful, it’s normal to have a sit-up with two or four technical team members. During this time, he/she would be asked to solve a performed function or do some tensor boxing on a whiteboard.

Now, you also have to consider some questions based on academic learning. Due to the popularity of artificial intelligence and machine learning, it is important to assess whether the candidate deeply understands the concepts. Also, the candidate should have the required math and problem-solving (theoretical) skills. a

When the candidate completes this step, he/she may be sent back to the CTO. While hiring teams are encouraged to be thorough, it’s best not to lag. The popularity of the AI development field means that truly viable candidates should get opportunities. 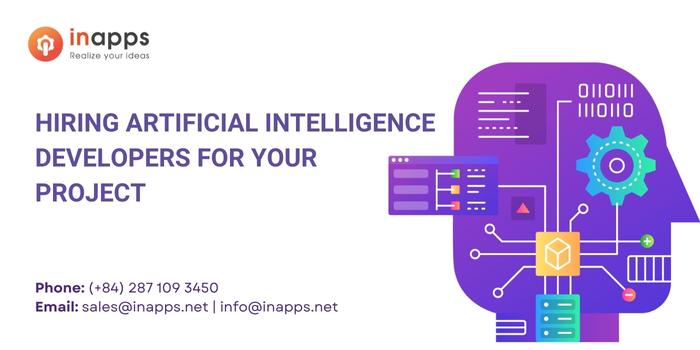 Finally, we have seen that artificial intelligence and machine learning are two very competitive fields of computer science. There is a high demand for good AI developers who are competent in all the skills mentioned in this article.

Some final tips to be followed while hiring an AI engineer:

Another important aspect while hiring an artificial intelligence developer is whether he/she can select a framework based on lower-level knowledge.

Now go ahead and hire the best AI developers with InApps!

Artificial intelligence implanted applications are getting more intelligent and astute than at any time in recent memory. It’s time to dip in the ocean of AI application improvement with us.

What is AI developer?

Artificial Intelligence (AI) developers create the software and apps that a company might utilize. They create systems that adapt to the company’s needs based on the information gathered and assessed.

An AI developer’s job description is self-explanatory: they create artificial intelligence software and applications that a company might utilize. They create systems that adapt to the company’s needs based on the information gathered and assessed. One example is AI which chooses which movies and TV series to recommend from your favorite streaming service or which things to recommend based on previous purchases.

How much do AI programmers make? 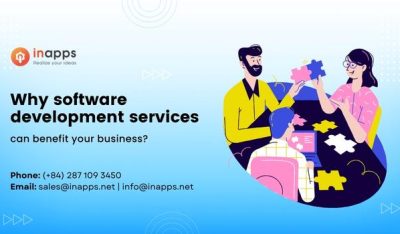 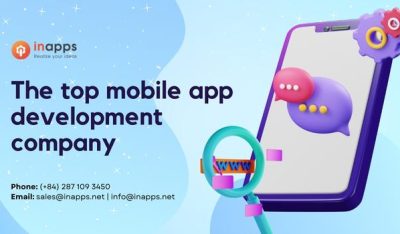 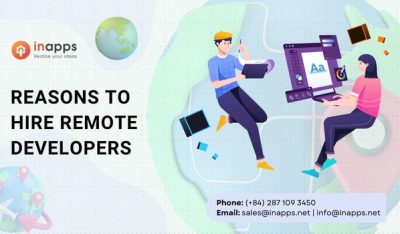 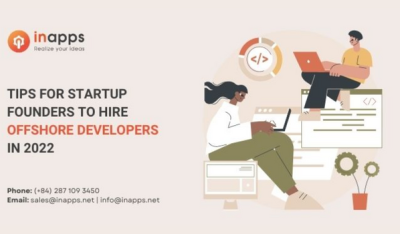 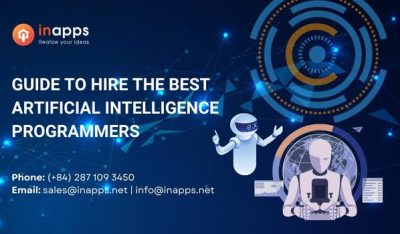 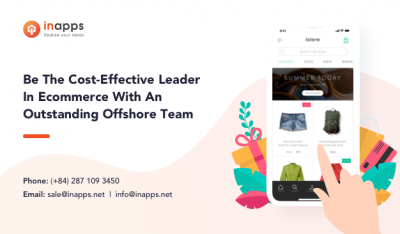 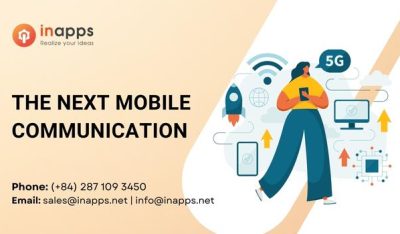 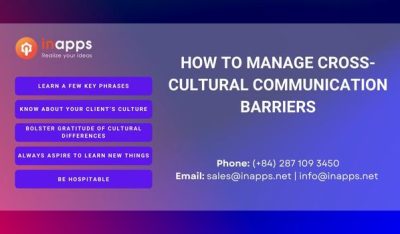 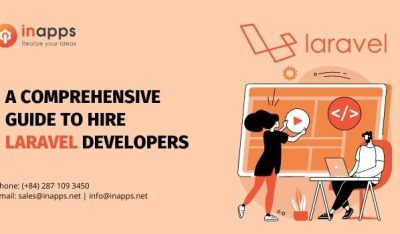 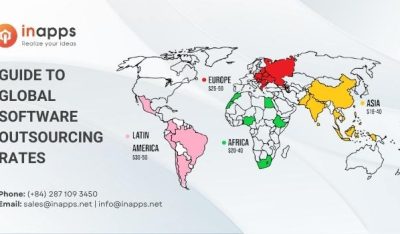