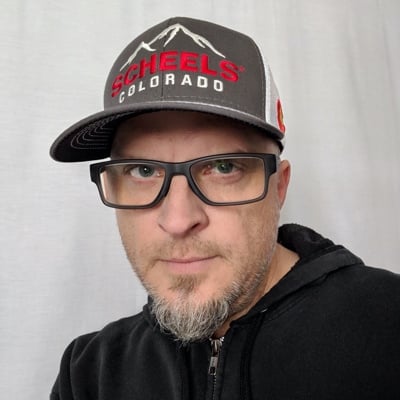 DJ is a DevSecOps pioneer, advocate, and Security Architect, and provides thought leadership to organizations adopting DevSecOps practices. He encourages organizations to deeply integrate a culture of security and trust into their core values and product development journey.

It’s no surprise that happy developers are more engaged at work and as a result produce better business outcomes. But do happy developers produce more secure software? According to our 2020 DevSecOps Community Survey the answer is a resounding YES. The cause isn’t an unlimited amount of Red Bull, either!

We surveyed 5,045 developers from 120 countries to examine emerging trends in DevSecOps. We also wanted to learn what practices influenced developer delight. We discovered that developers working on teams with mature DevSecOps practices were the happiest. These developers are nearly twice as likely to:

So what is a mature DevSecOps practice? According to a podcast interview InApps Technology did with Derek Weeks, Vice President of Sonatype, the survey participants were asked to assess their organization’s level of DevOps maturity on a scale. This information was correlated to other data points, like what tools they used.

How then do these traits influence practices that produce more secure software? There are at least four correlations that make them superior compared to their less happy counterparts.

As social scientist Arnold Bakker reports in An Evidence Based Model for Work Engagement:

It’s no surprise then that happy developers thrive in a proactive culture, the foundation of DevSecOps teams. 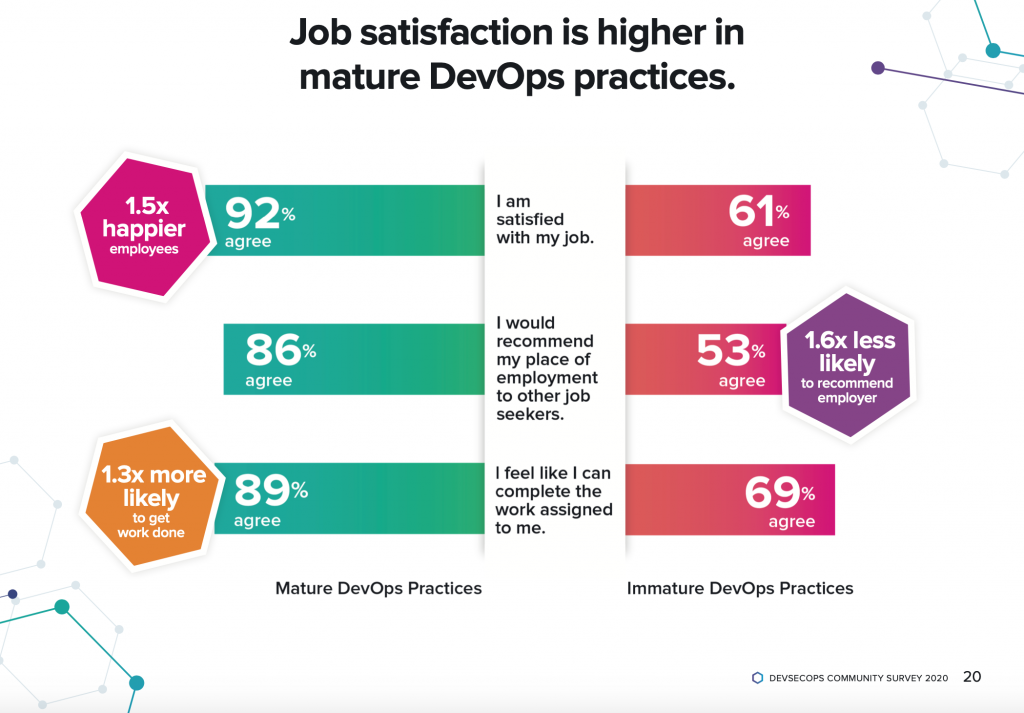 Sonatype’s Weeks also commented that there is a big disparity between how “grumpy” developers complain about management, versus their happier counterparts.

For developers, finding time to spend on security is not a new issue. For three years running, 47% of developers taking our community survey say they believe security is important, but struggle to find more time to spend on it. Our data shows that teams with mature DevSecOps practices are doing more, and doing it more effectively, every day. That’s because mature DevOps practices are more likely to implement automated tooling to help developers understand security risks. 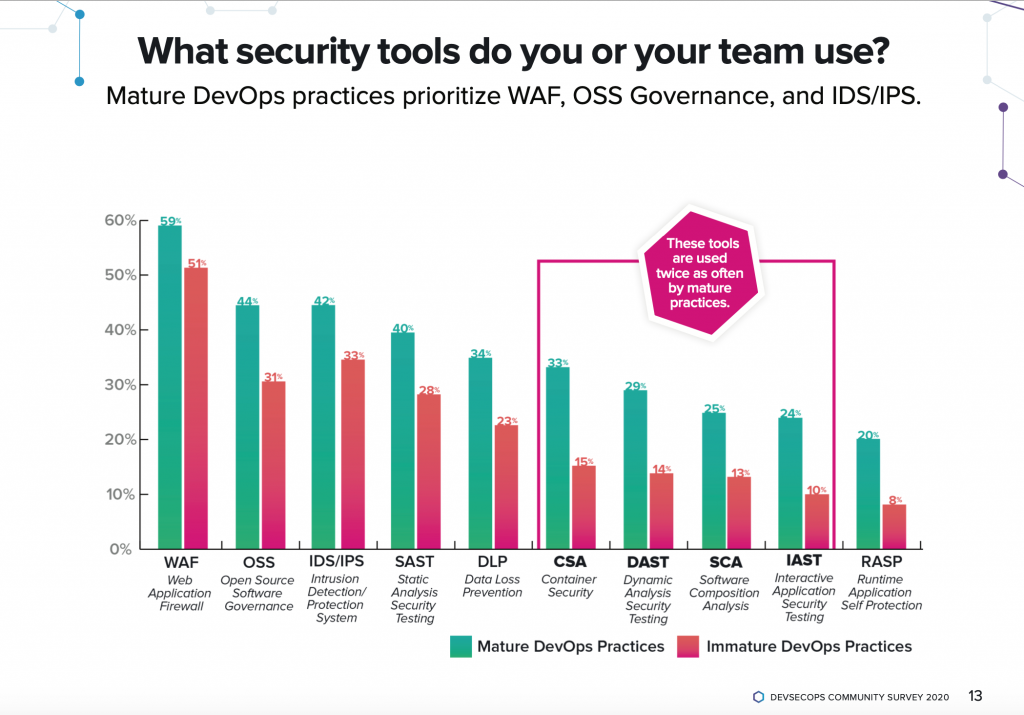 First, happy developers show a strong desire to recruit others into their organizations. When asked if they would recommend their companies as a good place for others to work, 86% in mature DevOps practices gave their employers a thumbs up. Only 53% in immature practices do (a 1.6x difference). In competitive markets, a staff full of happy employees makes it easier to show up to work each day, and makes the effort of recruiting new employees easier.

This matters. It “takes 8-12 weeks to replace a knowledge worker, and then another month or two before the replacement gets to full productivity mode,” said Stephen King, the president and CEO of GrowthForce, in Forbes. An employee bringing in $100,000 in revenue who departs costs a company at least $25,000 in lost revenue, to say nothing about the disruption. This means there is definitely a cost-benefit to having happy developers on staff.

According to Weeks, having happy DevOps developers is a great way to attract even more talent.

“The people that are doing DevOps right,” he said, “have people clamoring to be part of their organization.”

Secondly, by leveraging the social circles of happy developers, businesses with mature practices attract an influx of new ideas and perspectives. This is necessary for product innovation, but also security innovation. Security-minded individuals establish security-minded teams.

A similar pattern emerged in our 2019 DevSecOps Community Survey, where more mature DevOps practices confirmed higher levels of breaches. Why would this be the case? Our conversations with many DevOps leaders pointed to mature cultures that reward communication, collaboration, and new information being shared. Their culture of “no silent failures” (credit to Dan Geer) rewards awareness. In “The Phoenix Project,” Gene Kim wrote that “To tell the truth is an act of love. To withhold the truth is an act of hate. Or worse, apathy.”

Employees who enjoy their work, trust their employers, and have a culture that supports information sharing, are more likely to spread awareness of breaches. In turn, accelerated awareness further expedites remediation. 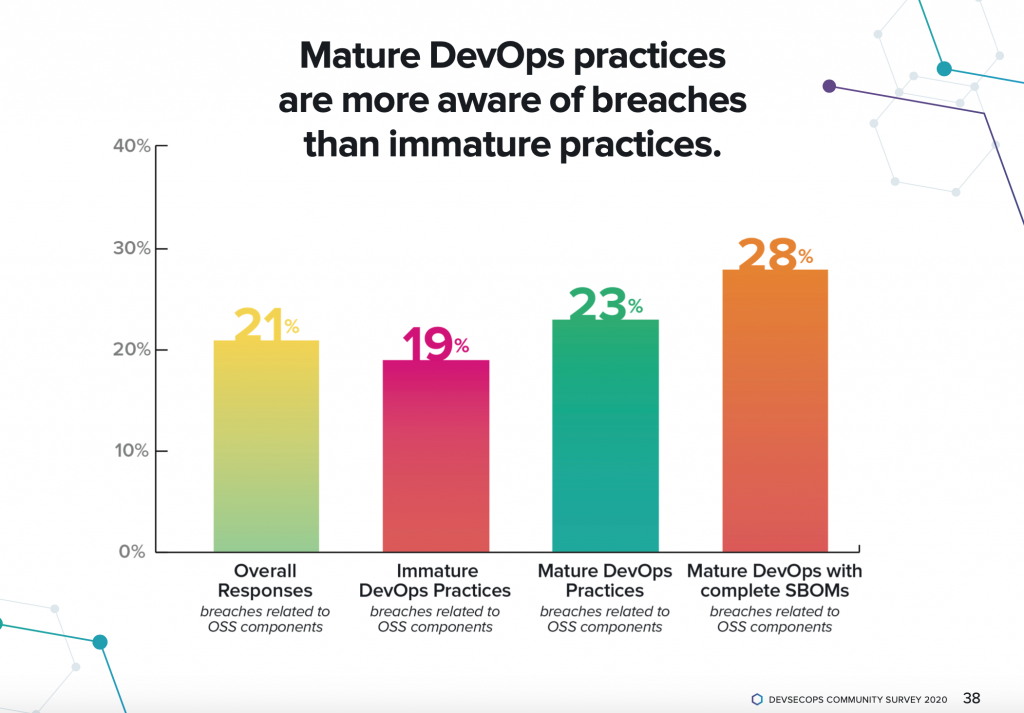 The more you pay attention, the more tooling you have in place to support you, the more capable you are of protecting your organization’s applications and the data tied to them.

Happiness Is a Foundational Part of Culture

Happier DevSecOps professionals make it easier to show up to work, get things done, and enable your business to deliver better results. “Building in happiness” is a practice itself. It’s a central part of the cultural transformation that adopting DevSecOps practices requires to be successful. If you’re building a business case for a DevOps transformation, share evidence of the “happy factor.” Happy developers are more productive, build more secure code, and are better for business too.

For those looking for more evidence of happy developers leading to secure coding practices, we invite you to read through the 2020 DevSecOps Community Survey.