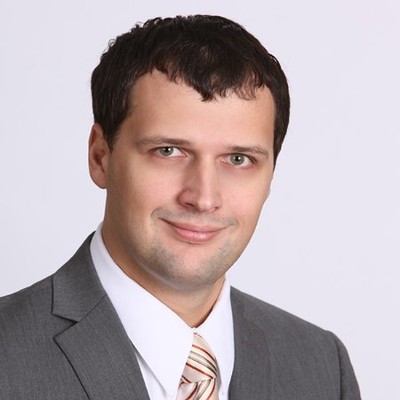 Eugene Pakhomov is a security engineer at Synopsys. He has worked in application security since 2014 focusing on Software Composition Analysis and Interactive Application Security. Eugene is CISSP and a member of ISC2 East Bay Chapter.

Web applications continue to be the attack surface of choice for threat actors attempting to access sensitive data. Per the “2020 Data Breach Investigations Report” from Verizon, successful attacks on web applications accounted for nearly half of all data breaches (43%) — representing the single greatest cause of such breaches, and more than double the rate of the previous year.

Many development teams often use static application security testing (SAST) and software composition analysis (SCA) solutions to identify security weaknesses and vulnerabilities in proprietary and open source code. They do so statically, at the code or component level. Many vulnerabilities can only be detected by dynamically testing an application during runtime test and release phases.

Read More:   Happiest Cities in the U.S. for Software Engineers - 2022

That’s why some organizations use dynamic application security testing (DAST), or penetration testing. DAST and penetration testing tools are run during QA or a late stage of production, to detect vulnerabilities that can’t be found using SAST or SCA tools.

Additionally, while DAST and penetration testing can identify security vulnerabilities, they can’t pinpoint the lines of code containing the vulnerabilities. As a result, critical security issues identified by DAST can be problematic to fix and take a long time to resolve, putting remediation out of reach for the average developer.

These challenges have led development and security teams to seek out alternative dynamic AppSec testing solutions, such as interactive application security testing (IAST).

IAST is a continuous security monitoring solution that runs during various test stages, while teams perform the usual development and QA tests. IAST tools can integrate seamlessly with continuous integration (CI) and test automation tools, as well as with agile and ad hoc test methodologies. They can quickly generate analysis results, identifying the specific lines of code where vulnerabilities reside. As a result, developers can fix issues quickly and push their commits as part of CI/CD or automation workflows. More advanced IAST tools also incorporate SCA to uncover vulnerable third-party and open source components in an application.

What Makes IAST so Great?

IAST solutions integrate seamlessly into CI/CD pipelines and run at the speed demanded by agile and DevOps. Both security and development teams benefit from integrating IAST into the SDLC — especially an IAST tool that provides SCA insights into vulnerable components.

IAST enables developers to fix security vulnerabilities as they test. This means finding and fixing runtime vulnerabilities in web apps before deploying them to production.

IAST has been shown to reduce the time needed to remediate security vulnerabilities by 65% compared to penetration testing. The reason for this is clear: IAST empowers developers to find and fix vulnerabilities as a part of the development process.

Read More:   4 Reasons Why Your Database Should Be Multiregion – InApps 2022

Bottom line: development teams need quick feedback on which vulnerabilities to fix, how to fix them, and where to find them in their source code or component libraries. And developers need this feedback early in the SDLC, when they’re most familiar with their code and when vulnerabilities are least costly to fix.

What to Look for in an IAST Solution

Selecting the perfect IAST solution for your needs can be difficult. There are many must-have features that you should evaluate.

Definitely look for a comprehensive IAST solution, like our own, Seeker that can automate web security testing within your DevOps pipelines​. This will lessen headaches for developers by shifting testing left, so that problems are caught earlier in the development cycle — to eliminate delays without disrupting normal workflows.