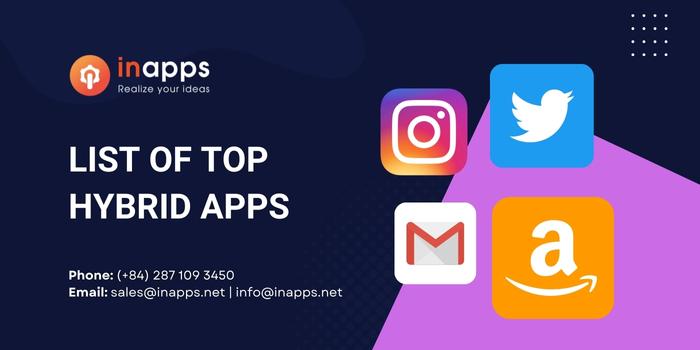 Hybrid apps are somewhat like web app that has been put in the shell of a native app. Apps developed using Apache Cordova, Xamarin, React Native, Sencha Touch, and other similar technologies fall into this category.

Hybrid apps uses the single code base that works across many operating platforms. Therefore, it becomes easier and faster to develop these apps.

Apps are generally downloaded from application distribution platforms which are operated by the owner of the mobile operating system, such as the App Store (iOS) or Google Play Store.

When it comes to mobile apps, we have three types in it 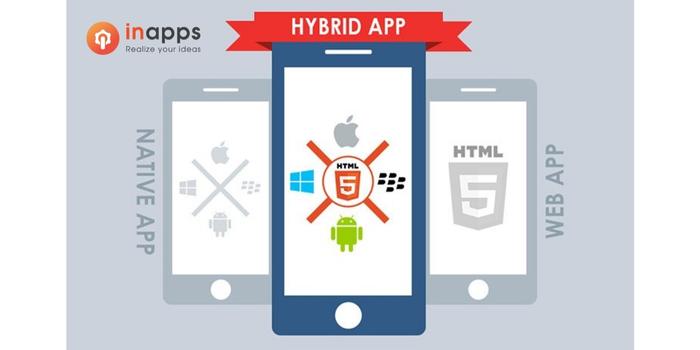 While native apps are built specifically for a platform and web-based apps are made to be accessed through the internet, Hybrid apps are a mix of both the technologies. Hence, it has the best of both worlds, i.e.- Native and Web apps.

In this post, we are going to discuss the Hybrid apps, their advantages, and the companies which predominantly use it.

What are Hybrid Apps?

Hybrid apps are apps that are installed on a device, similar to your usual app. What makes the hybrid apps different from other 2 types is that they possess elements from native apps, applications made for a specific platform like iOS and Android, with elements from web apps, websites that act like apps but don’t need to be installed on a device and can be accessed on the internet via browser. 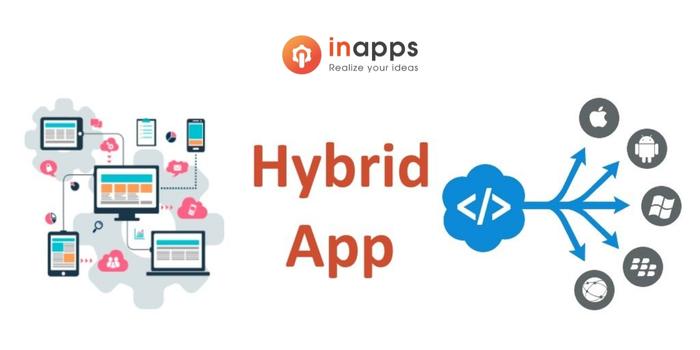 What is hybrid app?

How do Hybrid Apps work?

Hybrid apps are usually written in HTML, CSS, and Javascript, just like Web apps. Their code is run within a container. The web browser on the device is used to render HTML, JavaScript, and native APIs to gain access to the device’s hardware.

Although a hybrid app will share the same navigation elements as a web app, whether it can run online or offline depends on its functionalities. If an application does not need support from a database, then it can be made to function offline. 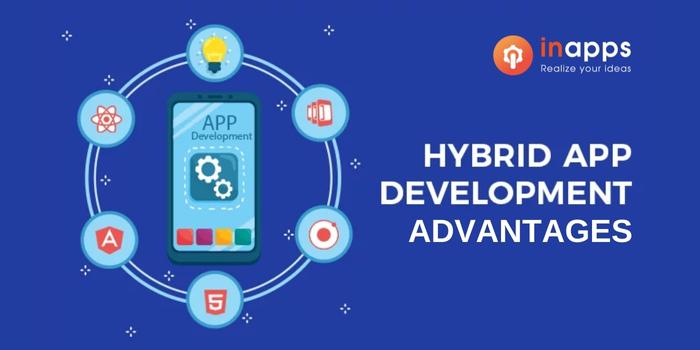 Advantages of using hybrid apps are:

Now that we have discussed what are Hybrid apps and their advantages, let us look at the major companies that are using it as their primary application.

Instagram (sometimes abbreviated as IG) is an American photo and video-sharing social networking service owned by Facebook, Inc. The app allows users to upload media, which can be edited with filters and organized with tags and location information. Posts can be shared publicly or with pre-approved followers.

By adopting the hybrid approach, the developers have been able to make an app that supports both offline data and rich media. The best example of this is the signature short videos feature.

The app lets the user access the media even when they are offline or at least displays an error message.

As of October 2015, over 40 billion photos had been uploaded. Although praised for its influence, Instagram has been the subject of criticism, most notably for policy and interface changes, allegations of censorship, and illegal or improper content uploaded by users.

Evernote is an app designed for note-taking, organizing, task management, and archiving. The app allows users to create notes, which can be text, drawings, photographs, or saved web content.

Notes are stored in notebooks and can be tagged, annotated, edited, searched, given attachments, and exported.

The app is mostly known for its seamless performance and pleasant design, which makes it stand out from other apps in this segment. It is free to use with monthly usage limits and offers paid plans for expanded or lifted limits.

Gmail is a free email service developed by Google. Users can access Gmail on the web and using third-party programs that synchronize email content through POP or IMAP protocols.

It is one of the most common email-sending applications across the world, with more than 1.5 billion users.

Earlier Gmail was powered by HTML, which limited its usability. After adopting the mobile strategy, Google has combined both HTML and native elements successfully into the application to make it more meaningful with a seamless performance.

By using hybrid app, it has greatly improved its performance and reduced the loading times.

Is Uber a hybrid app?

Read More:   How to Learn Android Programming - Step By Step in 2022

Since adopting the hybrid platform for its app, the navigation has become simpler and the user interface has become elegant when compared to its competitors.

Since Twitter is a popular social media platform, it receives a huge load of traffic every now and then. To tackle this, they switched to hybrid app and ever since then, it hasn’t encountered any performance issues.

Seeing this performance boost in twitter, many businesses have began to opt for hybrid approach.

Baskin-Robbins is an American chain of ice cream and cake specialty shop restaurants. Its parent company is Dunkin’ Brands. It claims to be the world’s largest chain of ice cream specialty stores, with more than 8,000 locations, including nearly 2,500 shops in the United States and over 5,000 in other countries. It sells ice cream in nearly 50 countries.

Baskin-Robins also use a hybrid framework for its app. The application uses HTML 5 to provide the best offline access to users with a similar UI on various platforms. In this way, it has combined both native and hybrid features in its app, which is quite impressive.

The app is powered by HTML 5 and provides a great experience to users accessing it. Its top-notch user interface makes it unique among users and also makes the app highly engaging.

The apps provided in Amazon appstore are guaranteed to be of good quality and most of the apps you would find paid on Google Playstore or Apple store are available for free here.

Mobile apps have become very common with a large number of mobile users. Mobile apps provide easy access to things that would otherwise have to interact physically. Hybrid apps are those apps that have great performance and provide hassle-free browsing and don’t require a lot of maintenance.

When compared with Native and Web apps, it provides the best features of both and easier to access. It is capable of handling a good amount of traffic without crashing and has a good market reach and takes lesser time to develop.

Read More:   Update Which One To Choose For Mobile App Development?
Rate this post