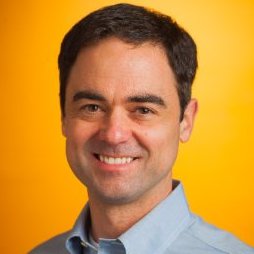 With over 25 years’ industry experience, from software development and product marketing to IT operations and venture capital, Scott Johnston, senior vice president of product management at Docker, is responsible for the strategy of Docker’s products and technologies. Johnston previously served as VP of marketing, product management, and strategy at Puppet Labs, and has served in leadership and operational roles Netscape, Cisco and Sun Microsystems.

In this podcast we interview Scott Johnston, senior vice president of Product Management at Docker, about containers as a reasonable starting point for microservices and distributed computing, and how Docker tools like Compose and Universal Control Plane are poised to elevate the usage of microservices.

Johnston described the not-too-distant past of software delivery, when large code blocks took weeks and months to ship. This was before the advent of programmatic infrastructure, and cloud vendors, and configuration management, and then Docker, which helped teams rethink the development environment and eased friction in the delivery pipeline.

“Speed is measured by not just how fast your development teams work,” said Johnston, “but by the throughput of your end-to-end app delivery pipeline. App development teams have to work with their operations teams to deploy apps, and update apps, and change apps.”

Scott Johnston, Docker: The Speed of Development and Delivery

“Programmatic infrastructure absolutely gave folks a taste for what’s possible on the operations side,” he said, adding that using containers “gives an up-front contract, or a clear boundary, between the developer and the operations team and the sysadmin.”

Regarding Docker’s most recent offerings and the philosophy behind them, Johnston acknowledged that some tools have a developer self-service aspect, “and that’s deliberate, where we want to facilitate this rapid movement and rapid iteration of teams, and moving quickly through the app dev pipeline.”

“But, another very important aspect of those tools is giving operations teams the tooling they need to provision the infrastructure with Docker daemons, and provision it with Swarm clusters, and then — really importantly — set policies and set access controls that still give them a level of security, and control, and governance — but in a way that allows the development teams to self-serve and deploy into these provisions and available clusters.”

“This new architecture enables these teams to move faster, and our tooling needs to be able support that while still giving the ops folks the governance controls they need,” he said. “Finding that balance where we’re giving ops the control, but not slowing down this process.”