Automating software and security testing in software development is an ongoing process, yet truly reaching full automation may never happen. In SmartBear Software’s “2021 State of Software Quality | Testing” the percentage of organizations that conduct all tests manually rose from 5% in 2019 to 11% in 2021. This does not mean that automation is not happening. On the contrary, both manual and automated tests are being conducted.

The biggest challenge to test automation is no longer dealing with changing functionality but instead not having enough time to create and conduct tests. Testers are not being challenged by demands to deploy more frequently but instead to test more frequently across more environments. Testing of the user interface layer is more common, and to address this 50% currently conduct some automated usability testing as compared to just 34% in 2019.

The remainder of the article provides additional highlights on this and two other reports that highlight DevSecOps metrics and practices. The ability to actually enforce the security policies being declared in policy-as-code implementations may be a key to not only automating the identification of problems, but also their resolution. 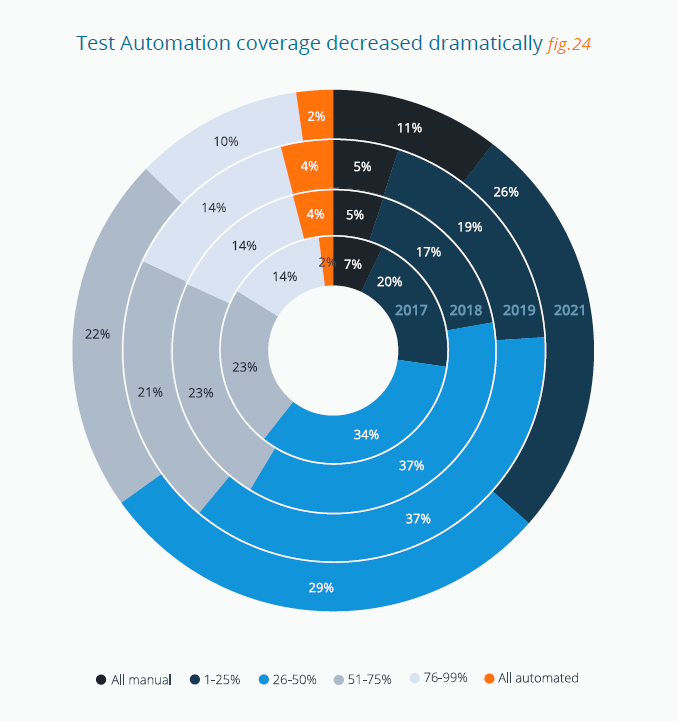 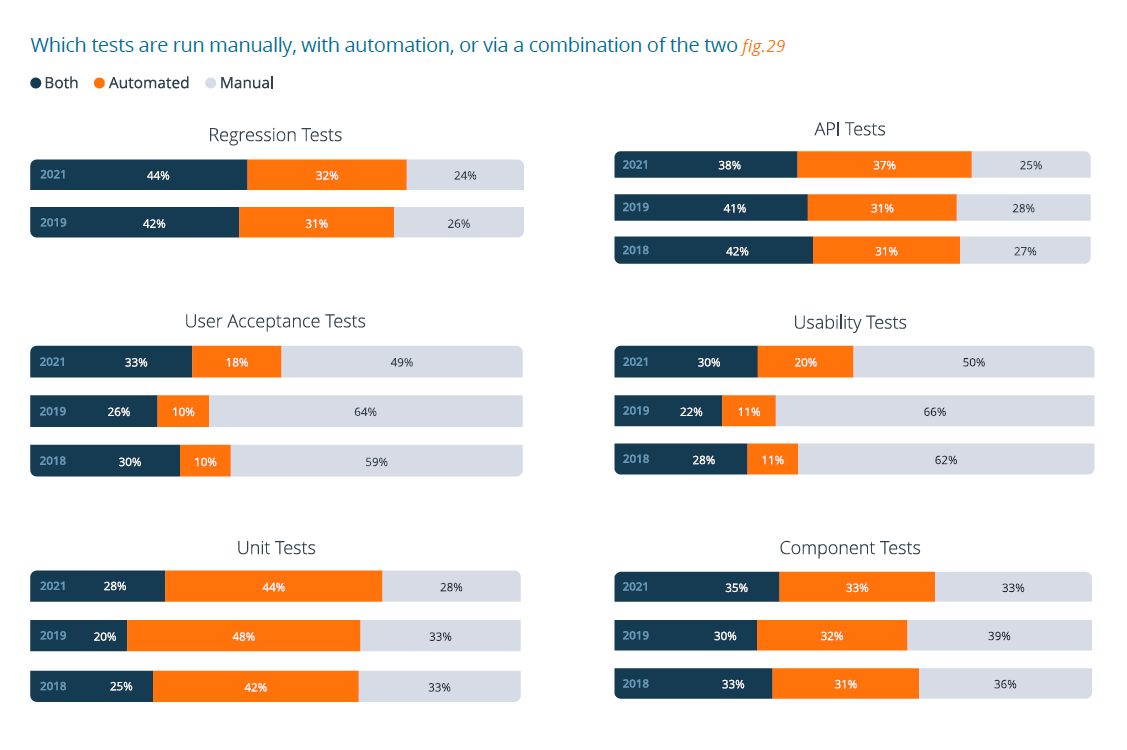 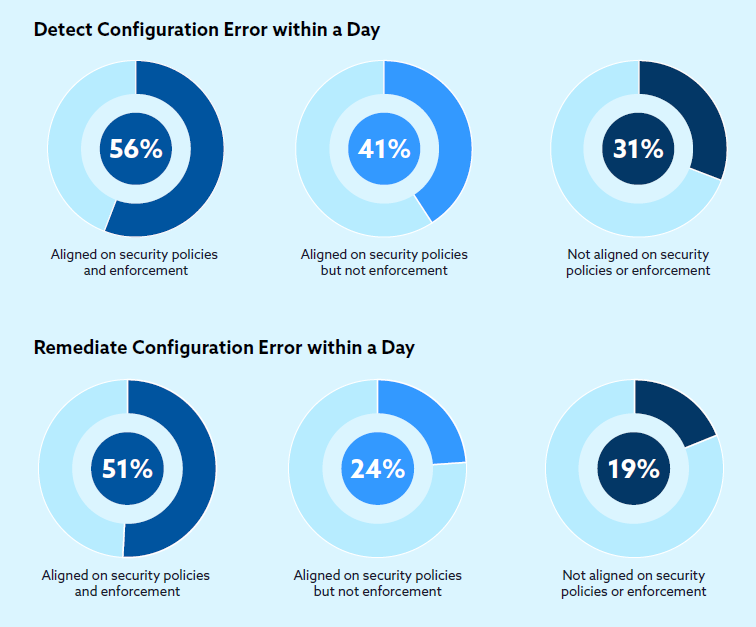