Read more about Cloud-Native, Seven Years On… at Wikipedia

This contributed article is the first in a series, from members of the Cloud Native Computing Foundation, leading up to CNCF’s Kubecon/CloudNativeCon taking place in Austin, Dec. 6 – 8. 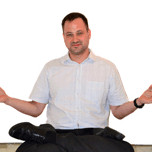 Paul Fremantle
Paul co-founded WSO2 in 2005 in order to reinvent the way enterprise middleware is developed, sold, delivered and supported through an open source model. Prior to WSO2, Paul was a senior technical staff member at IBM for nine years. There, Paul created the Web Services Gateway and led the team that developed and shipped it as part of the WebSphere Application Server. He also was on the team that put the Service Integration Bus technology into WebSphere Application Server 6. Paul has played a central role in emerging open standards for more than a decade. While at IBM, he co-created the Web Services Invocation Framework (WSIF) with Sanjiva Weerawarana while also co-leading JSR 110: Java APIs for WSDL, which produced WSDL4J. Paul is currently co-chair of the OASIS Web Services Reliable eXchange Technical Committee, which is charged with creating the industry standard for reliable message exchange over SOAP. Paul also has played a pioneering role open source development. He is an elected member of the Apache Software Foundation and vice president of the Synapse project, leading the launch of Apache’s ESB. Paul’s original contributions to open source go back to the original Apache SOAP project, where Paul donated code to enable access to Enterprise JavaBeans. He has also led IBM’s involvement in the Axis C/C++ project.

Back in 2010, I published a blog post defining the term cloud-native, based on discussions between I’d had with my colleagues at WSO2. At around the same time, Netflix also started using that term in presentations. Since then the interest in cloud-native has rocketed, including many blog posts, books, and of course the Cloud Native Computing Foundation (CNCF).

The high-level concept of cloud-native is simple: systems that give users a better experience by virtue of operating in the cloud in a genuinely cloud-centric way. In other words, the cloud may make an existing database easier to start up, but if the database doesn’t support elasticity then it can’t take advantage of the scaling capabilities of the cloud.

The motivation for defining cloud-native was driven by two distinct aspects. First, we wanted to capture the thinking and architecture that went into creating properly “cloudy” systems. Secondly, we wanted to highlight that not every system that has been rebranded “cloud” was (or is) actually taking proper advantage of cloud.

Fast forward to today and we have a new definition of cloud-native from the CNCF. The new definition is much simpler, offering three main characteristics:

In this blog post, we will explore the differences and similarities and answer the question: How has the vision of Cloud Native changed in seven years, and is there any overlap between the different definitions?

There is clear overlap between the previous definition and the new definition, which I’ll demonstrate by showing the old characteristics are implementable by systems using the new characteristics. Therefore the differences are fundamentally about how to get there efficiently, not about the core meaning of cloud-native.

Containers give us effective multitenancy for business logic and microservices, but the back end storage can still be a challenge.

Back in 2010, we were building systems that tried to make existing and new code run well in cloud scenarios by leveraging automated control of the underlying cloud Infrastructure-as-a-Service (IaaS). Since then, the most notable change is the emergence of container orchestration: tools like Kubernetes, Docker Swarm, Mesos Containerizer, and others that give the ability to schedule and manage thousands or even millions of Docker containers. These tools are the fundamental reason that the new cloud-native definition is simpler and more effective: because building components to fit into this world gives many capabilities that needed more thought, attention and machinery before container orchestration.

Let’s look at the six key attributes of being cloud-native I identified back in 2010:

Why do these changes matter? Fundamentally cloud-native has given us a more adaptive infrastructure that changes more quickly to meet business needs:

If I’ve made it sound like these things we struggled to do back in 2010 are all simple now, then that isn’t quite true yet. What do you still need to consider today?

Let’s take some examples of systems trying to optimize for cloud-native, and provide a better experience for the users.

Cloud-native has moved on in the last seven years, and the technologies behind cloud-native are orders of magnitude more powerful and better architected around containers than back in 2010, but the core message of building systems that take full advantage of cloud is still the same.

InApps is a wholly owned subsidiary of Insight Partners, an investor in the following companies mentioned in this article: Unit, Docker.