A developer, a marketer, a branding manager, an integrations manager, a business development partner, a domain expert, an event manager, and a technical writer walk into a bar. She orders a glass of wine. After all, it’s been a long day of jet-setting and hand-holding as a developer advocate.

Simply put, the role of the developer advocate is to help get software developers excited about building on top of your product.

A developer advocate is a Jane-of-All-Trades, most often an extrovert with a technical background. We know this role as high-flying on the conference circuit, but behind the scenes and between talks, they’re crafting code examples, curating communities, doctoring documentation, and acting as an internal advocate and feedback-getter.

The Sixth Annual Developer Relations Survey found that over half of its 100 respondents are parts of programs less than two years old. Developer advocacy is an expanding, often in-the-spotlight field that attracts its share of controversy and even harassment as there are those who think it’s just a fancy name for sales. It also attracts a lot of love from devs that have been truly helped by their advocates.

Raise your hand if a developer advocate has helped you. I’ll start. pic.twitter.com/q0GDFnN7qP

Just What Does a Developer Advocate Do, Anyway? 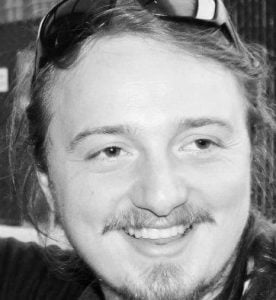 Grenié’s five-year, post-uni career has been in developer advocacy. He divides his current role at Typeform into six parts:

Read More:   Kubernetes Lifecycle Management! So Important! (What Does It Mean?) – InApps 2022

One of the ways this role is different from that of a customer success or marketing person is that Grenié is doing this as himself, writing under his own byline, with his own social handles, presenting his own stories that often don’t have anything to do with his day job, like his Alexa hacks.

“You’re the voice of the outside devs inside your company,” he said. “It’s really personal. It’s tightly coupled: people trusting you because of you as a person and the brand you represent.”

the ability to craft an explanation for literally any audience no matter how high level or down in the weeds plus the performance chops to make it fun and compelling … plus a curious mind, a practical bent, the ability to inspire people, and invent playful ways to show

Developer-facing, API-first companies Twilio and Sendgrid logically have large developer relations programs, but why would a tool like form-building Typeform? Grenié said it’s all about building integrations that facilitate growth and increase stickiness and retention.

“If they integrate with Typeform and Google Sheets or Slack, they use our product longer and they use it more often. The more you add integrations and apps on your platforms, the more you will keep your user, keep your workflow,” he explained. 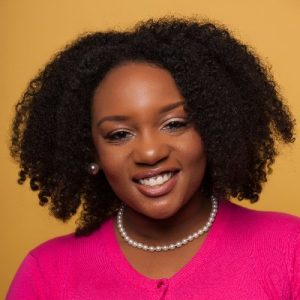 After 15 years as an automation engineer, Jones joined Applitools as a senior developer advocate six months ago. In her role, she spends a lot of her time running automation workshops at conferences, online and in-house.

With the mainstreaming of DevOps and CI/CD, there’s a growing demand for developers to learn to automate more processes including the testing of their own code. To service this need, Jones helped launch the free, online Test Automation University, sponsored by Applitools.

For her, a developer advocate is “someone who is credible within the community, speaking with the devs, feeling their pain points, [and then] bringing that pain in-house, building better products for them, helping them to be successful.”

Developer Community Consultant Thengvall dubs this a job with “a lot of conversations, a lot of feedback, a lot of handoffs.”

It’s not only a role with a lot of hats, but one that has many places to hang those hats. Jones reports to her chief operating officer, as Grenié is part of the engineering team.

“You have a lot of DevRel professionals who are amazing at their jobs but get ‘re-orged’ around their companies until they get burnt out — ‘I’m going back to product, marketing, engineering, or I’m going to get out of tech entirely’,” Thengvall explained.

Matthew Revell, founder of Hoopy developer relations consultancy, which now conducts the annual survey, said that this year’s survey — which had more than double the participants — showed developer advocacy is going through a real period of growth.

“In our consulting, we are working increasingly with the old world — three banks, old world telecoms companies — all these companies who are suddenly realizing they need to have a dev-targeted product. The best way of reaching them is a developer-targeted program,” he said.

There are a lot of companies rolling out DevRel campaigns, but many are doing it before they even know who manages these roles, which teams they’re on, and what to measure and track.

How Can Such an Evolving, Esoteric Role Set Goals?

When asked how she measures the success of her role, Jones echoed a common refrain, “Great question. I asked so many people about this before going into DevRel and no one had any metrics. I don’t have any either.”

Grenié says at Typeform they measure:

“In an ideal world, you can measure everything, but how would you measure someone creating an account six months after you talked to them at an event?”

Part of the problem is the role itself. According to this year’s Hoopy survey responses, the top five skills needed for this role are:

Those aren’t very measurable characteristics, are they? One of the biggest findings in this year’s DevRel survey was the shared challenge of setting a strategy and then measuring it all. About a third of respondents said their programs’ goal was to raise awareness, while another third said it was to drive engagement. Again, not exactly quantifiable.

Developer Advocacy Is a Mix of Little Black Book and Journaling 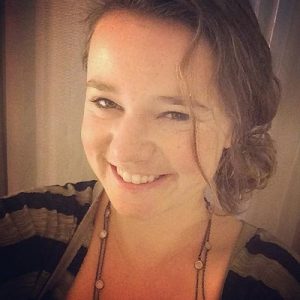 With event sponsorship, travel, and swag, DevRel is an expensive team. Figuring out how to measure your work in connection to revenue growth feels a lot like securing your job.

Thengvall argues developer advocates should be tracking how many people you’re connecting with — online and in person — and how many you are passing forward to other teams. She calls these DevRel qualified leads which are community members that you introduce to someone in-house. It’s important to then connect your leads to overall business objectives, like “This content on the website allowed us to connect to a different website and expanded our reach. Or speaking at our conference, I connected with these influencers.”

Thengvall offered the example of search service Algolia who measured developer awareness of their product by measuring the percentage of event attendees who raised their hands if they had heard of the web search product — month over month year over year, are more hands going up?

Other companies will measure how much traffic they are getting on their developer hub, offering traceable URLs for developer advocates to hand out at conferences.

It can be very easy to feel this job is at risk, but Thengvall says you can advocate for yourself by being able to say things like:

Just remember, you aren’t wholly responsible for hiring that person or for editing, publishing and promoting that blog, you’re just the networker.

This is a good role for work journaling. You can send trip reports back to your teams, weighing the impact of each conference, and explaining more about what you did for 12 hours than the fun Twitter selfies. Thengvall says this is a way to go back and discover common topics, themes, and upcoming influencers, which may reveal hidden in-demand features or industry trends.

This also helps you keep track of certain things like what other projects you got pulled into that were important but detracted from your predefined goals.

In the end, it’s important to over-communicate.

Is Developer Advocate the Right (or Wrong) Role for You?

Now, this is far from an easy or clarified job role, but it’s hot and the people who have mastered it seem to love it. How do you know if it’s right for you?

Before making this career transition, Jones read “The Business Value of Developer Relations: How and Why Technical Communities Are Key To Your Success” by Thengvall and “The Developer Evangelism Handbook” by Chris Heilmann.

“There are three of us and we are basically competitors. [Yet] the three of us talk all the time. We all share the same goal to improve our community. This is what it is meant to be,” Jones said, referring to the very active DevRel Collective Slack Community.

Jones was worried about becoming a glorified sales rep, so she had a lot of conversations with the different companies courting her before accepting the role at Applitools.

“I’m not going to become a cheerleader for all. I like your product but that’s not all I’m going to talk about,” she said. “It was an important decision — what is it that I’m advocating? I don’t want to align my reputation and my brand with something I don’t believe in. It had to be something I believed in and was helpful for my community.”

When asked in the end if her role is a good one, Jones says “It all boils down to motives. If your motive is to educate the community, to genuinely help people, to build better products for your peers. However, if your motive is just to push your company’s product down people’s throats or if you don’t believe in your product,” it’s not a good fit.

Grenié echoed that “The moment you feel that you can’t say things, then you leave and do another job. Your free speech and ability to call bullshit on things” is essential to this job. “If you’re too soft or if you say everything is OK, everything is wonderful, then you sound really like a salesperson.”