NPX vs NPM in a nutshell 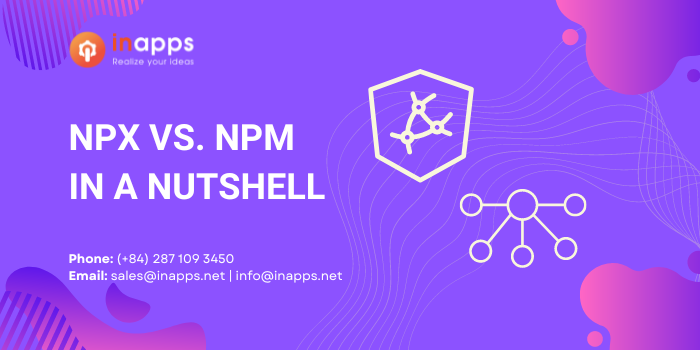 If you have ever worked around with JavaScript, then you must have probably heard about NPM, and NPX. You have may have made use of them to install something. In this article, we will demonstrate to you what they are, the differences between NPX vs NPM, and the many factors it entails.

Now, before diving straight into having an NPX vs NPM comparison, let us first understand each one of them individually. One of the most fascinating, prominent, and popular languages out there undoubtedly is JavaScript. So, anytime there’s a new term floating around in the programming world, it’s probably JavaScript related. NPX is one such buzz phrase.

NPM is Node.js’s package manager, and is used to install and save Node.js packages. It works by downloading the package (either from a remote repository or from a CDN) and then stores them in the directory automatically, that way it can then be accessed later on for installation.

NPM comes with an extensive collection of built-in modules, but there are plenty of other modules available as well for download!

On the other hand, What is NPX? It’s basically short for Node Package Execute and comes with npm, which automatically installs npx when you have installed npm above 5.2.0. It’s an npm package runner that can run any package from the command line.

NPX, otherwise known as Node Package Execute, is a package runner that can run any package from the npm registry. It has been out since March 2017 and is simple to use with no configuration needed, thanks to it being an npm package runner.

However, you have to make sure that you do not get confused with similar stuff out there. In such a case, we would like to clarify briefly what Node and NPM are and how they differ. 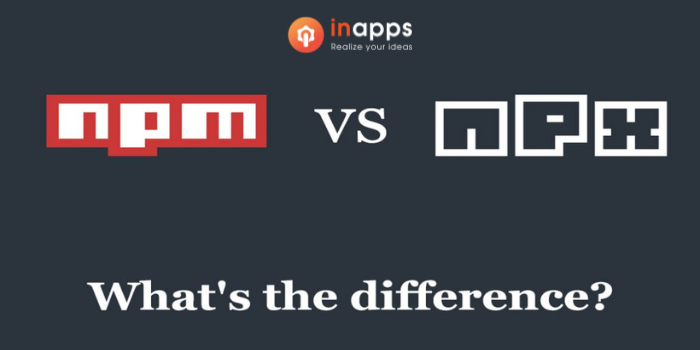 What do we understand by NPM?

NPM is short for Node package manager and is known to be the largest software registry in the world. It is the default Node.js package manager. It is actually written in JavaScript and was originally released on 12th January 2010, by Isaac Z. Schlueter. For node.js, npm manages all packages and modules and comprises the npm command-line client.

Node is the platform that all webpages are built on. It is used to communicate between different servers with API’s and HTML, CSS, and JavaScript. Node never sends any data over the wire; everything is sent through an API call. The API call can be JSON or XML formatted.

Also with the installation of node.js, it gets installed into the system. In the Node project, the packages and modules needed are installed using npm. A package includes all the files required for a module, and JavaScript libraries are modules that would be included in the Node project as required by it.

You need to install Node.js to have npm installed on your system. A CLI that could be used to download and install packages is included with npm.

We first need to build package.json to begin to work with npm (this file contains much project-relevant metadata. The file is used to send npm data that enables the project to be defined and the dependencies of the project to be handled) by executing the following command:

This command generates the package.json file with the default configuration in the current directory since we made use of the -y flag. We may run the following command to add packages from the npm registry: 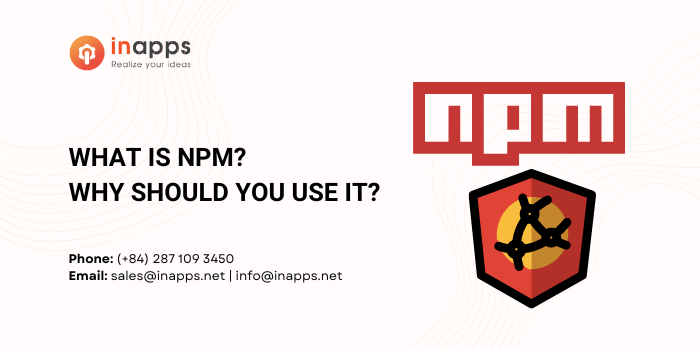 We all use NPM in one way or the other, be it for installing AngularJS modules, Babel, Gulp or even TypeScript. But what do we understand by NPM? Let’s find out! Npm comprises of 3 major aspects:

What is NPM used for?

NPM is a package manager for the JavaScript programming language. It is an open-source project started by Isaac Schlueter in 2009 and since then has been used as the default package manager for Node.js. In this part, we discuss what NPM is and how it works to help you learn more about why it’s such a popular tool:

What do we understand by NPX?

Npx is a package runner. It can be used to run any package installed in your node_modules directory. The point of it is that it does not require you to install the package globally to be able to use it – you just need to type npx plus the name of the package.

Npx is basically short for Node Package Execute and comes with npm, which automatically installs npx when you have installed npm above 5.2.0. It’s an npm package runner that can run any package from the npm registry that you like without even downloading that package.

It’s an npm package runner that can run any package from the npm registry that you like without even installing that package. The npx is beneficial for a single package of time consumption.

NPX is also a CLI application intended to enhance the experience of using the npm registry packages (npm version 5.2.0 NPXis pre-bundled with npm – tnx StefanT123 ). It is simple to run any kind of Node.JS-based executable with NPX. Let’s look at some examples:

We have two options for implementing Eslint:

Since all the executable nodes in the .bin directory running the above command are not so user-friendly, we can make use of npx: instead which can work in a better way for us.

When you do not wish to use NPX for any reason, you can install eslint globally:

The package will now be installed in node modules in the user directory of your computer, which ensures that you can execute eslint globally in any directory. 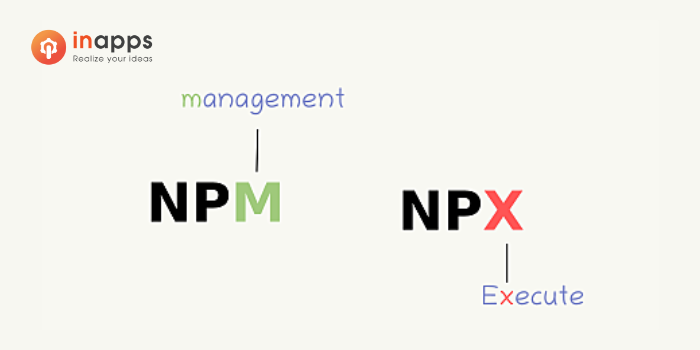 How to update NPX?

Npx can be used to quickly and easily execute any and all npm packages. It also provides an alternative to using the long NPX- or NPM-specific commands that we’ve been using up until now.

The nice thing about npx is that it runs as a separate process, meaning that any errors don’t stop other tasks from working as expected. Let us see some of the features of NPX:

What is the Advantage of NPX?

Installing npm packages globally a lot of times needs sudo. With npx, you can easily execute a node executable anywhere without sudo.

When you just want to give it a whirl, you don’t have to install a CLI tool from the npm registry.

You may also use npx to run your scripts without adding $PATH variables.

Intriguingly, you may mix npx powers with an executable node package in the npm registry that installs a binary node into your project (so that you can provide a local version of a node that is different from that of your device and handle the node as a standard dependency) much like nvm.

You can run commands that have various versions of Node.js with this mixture.

NPX vs NPM: The Difference

The following difference between NPX & NPM will make things even more clear to you. The difference will point out how each one of them is different from the other. Let us go ahead and see how both of them are different from each other:

Till now all of us might have gotten an idea that npm is a Node.js package manager whose purpose is to handle automated dependencies and packages.

Read More:   When do we need a mobile app and how to marketing your app with the lowest budget?

This implies that we may specify all our dependencies (packages) for a project in the package.JSON file and when anyone has to install the dependencies, they can simply run npm install and they will get what they are exactly looking for.

It also offers versioning, i.e. it allows us to define which versions of the dependencies the project relies on so that we can avoid changes from destroying our project or using our preferred version for the most portion.

Whereas, npx is a Node package execution tool and comes bundled with npm beginning with npm5.2 version onward.

Summing up what NPX really does:

This behavior is the default one for npx but it has certain flags that can be made to use to prevent it. For instance, if we run some-package npx —no-install indicates we’re telling npx that we must only try to run a package called some-package, without having to install it if it was never made to install before.

What is the importance of NPX?

NPX is also a CLI application intended to enhance the experience of using the npm registry packages (npm version 5.2.0 NPXis pre-bundled with npm – tnx StefanT123 ). It is simple to run any kind of Node. JS-based executable with NPX.

What is the importance of NPM?

What is the prime comparison between NPX and NPM?

How to use NPX?

To use NPX, you would run a command like this:

One great way for you to see how quickly NPX works is to create a react app using:

The above command will generate a react app, named my-app, in the path that the command was run in using the create-react-app package. NPX then searches for the package in your environment. If it is not found, NPX downloads the files and runs the command to create a new react app, using just that one line of command.