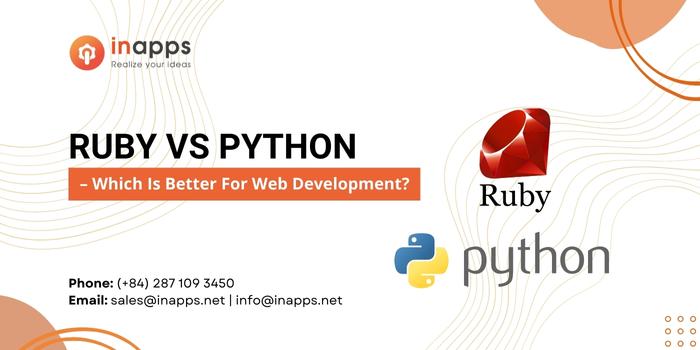 Two of the most popular programming languages- Ruby and Python. Both languages possess different philosophies, came around the mid-90s to address various needs in the programming community. They’re both flexible, object-oriented languages, dynamic, and have a lot of different functionalities, required to empower web development.

Both frameworks provide views, controllers, and models to power your web application and an API that offers endpoints to address your needs.

When you are planning your new web development project this 2021, choose a framework that can provide every tool you need. And both Ruby and Python seem to be the perfect answer to these specific web development needs.

However, Django which uses the python language is rapidly growing in terms of popularity in comparison to Ruby on Rails. Let’s understand both Ruby and Python to find out the best one for web development.

Ruby Vs Python – A detailed Comparsion 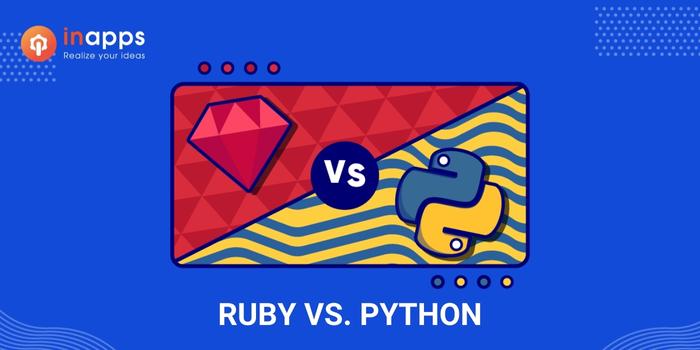 Ruby was created by Yukihiro Matsumoto and released in 1995. It is a dynamic, open-source programming language with a focus on simplicity and productivity. It has an elegant syntax that is natural to read and easy to write.

Ruby is one of the most popular development languages which most IT professionals prefer for developing highly interactive applications due to the following reasons:

1. Less coding: Ruby works on the concept of less coding and more functionality. Some of the primary principles of ROR include Create, Read, Update, Delete (CRUD), convention over configuration (COC), and KISAP (keep it simple as possible).

2. Quick to embrace new things: The programming process is much faster than other languages and frameworks. It is suitable for RAD (Rapid Application Development) as it accommodates changes seamlessly and faster.

3. Based on agile development principles: The task is divided into small parts so that each task can be executed quickly.

5. Free to use: Ruby is an open-source programming language, which means it’s available free of cost. It is an ideal language for start-ups, and simple coding makes it one of the best options available for developers.

Python is an interpreted, object-oriented, high-level programming language with dynamic semantics. Its high-level built-in data structures, combined with dynamic typing and dynamic binding, make it very attractive for Rapid Application Development, as well as for use as a scripting or glue language to connect existing components together.

Python’s simple, easy-to-learn syntax emphasizes readability and therefore reduces the cost of program maintenance. Python supports modules and packages, which encourages program modularity and code reuse. The Python interpreter and the extensive standard library are available in source or binary form without charge for all major platforms and can be freely distributed.

Programmers love Python because of the increased productivity it provides, no compilation step, and the edit-test-debug cycle is incredibly faster.

Debugging Python programs is easy: a bug or bad input will never cause a segmentation fault. Instead, when the interpreter discovers an error, it raises an exception.

When the program doesn’t catch the exception, the interpreter prints a stack trace. A source-level debugger allows inspection of local and global variables, evaluation of arbitrary expressions, setting breakpoints, stepping through the code a line at a time, and so on.

The debugger is written in Python itself, testifying to Python’s introspective power. On the other hand, often the quickest way to debug a program is to add a few print statements to the source- the fast edit-test-debug cycle makes this simple approach very effective.

Differences between Ruby and Python

Python and Ruby are the best new-generation high-level languages that focus on simplicity and providing the developers ease of doing things faster ( rather than strict hierarchy and syntax correctness).

Though both programming languages are quite similar, they differ in terms of language, flexibility, web frameworks, and a few other factors.

Ruby is a flexible, easy to code language for web developers, where they can practice numerous tricks hassle-free for developing web apps. On the other hand, Python integrates a more direct approach where everything is precisely visible to the web developer.

Ruby offers multiple ways to accomplish a task, which sometimes accelerates the complexity levels. Python works on preferably only one obvious way to do a task. Though Python’s code is not flexible, it is more readable to even the amateur programmers.

When it comes to popularity, Python is more popular by being the 3rd most used language for web development.

Testing the code is a must followed and the most crucial step during the development process. Both Ruby and Python possess capable toolsets for effective testing and troubleshooting.

Both Ruby and Python help you build responsive web applications, they deliver similar performance. Both languages are based on the MVC framework and provide traditional models, controllers, views, and database migrations.

Reusable codes in Ruby are known as “Gems” whereas, in Python, they are called “Modules”.

In Python, the modules are available through PyPI, and the user can search for more than 1,50,000 modules. In Ruby, the users can search around 1,50,000 gems.

Both Ruby and Python are popular for web development. Ruby’s prowess can be seen on popular websites like- Apple, Airbnb, Groupon, Shopify, Twitter, and Github.

While choosing a programming language for your next web application project, performance must not be a deciding factor as the initial objective of the coding is to solve the proposed problem. If you decide on selecting an open-source programming language, the possibilities are that an optimized library must already exist for achieving the intended goal.

Python is hands-down easier & quicker to learn. The syntax is simple to understand, and more readable to the beginner. Ruby might take more time to get used to, but Ruby on Rails has built-in features—like scaffolding and Active Record, to accelerate your development. As soon as you know them, you’ll be able to build a CRUD application with API access in a matter of few minutes.

Similarities between Ruby and Python

First the similarities.- Both are high-level, object-oriented languages. Both provide an interactive shell, standard libraries, multiplatform support across Linux, Unix, Windows, and other operating systems, as well as persistence support.

They are both excellent for web development, more so when you take advantage of each language’s purpose-built web frameworks – Django for Python and Rails for Ruby.

The similarities between the Ruby and the Python are as follows: 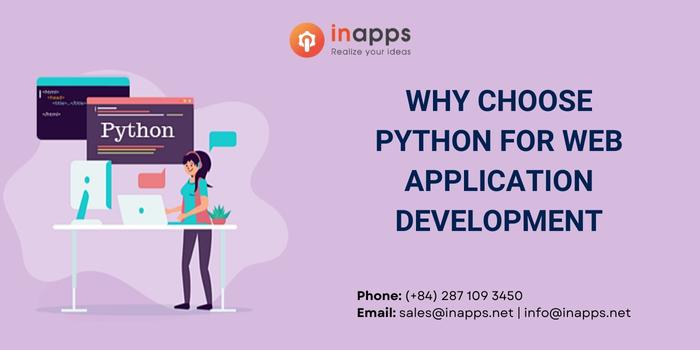 Python’s popularity is influenced by the countless benefits that it offers, including elegance and simplicity. No doubt, it is one of the best programming languages used worldwide in simple to complex web application development projects.

It has been widely accepted across different domains, including healthcare, finance, travel, transportation, etc. The following are the main reasons why Python is popular among developers for web development:

1. Easy to use and read: Python is easy to use and understand because it is similar to the English language that we use in our everyday life. It integrates simple syntax, and every element has a concise and transparent relationship with each other.

6. Portability and interactivity: Python can be easily embedded in a wide range of applications, even if they use different programming languages. It is easy to fix modules and extend the Python core vocabulary and connect diverse elements.

Python or Ruby for the next web development project?

Python, a flexible programming language that is easy to understand, easy to scale, and highly readable across multiple platforms, allows developing simple and clear applications right from small-scale projects to complex applications.

It is considered an ideal choice for beginners in development to start with, as well as start-ups as it reduces development risks. Also, if you want to use a language that’s widely applicable and proficient with managing data analytics, then again Python is an ideal option.

Henceforth, we can say that Python is the best choice for web development.

What does the future hold for Ruby or Python?

Moreover, they offer clear design and abstraction attributes, which makes them future-ready application development platforms. To sum up, since Python doesn’t only rely upon web development, it infers better longevity than Ruby.

Ruby Vs Python – At A Glance

After doing this Ruby Vs Python comparison, one thing is clear both are equally capable, which language is better for your project, which is the main deciding factor ultimately. In fact, many of the changes and new features in Python are first tested in Ruby.

Also, when looking to add more features to your web application, like machine learning or other areas, Python is a perfect choice as it has libraries that support other fields.

Ruby focuses on giving developers the freedom to do whatever they want and staying out of their way, whereas Python developers are somewhat conservative and value stability over change. (developments and new features are slowly added)

Both Ruby and Python are fast and simple programming languages. For projects that include a lot of data computing, processing, and analytics, Python is probably the best option. However, Ruby suits projects that are traffic-heavy and involves rapid prototyping.

We at InApps are focused on delivering excellent development services and also fulfilling your app maintenance needs.

Top companies and startups hire remote react developers for their products, projects, MVPs, and proof of concepts (POC). Hire a Python developer from InApps to make your application strong in performance, reliability, and scalability.

If you’ve enjoyed this article, take this chance to check our latest work as well. Do share it and reach us with questions, comments, or any insights you may find useful about web development!

And, if you think we can help you with any of the above-mentioned projects, feel free to reach us. We look forward to hearing from you!

Read More:   Update 3 Challenges to Monitoring StatsD and How to Tackle Them
Rate this post