Aside from Silicon Valley/San Francisco, these are the biggest tech hubs in the world, according to a recent KPMG survey.

According to a recent survey conducted by Dutch accounting giant KPMG, the Top 10 cities globally, outside of Silicon Valley/San Francisco, that lend themselves perfectly to being hubs for innovation in the tech space are as follows.

Cities being considered Innovation Hubs have been influenced by factors such as proximity to a research-intensive university and access to a vibrant and energetic lifestyle that will attract young professionals, thereby contributing to a skilled talent pool. 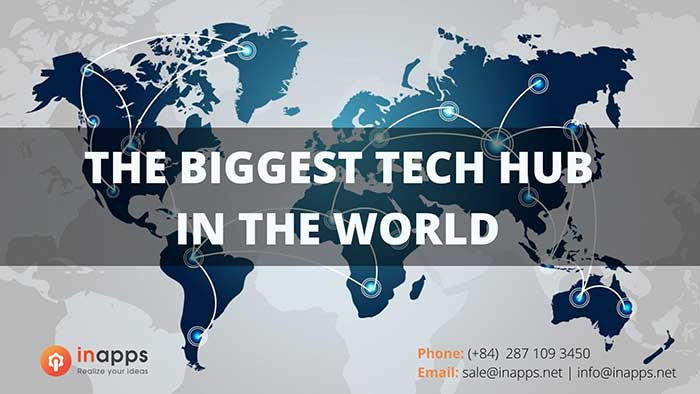 The biggest tech centers in the world

Bengaluru, also known as Bangalore, is India’s high-tech epicenter. With companies such as Infosys, Tech Mahindra, and SAP Labs India establishing themselves in the city, it has become a significant draw for talent from all over the country and worldwide.

This sprawling metropolis, which boasts the Hong Kong Science Park, is widely regarded as a center of innovation. Hong Kong is home to 600 technology companies and approximately 13,000 tech talent. 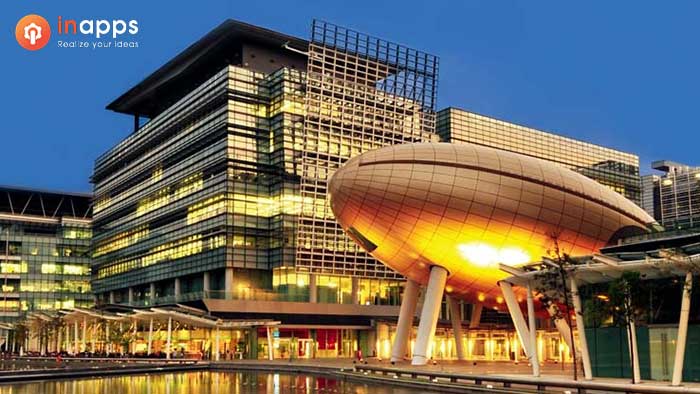 Tokyo is quickly becoming another hotspot for tech startups. Japan has been the world’s most active industrial robot manufacturer for decades, producing more than half of the global robotic supply. It didn’t take long for other tech industries to emerge.

Today, Japan is one of the best places for fintech and other tech startups to make a name for themselves. According to the Global Financial Centres Index, the country is the third most competitive financial center globally.

Furthermore, the Tokyo Metropolitan Government established the Tokyo Financial Award in 2017. The award is given to financial institutions that provide innovative products and services that meet the needs of the people of Tokyo. It also aids in the promotion of ESG investments in the city.

In addition, the Japanese government announced its “Beyond Limits, Unlock Our Potential” strategy. The initiative aims to strengthen the startup ecosystem in the country. The plan includes entrepreneurship education, improved accelerator programs, and a startup hub in the city. Former Prime Minister Shinzo Abe also laid out the country’s plan to create at least 20 tech unicorns by 2023. 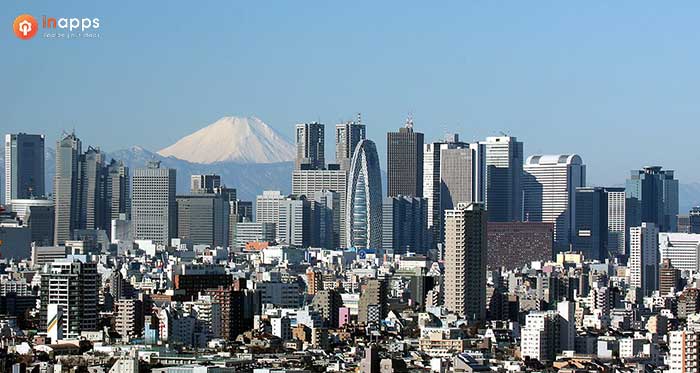 Shanghai is dedicated to assisting businesses in their efforts to innovate. The city is home to Zhangjiang Hi-Tech Park, also known as China’s Silicon Valley.

It has over 400 R&D centers and has attracted over 1,000 startups, the majority of which are in the education technology and gaming sectors.

China is also the world’s largest mobile gaming market. The country accounts for more than a quarter of global gaming revenue. On the other hand, Shanghai is home to more than 130 gaming startups.

The city’s deal-making scene is also thriving. In fact, between 2015 and 2017, EdTech firms received approximately US$1.3 billion in venture funding.

London, where Alicorn is headquartered, is no longer just Europe’s global financial center; it quickly becomes a central tech hub. Many regard the city as the world’s third most crucial innovation center today.

According to a Business & Industry report, UK tech investments surpassed £10 billion for the first time in 2019. The local technology industry grew six times faster than any other. A startup visa program has contributed significantly to the growth of London’s tech hub.

The city launched a two-year visa route in 2019 that allows early-stage but high-potential entrepreneurs to enter the country and establish a business to entice potential investors.

If you’re about to launch a startup, London has three things going for you: easy access to investors, consultants, and experts; networking opportunities; and a great talent pool. Meanwhile, if you are an established entrepreneur, you can benefit from the guidance of the city’s 125 incubators, which can help you grow your business even further. 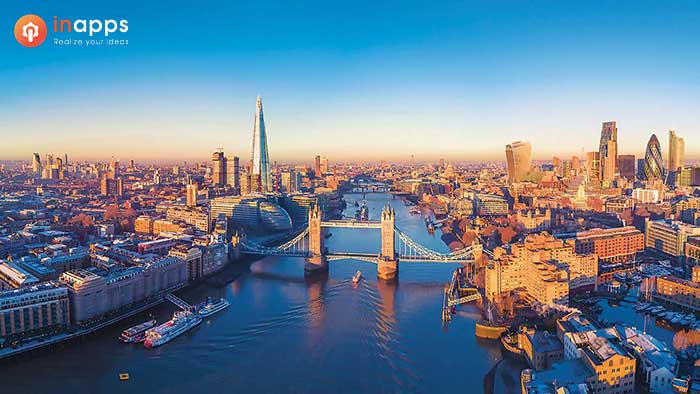 Beijing, China’s capital, has a plethora of innovation resources, including 90 universities, 1,000 scientific research institutes, and the Zhongguancun Hub, which houses 9,000 tech companies such as AI champion Baidu and social media behemoth Sina Corp.

Tel Aviv may be the fastest rising of all the global tech hubs on this list. This Mediterranean coast city has the highest number of startups per capita globally, with has over 100 foreign R&D and innovation centers, including Amazon, Barclays, Facebook, and Google.

Tel Aviv has established itself as a significant AI development hub. The sector accounts for more than 40% of all startups in the city. AI firms also employ a quarter of Tel Aviv’s total workforce. Medical, automotive, aerospace, and cybersecurity industries thrive in Nonstop City.

Every year, Israel exports cybersecurity products worth up to US$6.5 billion. It was also the first to offer a Ph.D. program in cybersecurity. There are now six cybersecurity university research centers in operation in the country.

The Israeli government also well-support local businesses. This is one of the many reasons the country is such an attractive place for startups to invest.

Israel provides secured loans to businesses in need of capital and encourages institutional investors to enter the market. The Ideation (Tnufa) Incentive Program, for example, was established to assist new entrepreneurs in developing innovative concepts. It provides grants of up to 85% of approved expenses.

The Tnufa fund is open to both domestic and international investors. Entrepreneurs who have no ties to Israel can apply for funding after obtaining a visa. Once they have done so, they are eligible for financial assistance if their operations remain in Israel. The Tnufa fund enables recipients to pursue their business ideas without incurring debt.

As part of its COVID-19 policy, the Israeli government launched a US$462 million+ support plan. The program includes a US$200 million+ aid package for small and medium-sized businesses administered by the Israel Innovation Authority.

Israel’s ecosystem is still very stable. Israeli companies and startups raised nearly US$9.5 billion in the capital in 2020 alone. 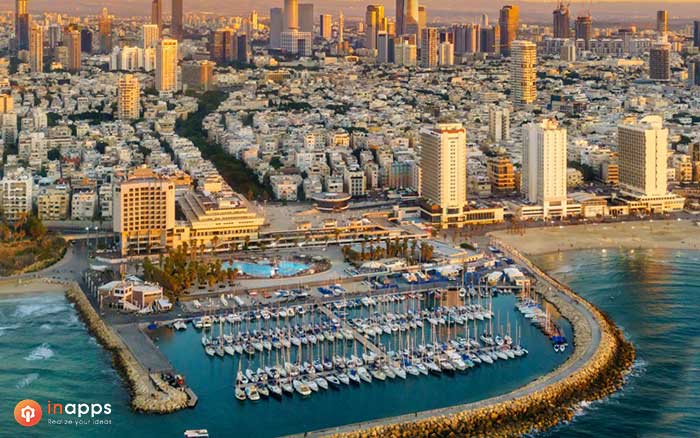 Over the last few years, the Big Apple has made significant technological strides. AI, big data analytics, cybersecurity, and education technology are the subsectors driving this.

In total, New York has over 100 startup incubators and 9,000 startups. In 2020, 886 companies in this tech had received approximately US$16.2 billion in venture capital funding. So, New York deserves to be called the biggest tech hubs in the US. 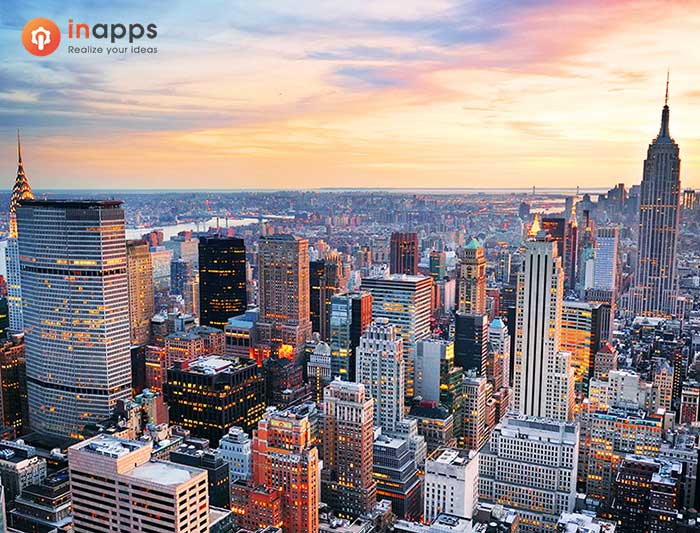 New York – Largest tech hubs in the US

Singapore’s land area isn’t as large as Tokyo or Shanghai’s, but it’s still an Asian financial and technology powerhouse. What the city-state lacks in size, it more than makes up for tenacity. Singaporeans are among the most hardworking people in the technology industry.

In addition, the Southeast Asian hub benefits from innovative business strategies and a pool of highly skilled talent. The government’s primary goal is to foster creative culture by attracting talent with the right mindset.

Businesses benefit from various other advantages, including low taxes and abundant investment opportunities. They also benefit from the city’s IT infrastructure, which is widely regarded as among the best in the world.

Singapore attracted US$17.2 billion in fixed asset investments in 2020, demonstrating its resilience at a time when many other ecosystems were failing due to the COVID-19 pandemic.

The government also increased its commitment to business growth by investing US$19 billion in enterprises as part of its 2020 Research, Innovation, and Enterprise plan.

According to a new report released at the World Economic Forum’s annual meeting, Vietnam is one of the most dynamic countries globally, with Ho Chi Minh City named among the top ten cities that have successfully embraced technological change for growth.

Ho Chi Minh City is classified as a “High Potential City,” with the potential to become one of the best tech cities in the world due to low costs, rapid consumer market expansion, and high levels of foreign direct investment.

If you’re looking for the best in Ho Chi Minh Outsourcing, be consider InApps. When you choose InApps for your outsourcing project, you will receive competitive pricing, complete transparency, and expert advice from our teams.

Above is “Biggest tech hubs in the world.” We hope this article has been of great assistance to you all. Thank you for your time.