WHAT IS THE AVERAGE SALARY IN THE US FOR FRONT END DEVELOPERS?

Do you need a dedicated development team or a single developer in the United States? Are you wondering what is the average salary in the US? Let us assist you in locating the solution.

Software engineers earn different salaries depending on the technology in which they specialize. Many factors, such as skills and experience, influence the rate of a developer. 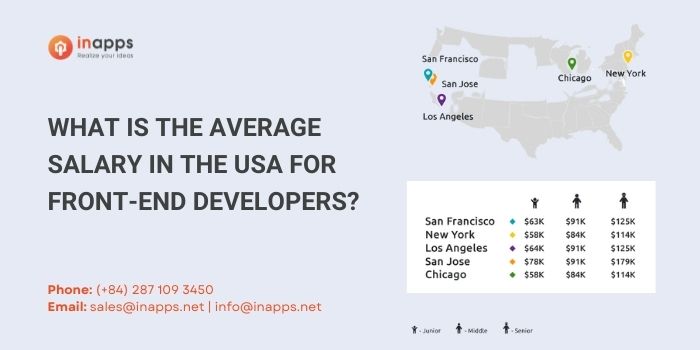 What is the average salary in the US?

What is a front end engineer?

The front-end of a website is the aspect with which users interact. Everything you see while browsing the web, from fonts and colors to dropdown menus and sliders.

They design and optimize systems, participate in testing and troubleshooting, and resolve accessibility and browser compatibility issues. They frequently act as a bridge between the user and the backend developers, and they modify tools and platforms to adapt to real-world use situations.

Skills required for a frontend developer include:

The difference in Roles of Front-End and Back-End Developers 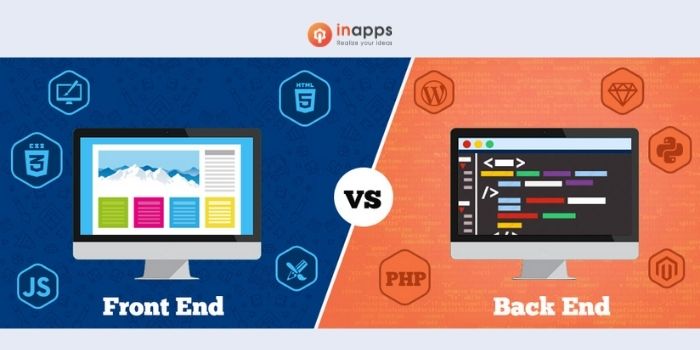 Because front-end development involves the user interface of software, web, and mobile apps, developers design the visuals, layouts, and interactions.

Backend developers work on the server-side of apps and software behind the scenes. They facilitate the exchange of information between what happens on the client-side and the databases. Backend developers’ primary responsibility is to write code and work with APIs, server logic, integration, and other processes to make your product work.

Front end vs Back end Salary in comparison

What is the average salary in the US for front end developers?

How much does a front end developer make? – Compare on states of the US 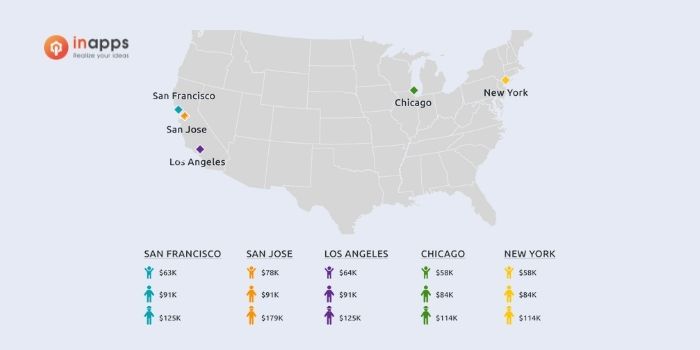 What is the average salary in the United States?

How much do front end developers make in the US?

Web designer salary entry-level in Los Angeles starts from $64K. And $125K is offered for the senior level.

How much does a front end developer make? – Compare on skills 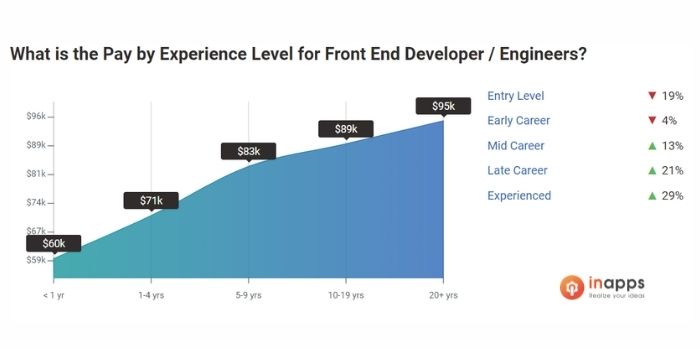 Most Popular Front end Technology in the world?

Finding the best technology to use can be time-consuming because you have to consider numerous factors. These data can help. According to Stack Overflow, JavaScript is the most popular front-end technology. Nearly 70% of front-end developers use it as their primary technology. And React.js is the most frequently used front-end framework.

Which is the best place to hire Web Front end Developers?

Hiring offshore front-end developers may be more cost-effective. Southeast Asia is an ideal destination that has skilled talents with salary rates lower than US rates. Notably, Vietnam has many IT universities and hubs to train new front-end developers ready to make their mark in the global talent pool.

In recent years, Vietnam has been the destination for IT outsourcing thanks to the competitive labor costs compared to other countries, a large pool of IT talents with foreign language proficiency, and open policies regarding foreign companies of the government. During COVID-19, Vietnam is also one of the Safest Countries.

DROP US A LINE and get access to the best talents.

Update Getting the Best of Remote Developers for Mobile app Development

Getting the Best of Remote Developers for Mobile app Development is an article sent to you by the InApps editorial team. Hope readers will have more useful…

Managing Customer Privacy with iBeacon and the New iOS Swift Codes is an article sent to you by the InApps editorial team. Hope readers will have more…

Enhance Internal Communication Experience with Laravel Web Application is an article sent to you by the InApps editorial team. Hope readers will have more useful knowledge at…