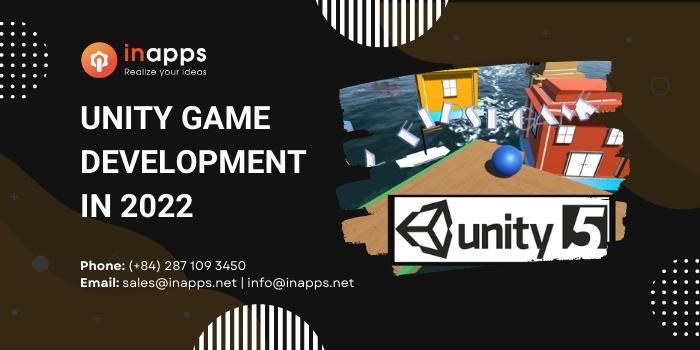 Almost everyone is fascinated with playing games. Especially these days, we have games available in multiple genres, scenarios, and multiple viewing angles, making the whole gaming experience to another level of excitement and fun.

But we forget the big question in all this- How are games developed and what mechanics goes into making a game what it is?

In this article, we are going to discuss how games are developed, especially in Unity since it enjoys unanimous popularity in game development.

Before developing games you should have a basic idea of programming languages it will help you in understanding the curve of learning game development – Programming Languages For Beginners. Let’s start!

Examples of top games made via unity game development are: 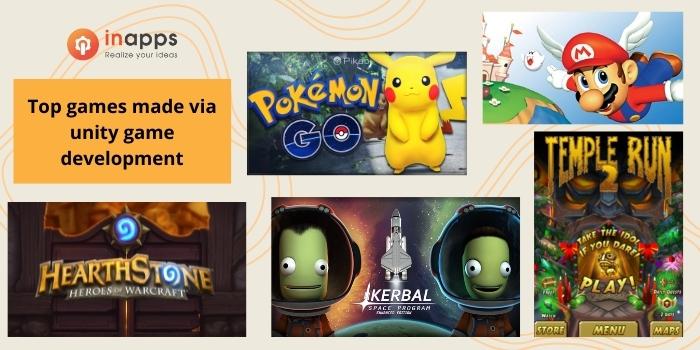 But before jumping into the discussion of Unity, let us discuss game development:

What is Game Development?

Game development, production, or design is a process that starts from an idea or concept. Often the idea is based on a modification of an existing game concept. The game idea may fall within one or several genres.

According to Wikipedia– Game Development is the process of developing a video game. The effort is undertaken by a developer, ranging from a single person to an international team dispersed across the globe. The development of traditional commercial PC and console games is normally funded by a publisher and can take several years to reach completion

Indie games usually take less time and money and can be produced by individuals and smaller developers. The development is usually done by using game engines like Unreal and Unity.

Now that we have described game development, let us look at the Unity game engine-

Unity is so much more than the world’s best real-time development platform – it’s a robust ecosystem designed to enable success. Unity is a cross-platform game engine developed by Unity Technologies.

It can be used to create three-dimensional, two-dimensional, virtual reality, and augmented reality games, as well as simulations and other experiences.

Following are the main features:

Unity is a great tool for prototyping everything from games, to interactive visualizations

1. For developing games – Unity is the most popular software when it comes to game development. It provides you with an untouched product that possesses good documentation and can be used to build games of any genre. Unity is simple to use and provides the best game development experience.

2. To create better user experiences – As we know, Unity is a great game engine. This is mostly due to its beautiful graphics and ability to render in 3D. Unity extends its support to VR and AR. Therefore, it could become a great tool for exploring architecture and automation.

3. For interactive experiences – Unity is very versatile when it comes to creating interactive applications. Its extensibility makes it possible to integrate into whatever existing back ends the applications have.

There is a set of elements that are used to develop a game in the Unity game engine. Let us discuss them and their functions in the game development-

Assets – Assets are basically the project item(s) that can be brought into play in the game or project. An asset can be a file imported from outside of Unity, sound file, images (jpeg, gif, png, etc), textures, or any of the other file types which are supported by Unity. There is also a set of asset-types that can be generated within Unity.

The Project – Project in Unity is a folder that contains the entire game project, along with which it contains the assets associated with the project.

GameObject – In simple terms, GameObject is nothing but each and every project that exists within the game or project. Technically, they don’t append any functionality to your game project but merely acts as holders for components like the Transform, Light, Script, and RigidBody components. Technically, they don’t provide any new features or functions to your game or project but merely act as holders for components.

Components – Components are the fundamental blocks i.e. the nuts and bolts of objects and their activities in the game. They act as functional entities for the GameObjects. By default, every GameObjects has a Transform Component that is set automatically. This is due to the fact that it decides where the GameObject is positioned within the Unity environment.

Scenes – A Scene can be defined as the base. where you can position your GameObjects to create a level of your game or project. One or more scenes (aka, levels) are generally put into a game. These scenes ar linked together for your audience, clearing which they would go to the next level. This helps in making the game long as well as interactive for the users.

Prefab – Prefabs are reusable or recyclable components of the game that are present in the Project View window. It can be introduced into as many scenes as you want. You can generate an instance of the Prefabs in your game that is linked to the main Prefab.

Now that we have discussed the elements of Unity 3D, let us talk about the features of Unity.

This is present in the main editor of the window. The window of Unity 3D is made up of many small individual windows that are rearrangeable. It can be removed from one position and appointed to another position very easily within the main window.

It will display the list of all the assets that are available for use and images, music files, and other additional files you will implement in your project. Assets of the game or project appear in this window when you import them from the project.

In Project View, there is a Favourite section where the items commonly used by you are stored. Therefore, you wouldn’t need to search and select them from any other section.

It allows the developers to navigate the game view and allows them to edit the game scene created by you. It is capable of providing 2D as well as 3D view to the animators. It allows you to change the position of the object and position it correctly.

In this window, the available objects in the game are arranged in the order of their importance. It reveals the formation of attachments of objects with one another. This window acts as a Parent Object. Therefore, the objects added to it become their Child Object.

The Inspector Window does exactly what its name suggests. It allows the developers to inspect the selected object.

Toolbar Window is an important window in the Unity Editor. On the left of the window, you will notice the primary tools that are used for editing the scene view with the objects contained within it.

The important functions of viewing are available in the mentioned window. You can also get access to the Unity Cloud Services using the buttons on the right side and the Unity Account as well, plus the visibility menu & the editor layout menu that will provide some alternating layout for editor-windows.

The purpose of this window is to process the render in the game. This view gives you an overall view on how your game will look from the user’s point of view.

PBR is a short form for Physically-based rendering. PBR is basically used as the rendering engine which enables the materials. For working with this, you would need to have the knowledge of 3D Modeling.

We have discussed a lot regarding Unity till now, about its components and features but it is necessary for us to know its advantages as well. We should know what benefits we are getting by using Unity over other game engines.

1. Platform Support – This is one of the biggest advantages of Unity. It is compatible with platforms like Windows, macOS, iOS, Linux, Android, and many other platforms. Due to multiple platform support, the app developed in one platform can be easily shared with the other platforms. Besides, its methodology allows for speedy prototyping, which in turn reduce the time required to develop apps

2. IDE – The engine consists of an in-built IDE which is used to write the project code. Additionally, the integrated development editor supports programming languages like JScript or C# for scripting. Along with this, it provides features that are suitable for game development.

3. Debugging – Debugging in Unity is a pleasure for every game developer. The support for debugging is nice because all the variables are displayed in the gameplay.

4. Graphics – It supports high-quality audio and visual effects that support easing the game development. The visuals are capable of adapting to every screen and device.

5. Community – Unity enjoys the support of a large community of users that keep the engine updated and offer wide built components for sound, physics, rendering, and controls.

6. Analytics – Unity consists of built-in analytics which you can easily find in the editor. Thanks to Unity Analytics, you can get very deep insights into your game. It gives you information that can be used to improve the gameplay by doing some modifications and offer an awesome gaming experience for the players.

Many leading experts in the gaming industry have speculated that the next big thing in gaming is wearable gaming.

InApps has much experience in developing game apps for clients worldwide. Learn more about future trends of gaining industry or contact us to realize your game app idea.

Unity uses C# as the scripting language for both the Unity editor in the form of Plugins and games. Before C#, it used a language known as Boo which was removed with the release of Unity 5. It also uses a Javascript language known as Unity Script. Unity takes your C#/ JS/Boo code and compiles it to run on iOS, Android, PC, Mac, Xbox, PS3, Wii, or web plugin.

Depending on the platform that might end up being Objective C or something else, but that’s completely transparent to you. There’s really no benefit to knowing Objective C; you can’t program in it.

Is unity a programming language?

Unity is a game engine developed by Unity Technologies. It is one of the most widely used engines in the game development industry. Since it is a cross-platform engine, it can be used to create games for different platforms like Windows, iOS, Linux, and Android.

Read More:   Dot NET vs Java - Which is better?
Rate this post